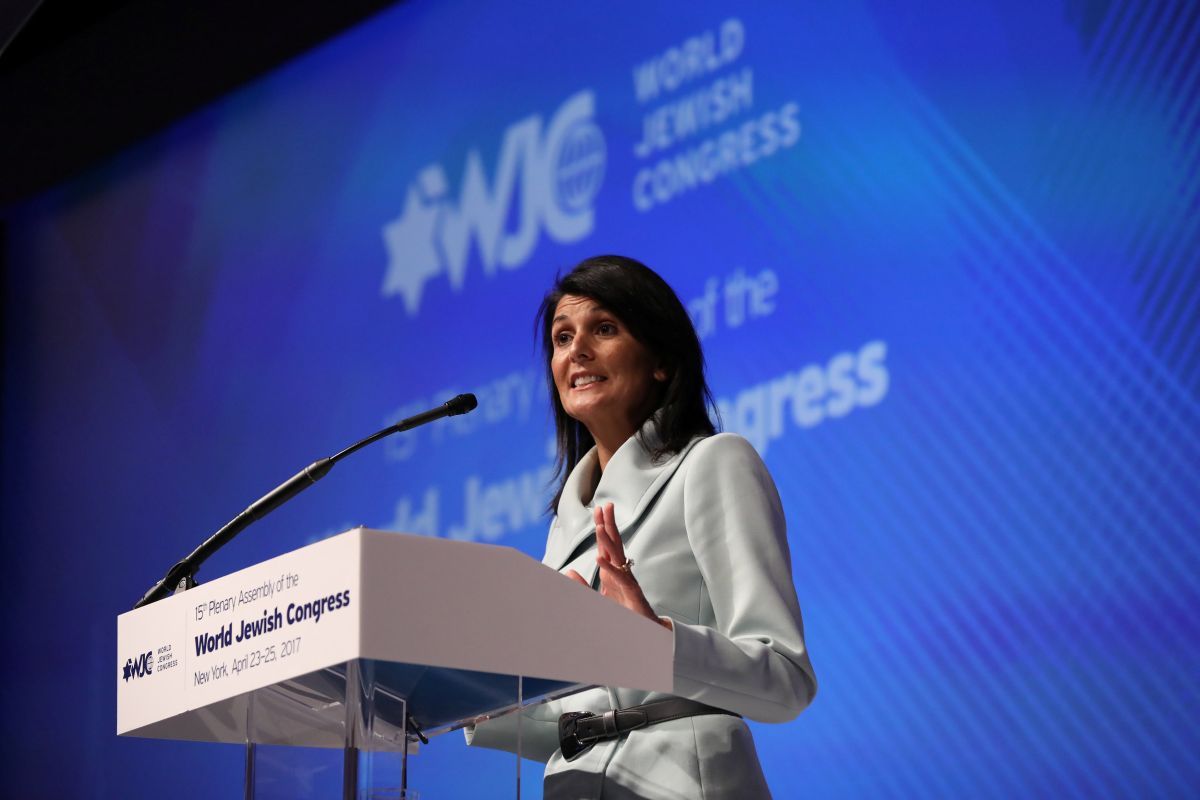 The former South Carolina governor told Trump she wanted to be a cabinet member, on the National Security Council and have the ability to speak her mind, CNN reported.

"I said, 'I am a policy girl, I want to be part of the decision-making process,'" Haley, in an exclusive interview for STATE Magazine with CNN's Elise Labott, said about the conversation she had with Trump.

Haley was initially under consideration for secretary of state, and despite her status as a rising Republican star, said she thought they could find someone with more foreign policy experience.

When Trump officials then asked her to think about the ambassadorship, she later laid out her requirements – all of which Trump was on board for.

Read alsoU.S. not to trust Russia on cyber security despite announced cooperation - Haley"He said, 'done.' And I said, 'I don't want to be a wallflower or a talking head. I want to be able to speak my mind.' He said, 'That is why I asked you to do this.' In all honesty, I didn't think they were going to take me up on everything I asked for. And they gave me all that. So how do you turn that down?"

Since becoming the U.S. ambassador to the UN, Haley has catapulted onto the global stage. She's at the UN in the midst of continued military intervention in Afghanistan, North Korea threatening nuclear war and diminishing diplomatic ties with Russia after fallout from their interference in the U.S. 2016 election.

Additionally, since Trump took office, the U.S. has cut back UN funding, including slashing the budgets for the United Nations' peacekeeping operations.