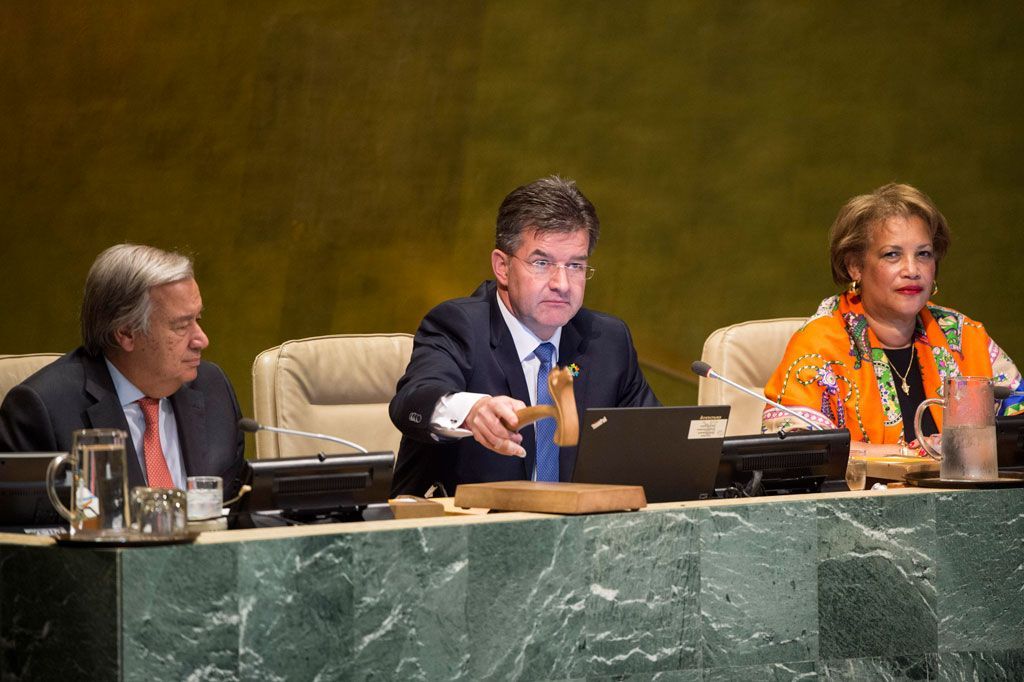 "The UN was created for people," Miroslav Lajcak said in his first address as President of the General Assembly. "The people who need the UN the most are not sitting in this hall today. They are not involved in the negotiation of resolutions. They do not take the floor at high-level events. It is one of the tasks of the General Assembly to make sure that their voices can still be heard," reads the report.

Ahead of today's opening, the career diplomat from Slovakia spoke to UN News about his hopes for his one-year tenure and said that conflict prevention and migration would top his agenda.

In today's address, he noted that while it was "impossible" to select one priority for the UN to focus on this year, his aim will be to strive for balance, so that all points of view are represented.

He also stressed quality and transparency in his future work.

Mr. Lajcak takes the reins one week before the start of the high-level General Assembly debate and said he hoped the 193 UN Member States participating would treat each other with diplomacy and mutual respect.

Read alsoPoroshenko to raise issue on peacekeepers in Donbas at UN General AssemblySpeaking to reporters later in the day, Mr. Lajcak reiterated the importance of using the world body to assist people around the world.

Addressing the opening of the General Assembly, Secretary-General Antonio Guterres also emphasized the importance of focusing on people in the UN's work and underscored his proposed reforms to streamline the Organization.

"People around the world are rightly demanding change and looking for governments and institutions to deliver," he said. "We all agree that the United Nations must do even more to adapt and deliver. That is the aim of the reform proposals that this Assembly will consider."

He added that one key change within and beyond the UN must be the empowerment of women and girls around the world, and highlighted his own roadmap for achieving gender parity.

If you see a spelling error on our site, select it and press Ctrl+Enter
Tags:UnitedNationsGeneralAssembly