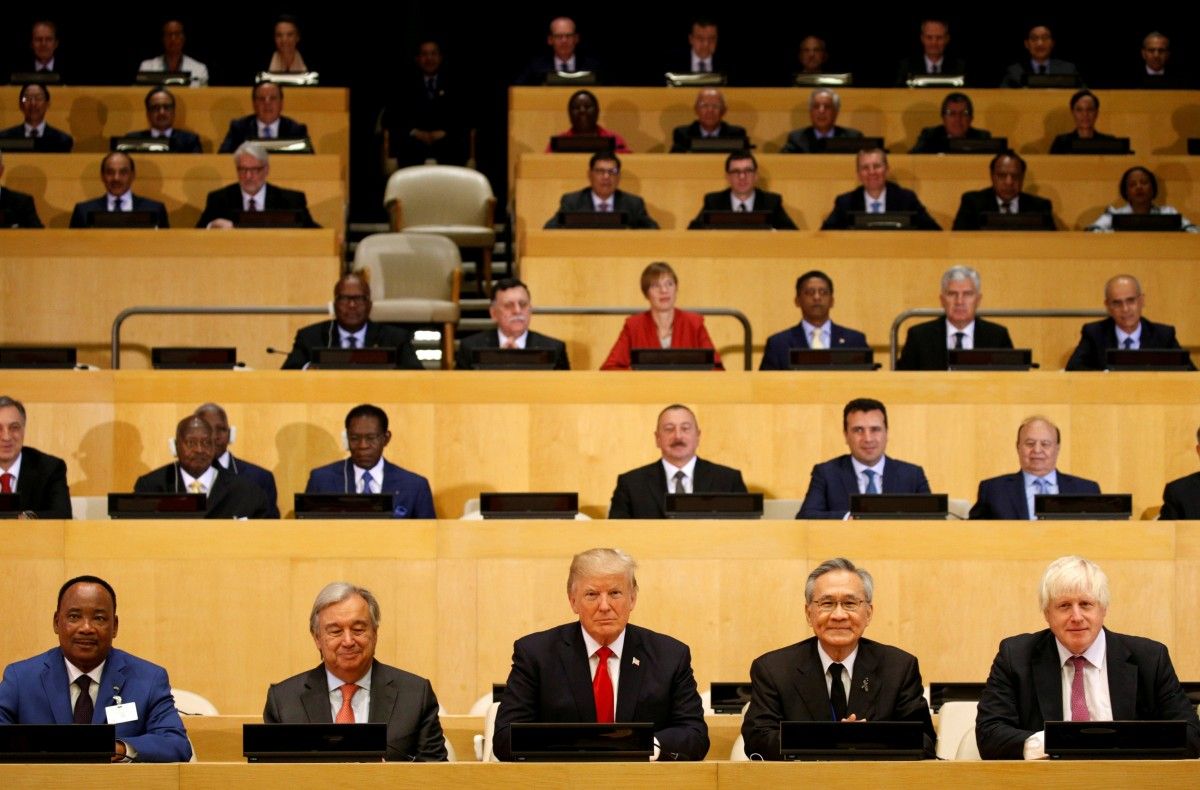 "Our shared objective is a 21st century UN focused more on people and less on process, more on delivery and less on bureaucracy," the Secretary-General said at the event co-hosted by United States President Donald Trump, the news center said.

He added that "value for money while advancing shared values – this is our common goal."

Guterres said someone recently asked him what kept him awake at night – bureaucracy, was the simple answer. "Fragmented structures. Byzantine procedures. Endless red tape," he added.

Read alsoRelease of Ukraine hostages in Donbas, Russia on agenda of Poroshenko's visit to U.S."To serve the people we support and the people who support us, we must be nimble and effective, flexible and efficient," he stated.

The 10-point Declaration for support for UN reforms aims to simplify procedures and decentralize decisions, with greater transparency, efficiency and accountability, according to Guterres.

In recent months, the UN embarked on plans to achieve gender parity among the Organization's middle and senior-management positions, and is working to reorganize the peace and security sections so they are refocused on prevention and mediation.

In his speech on September 18, Guterres also noted reforms to the UN's development system, to become more coordinated, focused on the people and more accountable to better assist countries along the 17 priorities in the 2030 Agenda for Sustainable Development.

These aims, Guterres said, will be measured through "tangible results in the lives of the people we serve" and in "the trust of those who support our work through their hard-earned resources."

The UN chief quoted President Trump who he said on multiple occasions noted that "the UN has tremendous potential."

"All of us have a responsibility to make sure we live up to it," Guterres said.

If you see a spelling error on our site, select it and press Ctrl+Enter
Tags:UnitedNationsDeclarationreformGuterres