Reuters: From Russia with fuel – North Korean ships may be undermining sanctions 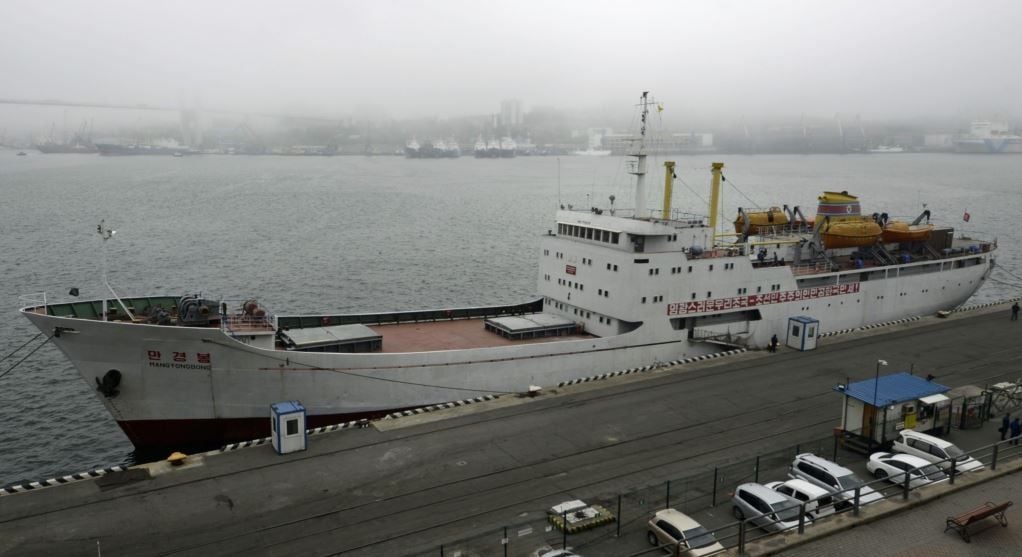 The port of Vladivostok / REUTERS

Reuters has no evidence of wrongdoing by the vessels, whose movements were recorded in Reuters ship-tracking data, it said in an exclusive article.

Changing a ship's destination once underway is not forbidden and it is unclear whether any of the ships unloaded fuel in North Korea.

Changing course and the complex chain of different firms – many offshore –involved in shipments can complicate efforts to check how much fuel is supplied to North Korea and monitor compliance with a cap on fuel imports under U.N. sanctions.

"North Korea employs deceptive practices to conceal the true origins of these goods. Pyongyang has been found to routinely falsify a vessel's identity and documentation."

VOYAGE OF THE MA DU SAN

The eight vessels identified in the tracking data set sail from the Far Eastern Russian port of Vladivostok or nearby Nakhodka and registered China or South Korea as their destination with the Information System for State Port Control.

After leaving Russia, they were next recorded off the North Korean ports of Kimchaek, Chongjin, Hungnam or Najin. None went on to China and most went back to Russia.

All had a cargo of diesel, a source at the company that services vessels in Vladivostok said. Their cargo capacity ranged from 500 tonnes to 2,000 tonnes.

One of the vessels was the Ma Du San, owned by North Korea's Korea Kyongun Shipping Co. It took on a cargo of 545 tonnes of marine fuel at Vladivostok's Pervaya Rechka terminal, owned by Russia's Independent Petroleum company (IPC).

Reuters obtained a bill of lading – a receipt for goods issued when a ship loads up – dated May 19 showing the Ma Du San's cargo came from Khabarovskiy NPZ, a refinery owned by IPC.

The ship set sail on May 20. Documents filed with Russia's Information System for State Port Control stated its next destination as the Chinese port of Zhanjiang and the bill of lading showed it as Busan in South Korea.

The Ma Du San's next recorded location after Vladivostok was inside the perimeter of the port of Kimchaek – all the other ships were tracked only in the vicinity of ports. North Korean ships intermittently turn off their transponders, and satellites cannot track them at such times, U.S. officials say.

Allegations outlined in two U.S. Treasury Department sanctions orders and a legal complaint filed by the U.S. government match the information Reuters obtained on the Ma Du San though the U.S. documents do not name the vessel involved.

If you see a spelling error on our site, select it and press Ctrl+Enter
Tags:RussiaUSAsanctionsNorthKoreafuel