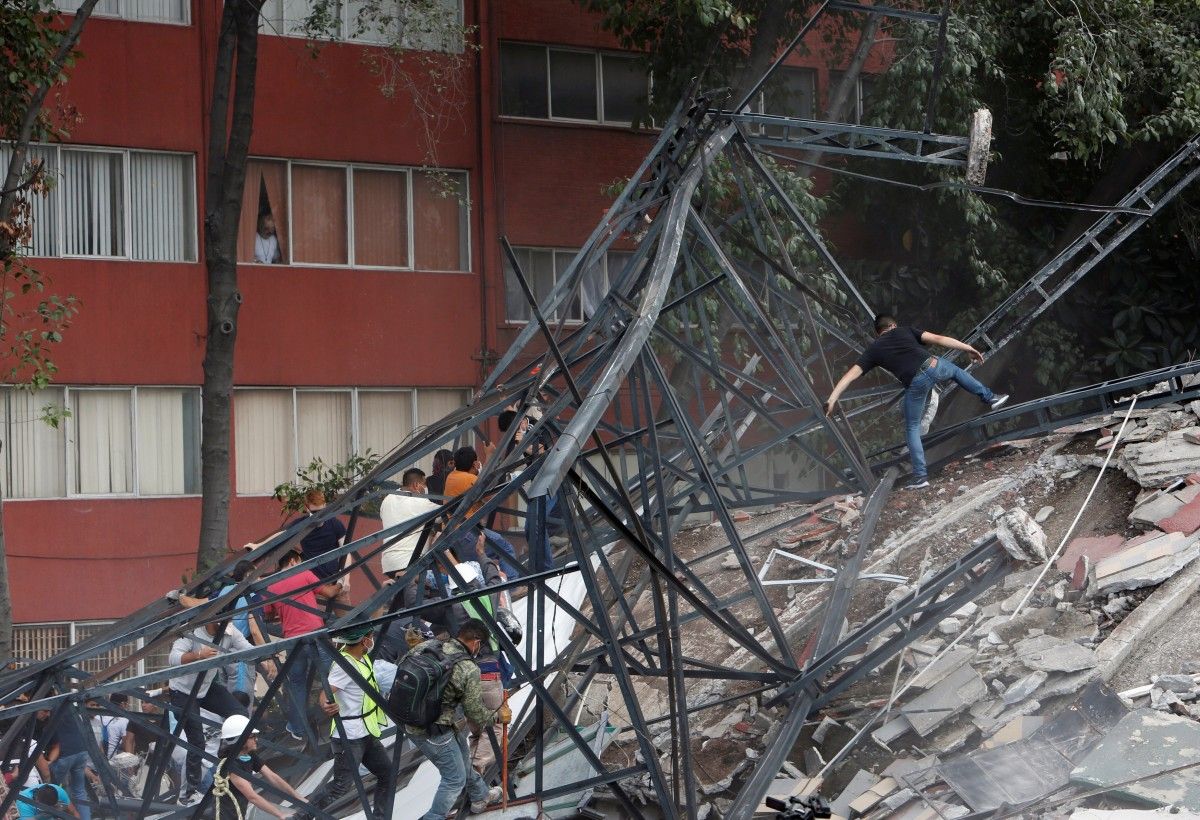 Saturday's quake struck at 12:53 UTC with an epicenter 19.3 kilometers (12 miles) southeast of the city of Matias Romero, in the state of Oaxaca.

The United States Geological Survey said the new quake was relatively shallow and revised its reading down to magnitude 6.1. Initial estimates had put the jolt as high as 6.4.

Milenio TV broadcast images of a bridge that partially collapsed in Oaxaca.

Bettina Cruz, a resident of Juchitan, Oaxaca, said by phone: "Homes that were still standing just fell down."

More than half the dead – 157 – perished in the capital, while another 73 died in the state of Morelos, 45 in Puebla, 13 in Mexico State, six in Guerrero and one in Oaxaca.

"I was frightened because I thought, not again!," said  Alejandra Castellanos after she ran downstairs from the second floor of a hotel with her husband.

"Oh God, have mercy," exclaimed Teresa Martinez, 74, who had run out in to the street for safety. She and other woman stood around in tears.

Luis Felipe Puente, the head of Mexico's civil protection agency said no new damage was immediately reported after Saturday's quake, but rescue efforts had been suspended to see if the new tremors had put workers further at risk.

"So a smaller earthquake can cause the damaged buildings to fail," he said.

As Mexico City's rescue operations stretched into Day 5, residents throughout the city still held out hope that dozens missing might be found alive.