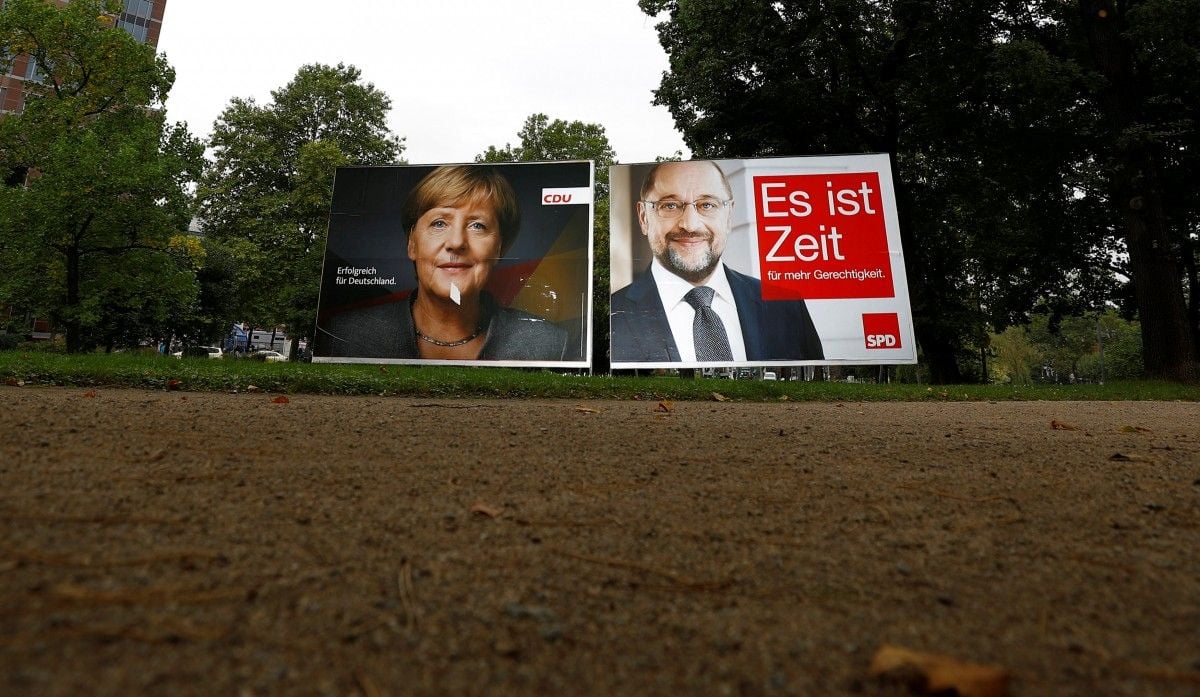 The SPD, led by former President of the European Parliament Martin Schulz, is in second place in the polls - securing around a quarter of the vote, according to The Telegraph.

The AfD - the far-right Alternative for Germany party - had enjoyed a slight rise in the polls in 2016 but have since collapsed into in-fighting and unpopularity.

In reality, the CDU will have to seek a coalition agreement with the SPD or one of the other minor parties to form a government.

It will be clear who has won the election as early as Sunday, when voting ends and the exit poll is released, although it will not be several more weeks until a coalition government is officially agreed.

If you see a spelling error on our site, select it and press Ctrl+Enter
Tags:MerkelGermanyelectionvoting