Hundreds take to streets in Russia’s St. Petersburg for unauthorized rally against war with Ukraine (Photos) 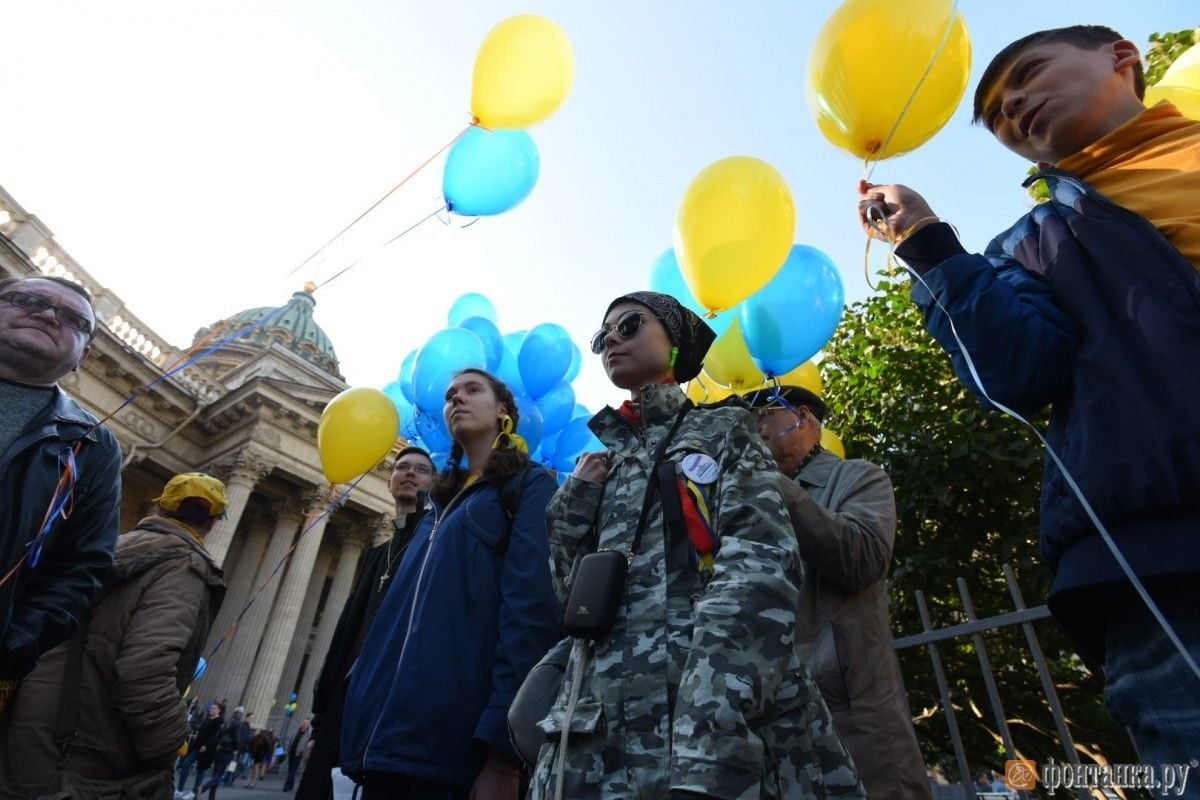 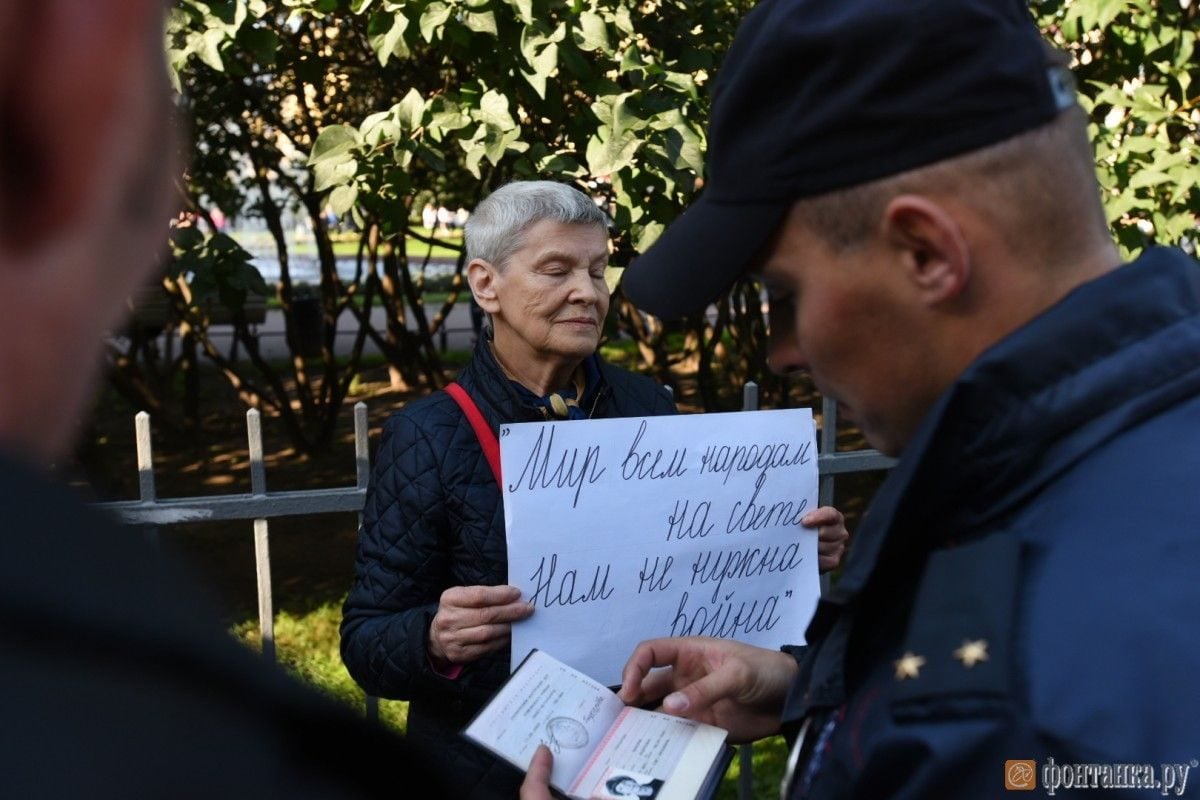 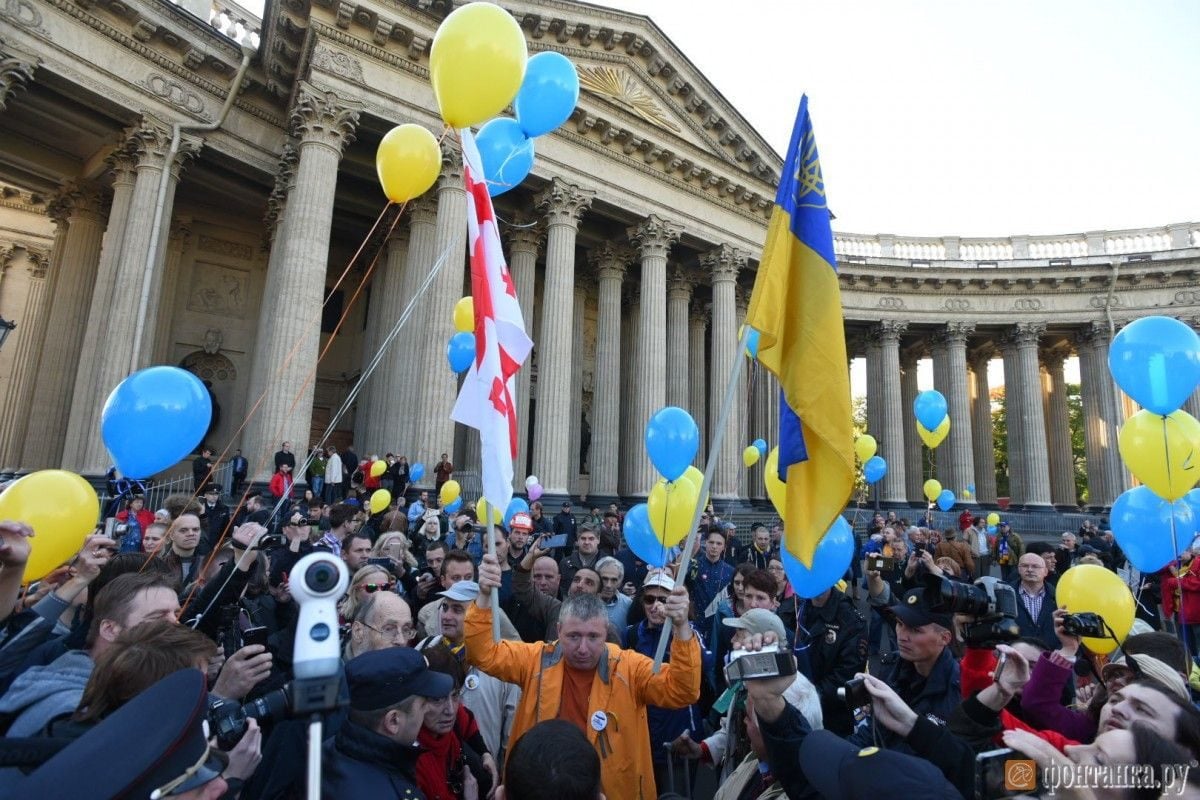 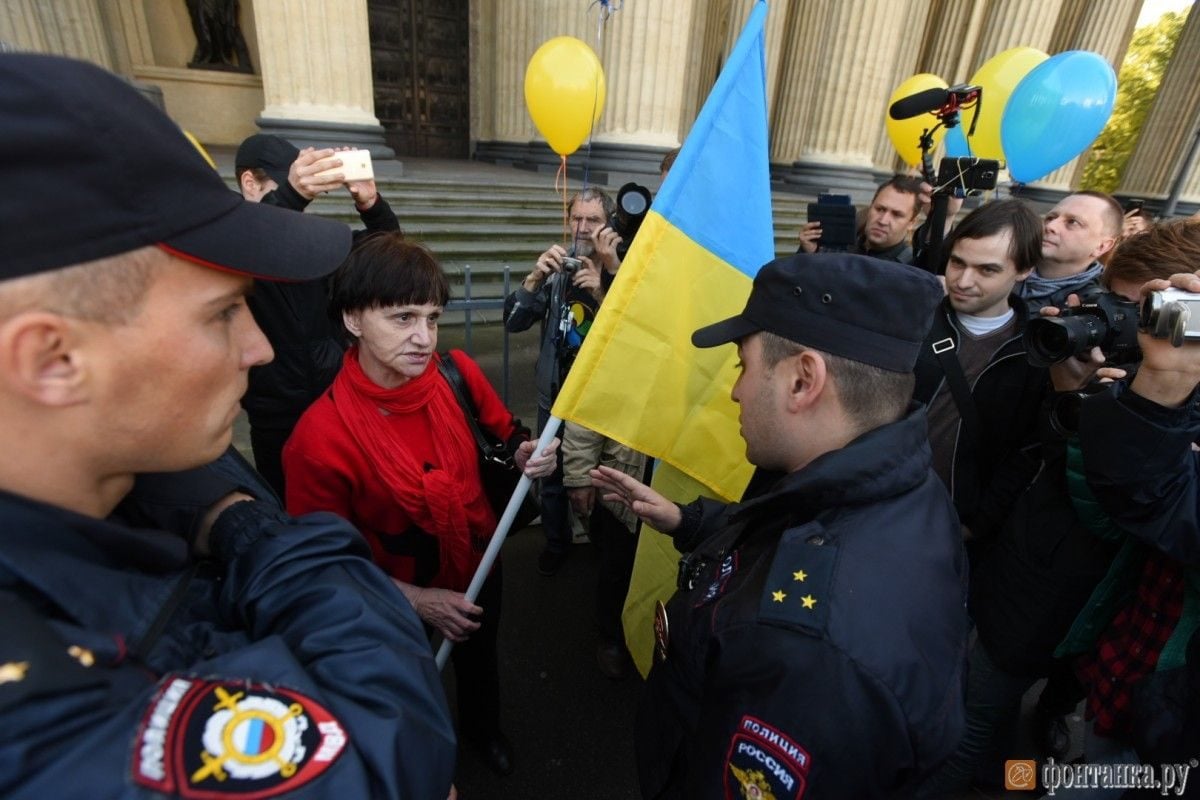 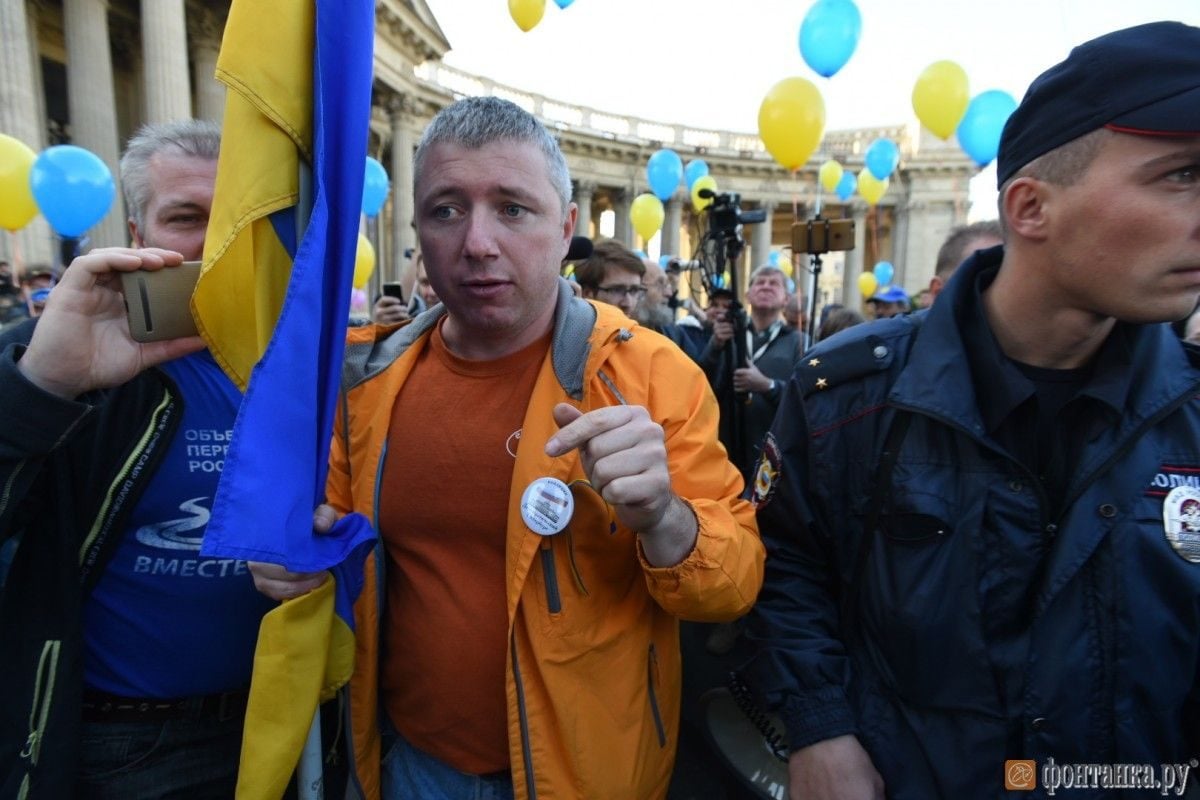 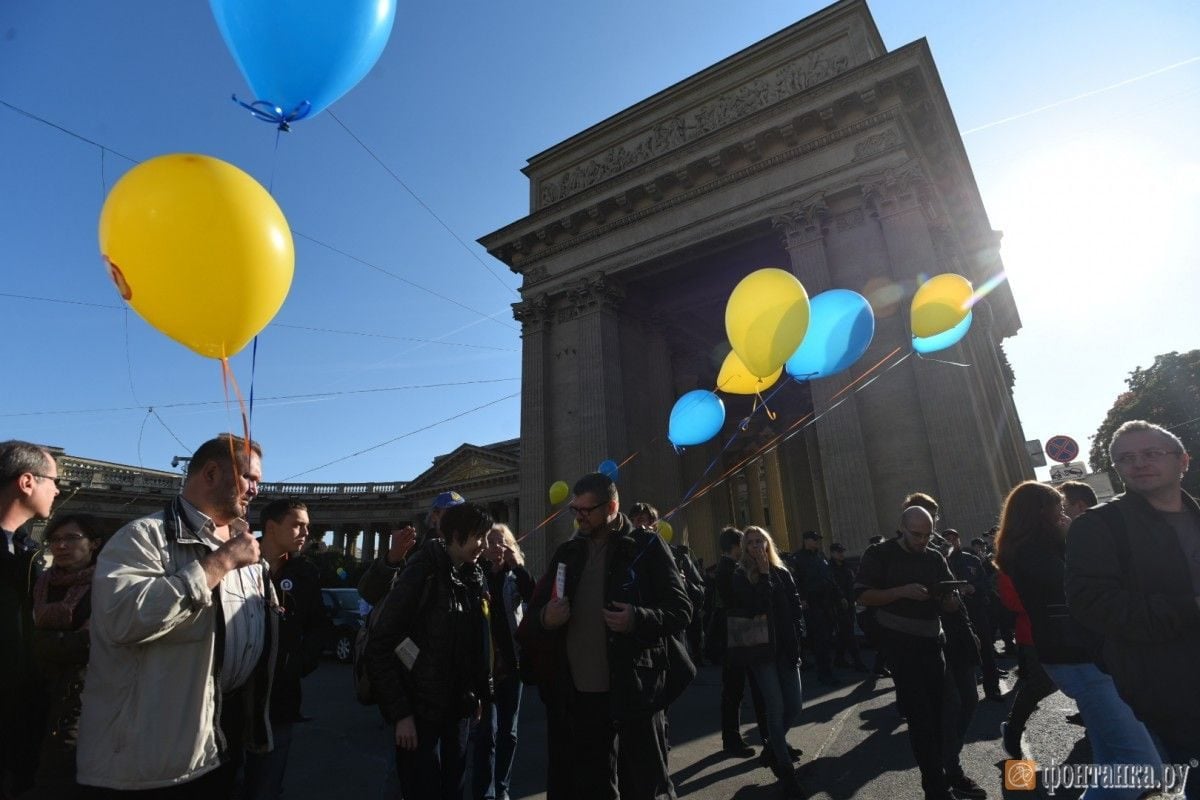 A "March for Peace" had initially been planned but it was never sanctioned by municipal authorities, therefore the event is being held in the form of an anti-war citizen gathering.

Protesters are seen carrying yellow-blue flags, as well as with scarves and ribbons in the colors of the Ukrainian flag.

Read alsoBots, trolls push vote-rigging claim ahead of German election - mediaPolice are warning participants that the rally has not been agreed with authorities, therefore participation in the event can lead to administrative penalties, fines up to RUB 20,000.

At the moment, no one has been detained. One of the participants of the action is holding a banner saying "Putin is war". The man argues that Russian authorities, instead of developing their country, spend money on war with Ukraine.

Read alsoKremlin furious over draft UN Resolution calling Russia "aggressor state"Supporters of the current Russian regime from the National Liberation Movement (NOD) are also attending the site. However, they have not resorted to provocations so far.

If you see a spelling error on our site, select it and press Ctrl+Enter
Tags:RussiaDonbasUkraineRussianAggressionprotestrally