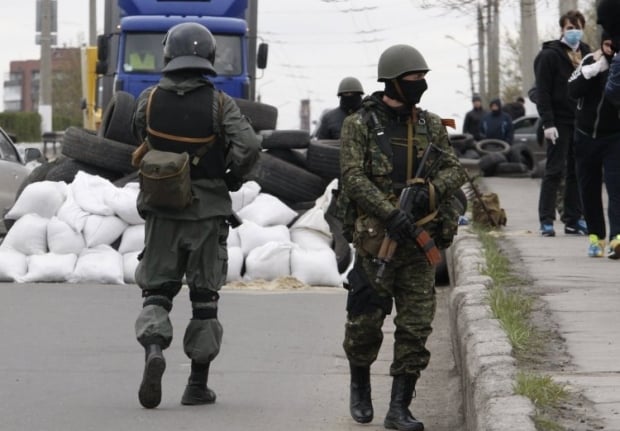 It concludes that Russian strategy is based on achieving regime change through teaming up with local proxy forces, rather than conventional military victory by Russian troops. “Because the new objective is the change of an entire system of government, the RNGW approach can use any lever of influence in their reach to achieve this change,” the U.S. army study explains. “Not all regime changes have to be resolved with a military option, but when a military lever is activated, it is done by, with, and through segments of the local population. The involvement of locals gives validity to military action on the world stage.”

Read alsoPutin's statement direct blackmail to U.S., war threat to Kyiv – MPThe handbook notes that Russia has embraced the U.S. approach of covering the battlefield with manned and unmanned sensor systems to detect enemy forces, which can then be destroyed by airpower and artillery. “At the tactical level, Russian Forces’ approach to modern warfare can be summed up through ‘target acquisition,’” the U.S. army says.

The U.S. army handbook also delves into Russian tactical operations in hybrid warfare. In eastern Ukraine, Ukrainian troops were pinned down—leaving them sitting ducks for air and artillery—by tripwire Russian F1 hand grenades. “Old guide wire, from an anti-tank guided missile, provide the RLSF [Russian-Led Separatist Forces] with a ready supply of trip wire that looks like normal battlefield debris. RLSF also use fishing line dipped in motor oil to blend in to the normal color patterns of the environment.”

Read alsoKlimkin says Russians must not be among UN peacekeepers in DonbasRussia also extensively employed multiple layers of snipers in Ukraine. “The first rank will be composed of proxy forces trained as designated marksmen. Behind them will be a mixed force of better trained proxies/mercenaries and precision shooters, not institutionally trained snipers with Russian soldiers. The final rank consists of highly trained snipers and will be the best equipped. All of these ranks focus on one target area together.”

The handbook identifies several Russian weaknesses that U.S. forces can exploit. Not surprisingly, they resemble the problems of the old Soviet military. Conscript soldiers lack motivation (though this will become less of an issue as the Russian military becomes more of a professional force). Tactical leadership is formulaic, logistics are weak, and air and artillery support tends to be rigid and reliant on volume rather than precision.

Read alsoNew "little green men" up and ready: expert explains Putin's statement on attacking "other conflict zones"The handbook recommends that U.S. forces train to fight in an environment where electronic warfare jams GPS and radios, and setting up a big command post bristling with antennae is an invitation to a Russian barrage. Yet interestingly, while the U.S. army warns of the power of Russian air-defense and electronic-warfare equipment, it also notes that these items are currently in short supply and concentrated in Kaliningrad, Ukraine and Syria. “They do not have the depth of numbers needed in order to sustain system losses and still function across a broad front. Losing even one of these systems is a significant blow to Russian forces and creates a gap in their A2AD [antiaccess/area-denial] bubble that can be exploited.”

If you see a spelling error on our site, select it and press Ctrl+Enter
Tags:RussiaDonbasUkraineUSASyriahybridwarlittlegreenmen