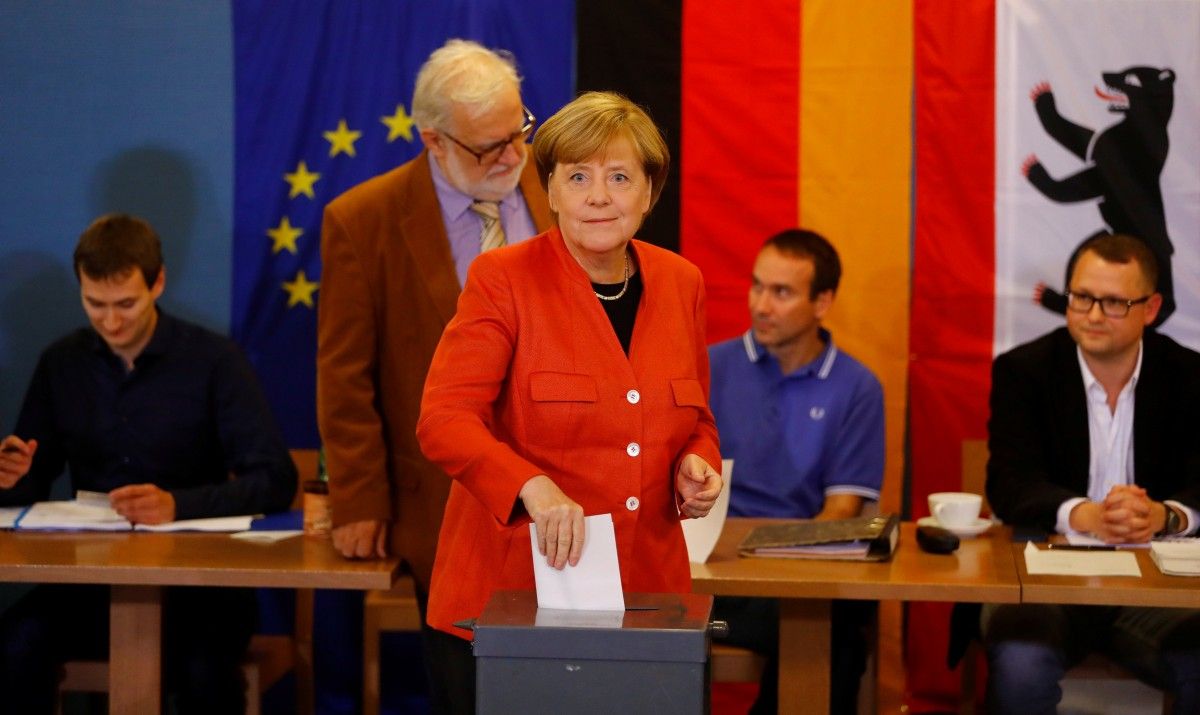 The Social Democrats sink to a new low, and the populist AfD could lead the opposition, DW reported in its live updates on German election on Sunday.

Angela Merkel's Christian Democrats stretch their lead as the strongest force in parliament, despite a nine-percent dip compared to their 2013 haul.

Right-wing populist Alternative for Germany (AfD) wins its first seats in the federal parliament, also becoming the Bundestag's third power in the process.

The pro-business Free Democrats are returning to parliament, after missing the cut for the first time since the war last time around.

The Greens and the Left hold station, scoring very similarly to four years ago.

No coalitions are practically viable without Merkel's CDU taking the lead. However, a repeat of the current "Grand Coalition" with the Social Democrats is not the chancellor's only option, according to the publication.

If the SPD really does want to lead the opposition for four years, that could put Merkel into talks with an ecologist Greens and the pro-business FDP. One major sticking point is likely to be climate and energy policy. The Greens favor more subsidies and efforts to advance renewable energy usage, while the FDP argues that current efforts are inefficient and that competition and innovation is more likely to provide solutions. Read this detailed wrap of the difficulties of setting up what's known as the "Jamaica coalition."

If you see a spelling error on our site, select it and press Ctrl+Enter
Tags:MerkelGermanyelectionBundestagAfDcoalition