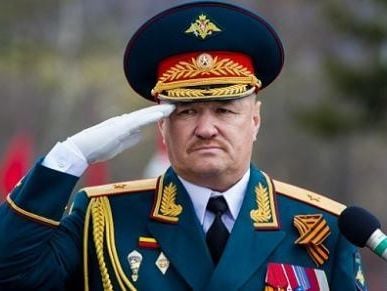 The source told Govorit Moskva that the contact with Gen. Asapov was lost at 16:00 on Saturday, September 23.

The general and another two colonels were killed as a result of a mortar shelling that hit their command post, according to the report.

According to the interlocutor of the radio station, the incident might have been caused by treachery as the deadly mortar attack was carried out on an accurate tip.

Reports on social networks claim that Gen. Asapov was killed near Deir-ez-Zor along with his interpreter.

Read alsoTurchynov: Evidence of Russia's war against Ukraine can be found on Putin's websiteThe Ministry of Defense of Russia has neither confirmed nor denies the reports.

It should be noted that Gen. Asapov commanded militant groups of the “DPR” terrorist organization in Donbas. He was at the helm of the so-called "1st Army Corps", which had been deployed in Donetsk.

If you see a spelling error on our site, select it and press Ctrl+Enter
Tags:RussiaDonbasUkraineSyriacasualtiesRussianAggression