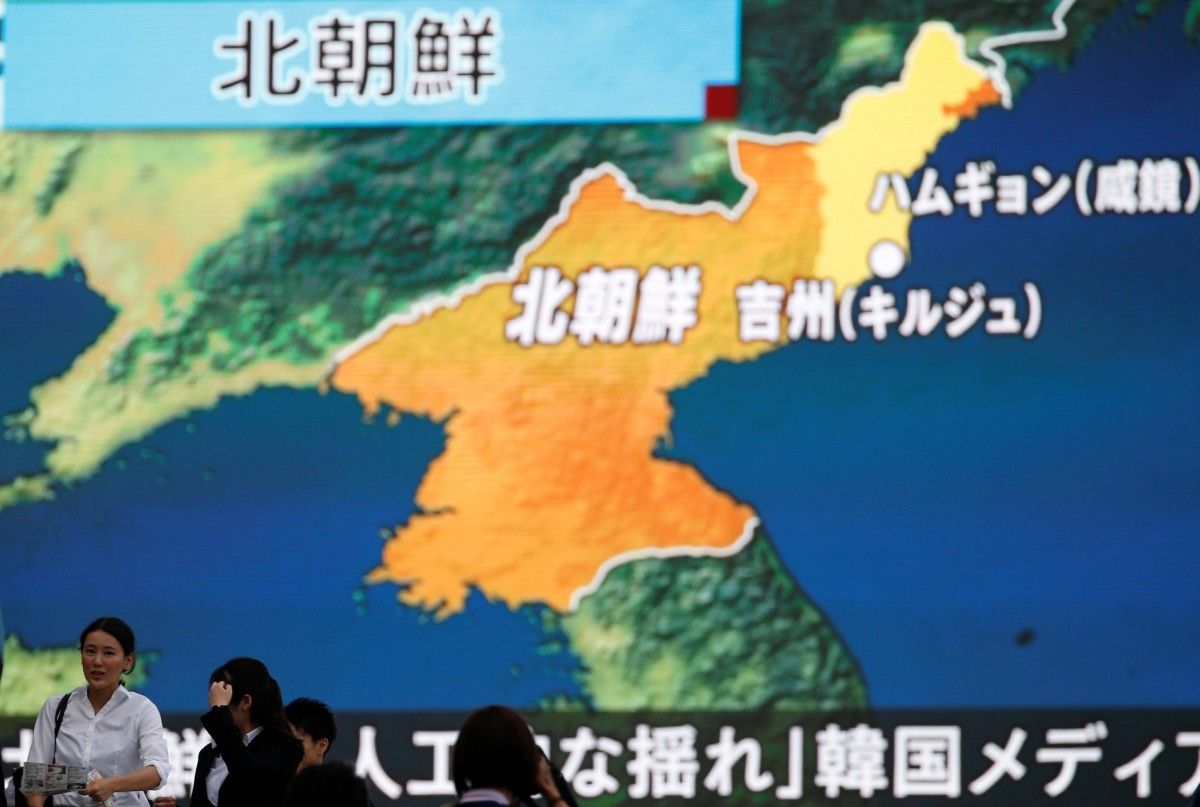 Tensions have escalated since North Korea conducted its sixth and most powerful nuclear test on Sept. 3, but the rhetoric has reached a new level in recent days with leaders on both sides exchanging threats and insults, Reuters reports.

North Korean Foreign Minister Ri Yong Ho said Trump’s Twitter comments, in which the U.S. leader said Ri and leader Kim Jong Un “won’t be around much longer” if they acted on their threats, amounted to a declaration of war and that Pyongyang had the right to take countermeasures.

Read alsoNorth Korea accuses U.S. of declaring war, says it has right to shoot down bombers - CNBCSouth Korean lawmaker Lee Cheol-uoo, briefed by the country’s spy agency, said the reclusive North was in fact bolstering its defenses by moving aircraft to its east coast and taking other measures after U.S. bombers flew close to the Korean peninsula at the weekend.

Lee said the United States appeared to have disclosed the flight route of the bombers intentionally because North Korea seemed to be unaware.

Read alsoRussia tried to conceal own participation in DPRK missile program by blaming Ukraine – TurchynovRi, the foreign minister, said on Monday the North's right to countermeasures included shooting down U.S. bombers "even when they are not inside the airspace border of our country". (Graphics on 'Kim's latest act of defiance' - here)

“The whole world should clearly remember it was the U.S. who first declared war on our country,” he told reporters in New York on Monday, where he had been attending the annual United Nations General Assembly.

Read alsoN.Korea's ambitions have nothing to do with Kyiv and everything to do with Moscow - Atlantic Council“The question of who won’t be around much longer will be answered then,” he said.

If you see a spelling error on our site, select it and press Ctrl+Enter
Tags:USANorthKoreatensionsDPRK