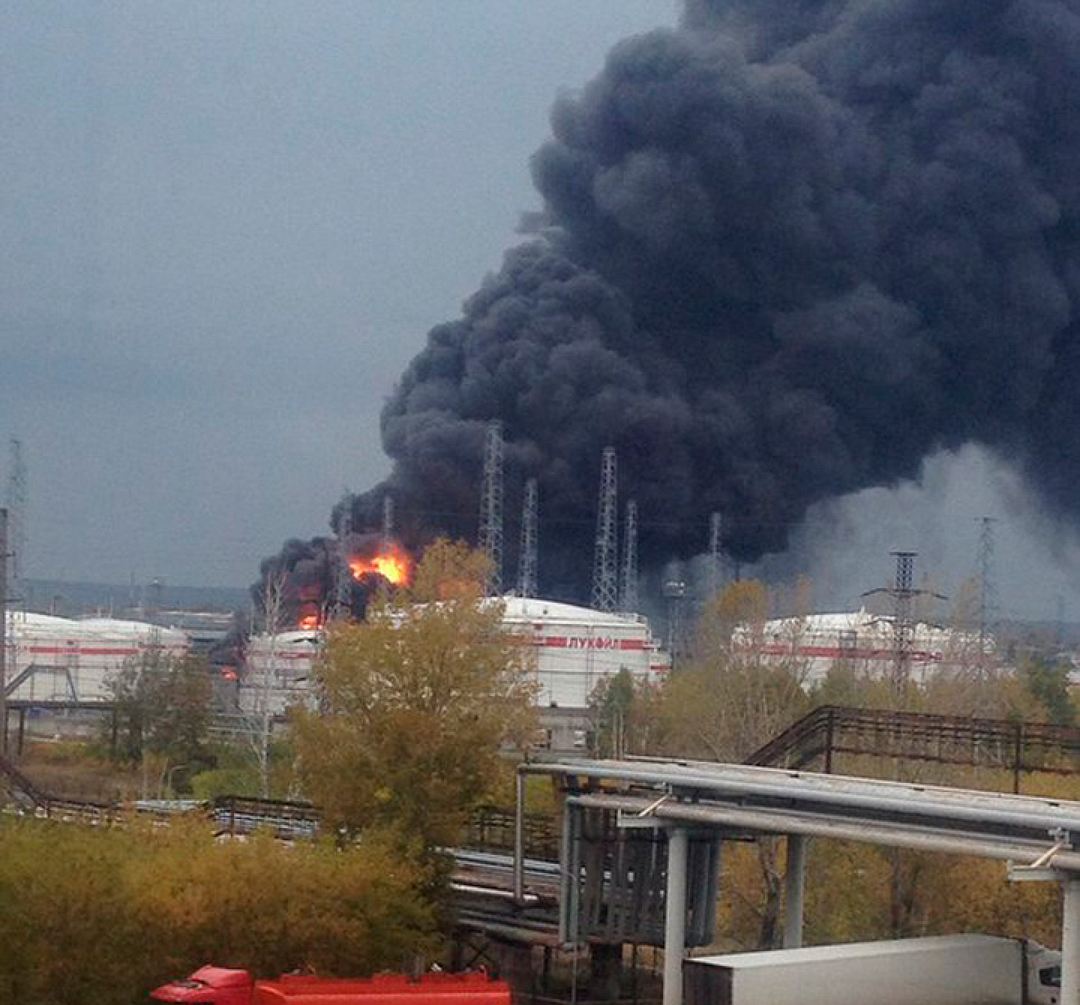 Witnesses have said that a huge fire broke out at the facility owned by an oil giant Lukoil during the repair works in one of the oil tanks.

The fire was put out in a matter of a few hours.

Read alsoUkraine's antitrust agency to address petrol price hikes at filling stationsAccording to preliminary reports, four employees of the oil refinery were killed in the incident.

As UNIAN reported earlier, a bus collided with a train in Vladimir region, killing 17 people.

If you see a spelling error on our site, select it and press Ctrl+Enter
Tags:Russiaaccidentexplosionfire