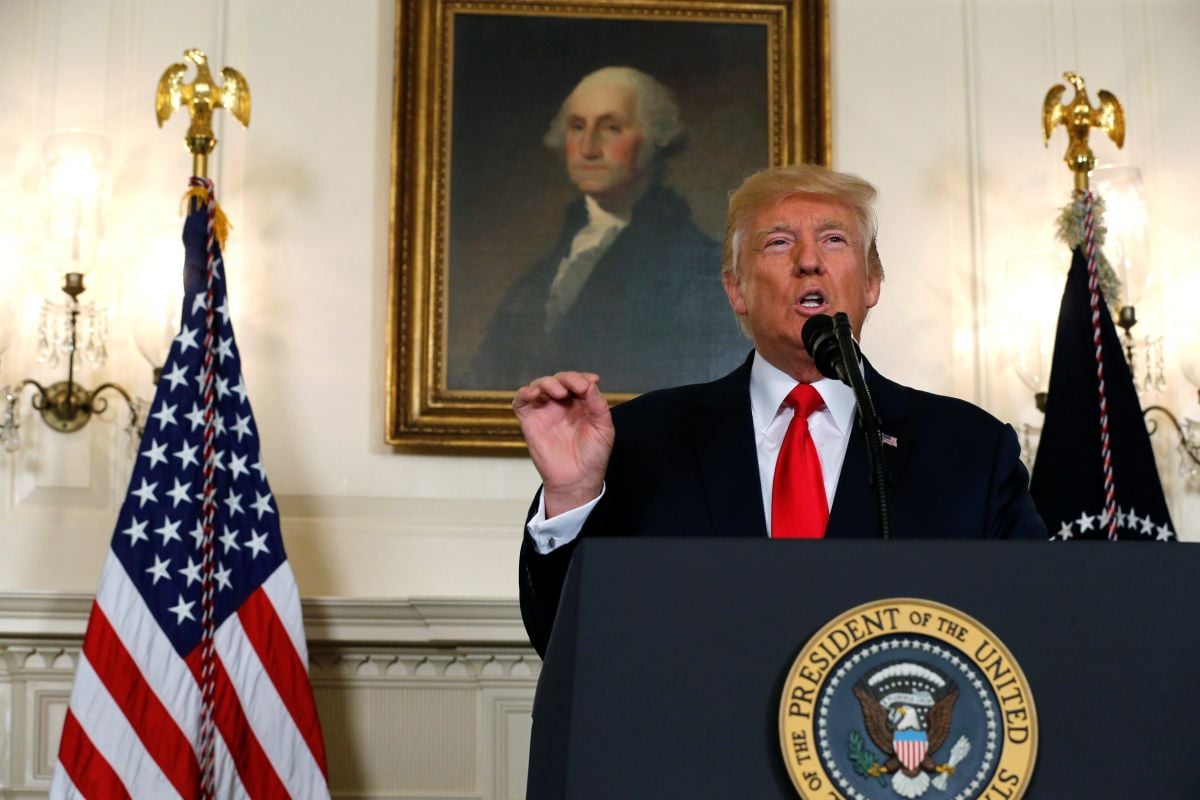 "You guys know what this represents? Maybe it's the calm before the storm," Trump said at the photo on Thursday night, following a meeting with his top military commanders, CNN reports.

When reporters present asked what he meant, Trump replied: "It could be, the calm, the calm before the storm."

Reporters asked if the storm was related to Iran or ISIS.

Trump replied: "We have the world's great military people in this room, I will tell you that. And uh, we're gonna have a great evening, thank you all for coming."

Reporters in the room asked for a hint, but Trump concluded the questioning.

"Thank you everybody," Trump said.