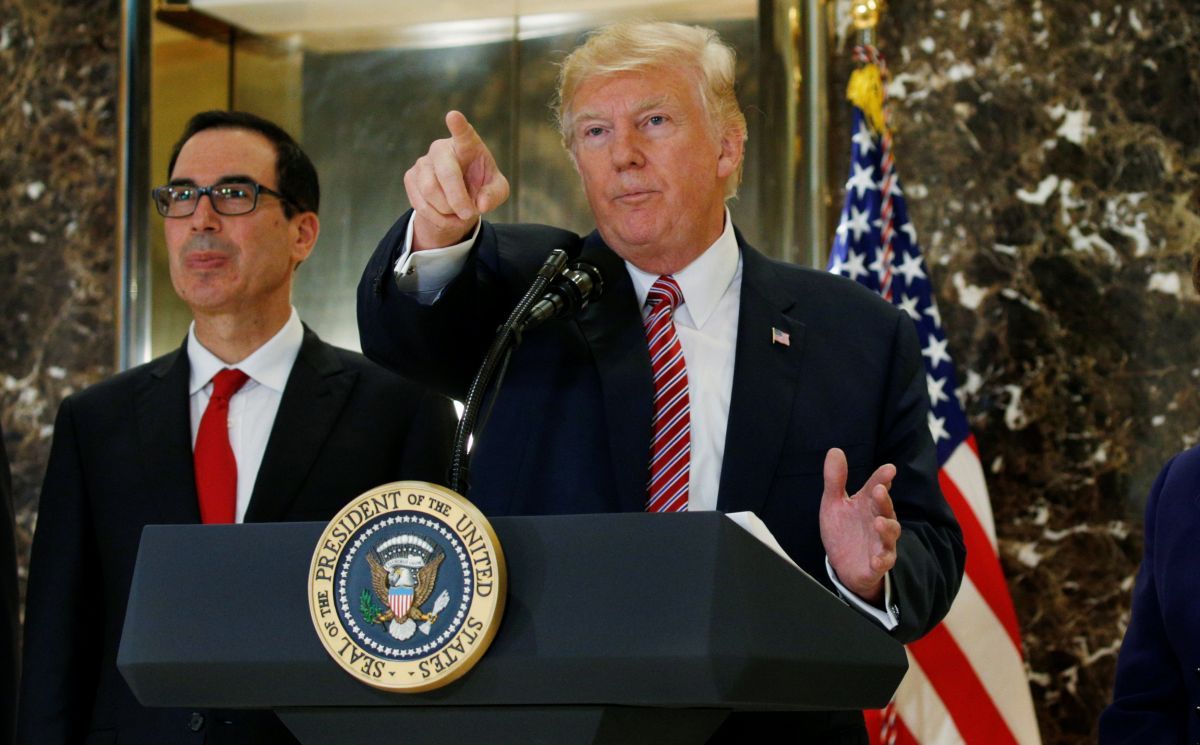 The list includes the construction of Trump's long-promised – and controversial – wall along the U.S.-Mexico border and speeding up deportation of visa overstayers. Trump also calls in the list for an end to "extended-family chain migration," limiting family-based green cards to spouses and minor children, DW wrote.

The demands include some policies that Democrats say are off the table, and thus could potentially derail ongoing negotiations over protecting young immigrants from deportation, many of whom were brought to the U.S. illegally as children. The immigrants, known as "Dreamers," had been given a reprieve from deportation and permission to work legally in the country under President Barack Obama's Deferred Action for Childhood Arrivals, or DACA, program.

Trump ended the program last month but gave Congress six months to come up with alternative legislation to prevent recipients from losing their status.

Senior Democrats have sharply criticized Trump's list, saying it went "far beyond what is reasonable" and contained no attempt at compromise.

Read alsoTrump rescinds DACA sparking protests nationwide – media"The Administration can't be serious about compromise or helping the Dreamers if they begin with a list that is anathema to the Dreamers, to the immigrant community and to the vast majority of Americans," House Minority Leader Nancy Pelosi and Senate Minority Leader Chuck Schumer said in a joint statement.

"The list includes the wall, which was explicitly ruled out of the negotiations. If the President was serious about protecting the Dreamers, his staff has not made a good faith effort to do so."

The chair of the Congressional Hispanic Causus, Michelle Lujan Grisham, also criticized the list, saying in a statement that it was "immoral for the President to use the lives of these young people as bargaining chips in his quest to impost his cruel, anti-immigrant and un-American agenda on our nation."

If you see a spelling error on our site, select it and press Ctrl+Enter
Tags:USATrumpimmigration