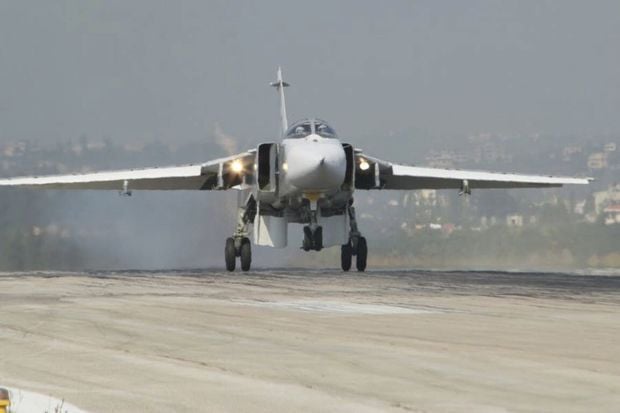 The crew, bound for a combat mission, failed to eject themselves from the aircraft. Warplanes of this type carry a crew of two pilots, according to Reuters.

According to reports from the scene, a technical fault was believed to be behind the accident, the defense ministry was cited as saying.

If you see a spelling error on our site, select it and press Ctrl+Enter
Tags:RussiaSyriacrashwarplane