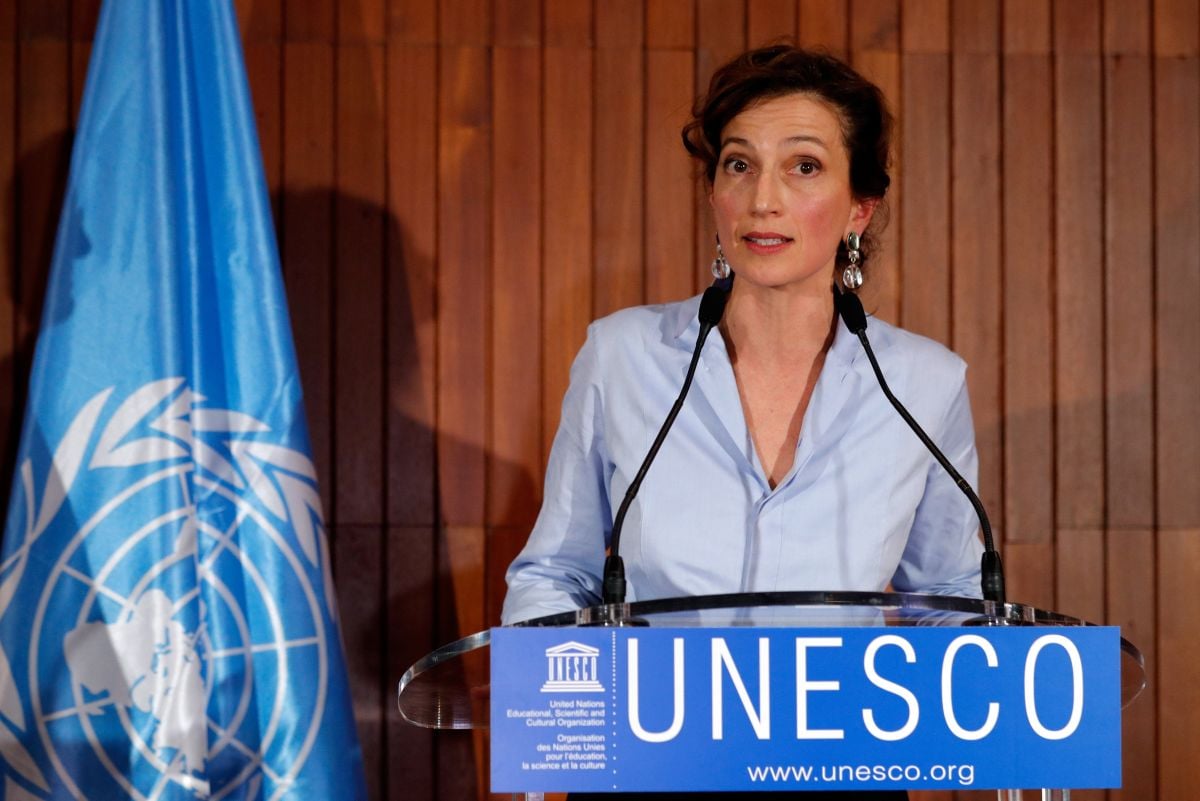 Azoulay edged Qatar's Hamad bin Abdulaziz al-Kawari after the fifth round of voting and the decision will now be put forward for approval to UNESCO's 195 members on Nov. 10., as reported by Reuters.

A sudden announcement on Thursday that the United States was quitting over perceived anti-Israel bias meant that whoever wins the top job would inherit a body in turmoil, with huge questions over its future funding and mission.

"In this time of crisis we need more than ever to support, strengthen and reform UNESCO and not leave it," Azoulay told reporters, saying she would modernize the organization.

"If I'm confirmed...the first thing I will do is to restore its credibility, restore the faith of its members and its efficiency so it can act."

Azoulay, who will replace Irina Bokova, a Bulgarian who has led the body since 2009, will have to try to restore the relevance of an agency born from the ashes of World War Two, but increasingly hobbled by regional rivalries and a lack of money.

"Congratulations" France will continue to fight for science, education, and culture in the world," President Emmanuel Macron tweeted.

The 45-year-old, a former minister under President Francois Hollande, has the political background and knows the cultural and communications' sectors well having dedicated much of her career to them.

She also has the ardent backing of Macron, who had lobbied for her actively overseas during the last few months, and has made education one of his top priorities. He has also pushed for more multilateralism at a time when the United States has pushed back.

Read alsoUkraine becomes CERN associate member stateOfficially known as the United Nations Educational, Scientific and Cultural Organization, Paris-based UNESCO is best known for designating and protecting archaeological and heritage sites, from the Galapagos Islands to the tombs of Timbuktu.

Most of its activities are uncontroversial, but when it comes to, say, resolutions about how religious sites should be run in Jerusalem, every word is studied for accusations of bias.

The United States is meant to provide a fifth of UNESCO's funding but had already been withholding that since 2011 when the body admitted Palestine as a full member. It announced its departure on Thursday accusing UNESCO of anti-Israeli bias. Israel itself followed.

"Unfortunately, this venue has become politicized, undermining the work of UNESCO across its mandate. It's become a venue for anti-Israel bias, and unfortunately we are taking the decision to withdraw from UNESCO at this time," U.S. charge d'affaires at UNESCO, Chris Hegadorn told Reuters.

If you see a spelling error on our site, select it and press Ctrl+Enter
Tags:UNESCOchief