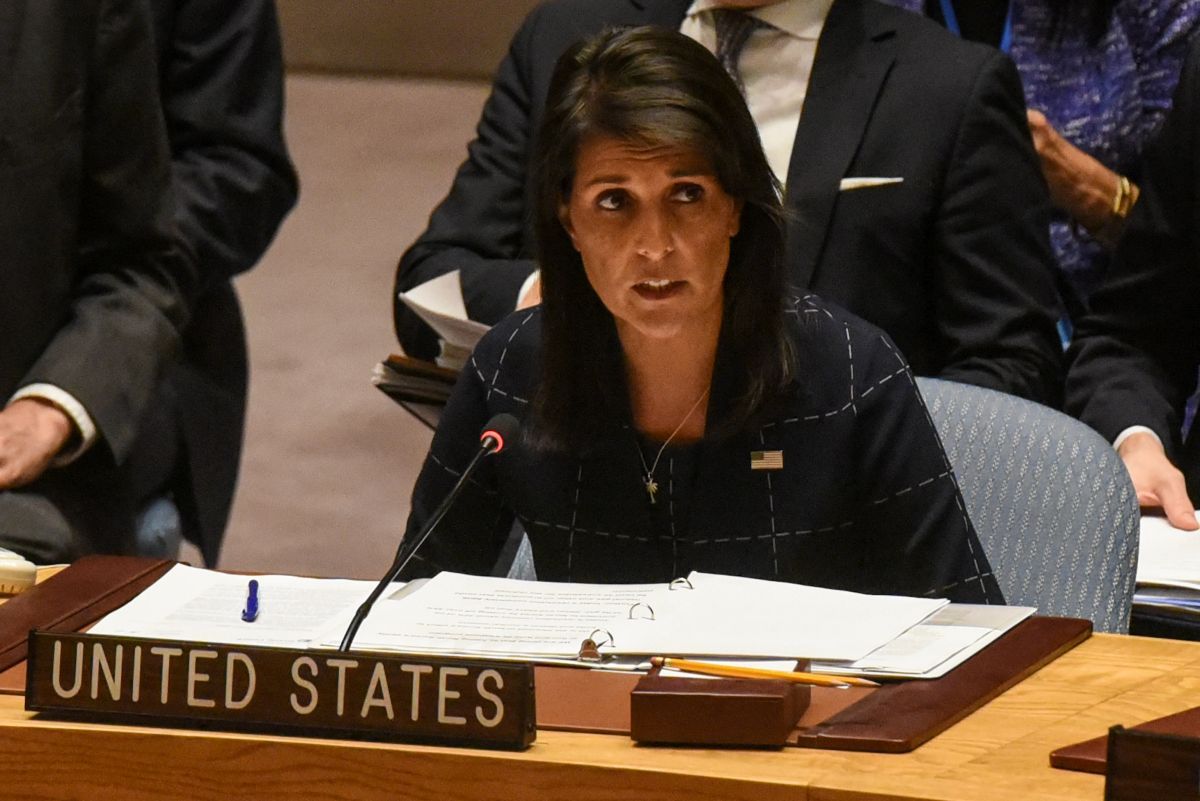 Haley was discussing Russian online interference in the 2016 election in the form of the use of fake social media accounts and the spread of misinformation while speaking alongside former secretaries of state Madeline Albright and Condoleezza Rice at a panel hosted by the George W. Bush Institute in New York City.

"When a country can come interfere in another country's elections, that is warfare," she said, according to CNN. "It really is because you're making sure the democracy shifts from what the people want to giving out that misinformation. And we didn't just see it here. ... They are doing this everywhere and this is their new weapon of choice."Earlier this summer, Haley said Russian President Vladimir Putin's denials of such interference were merely an effort to "save face."

Read alsoEx Russian "troll" speaks out on U.S. elex meddling"Everybody knows that Russia meddled in our elections," she said in July. "Everybody knows that they're not just meddling in the United States' election. They're doing this across multiple continents, and they're doing this in a way that they're trying to cause chaos within the countries."

Read alsoRussian trolls trick Americans into working for Kremlin"The Russians, God bless them, they're asking why are Americans anti-Russian? And why have we done sanctions? Well don't interfere in our elections and we won't be anti-Russian," she added.

Haley also said that both the public sector and the private sector, including Silicon Valley companies hosting fake Russian accounts on their platforms, "have to step up."