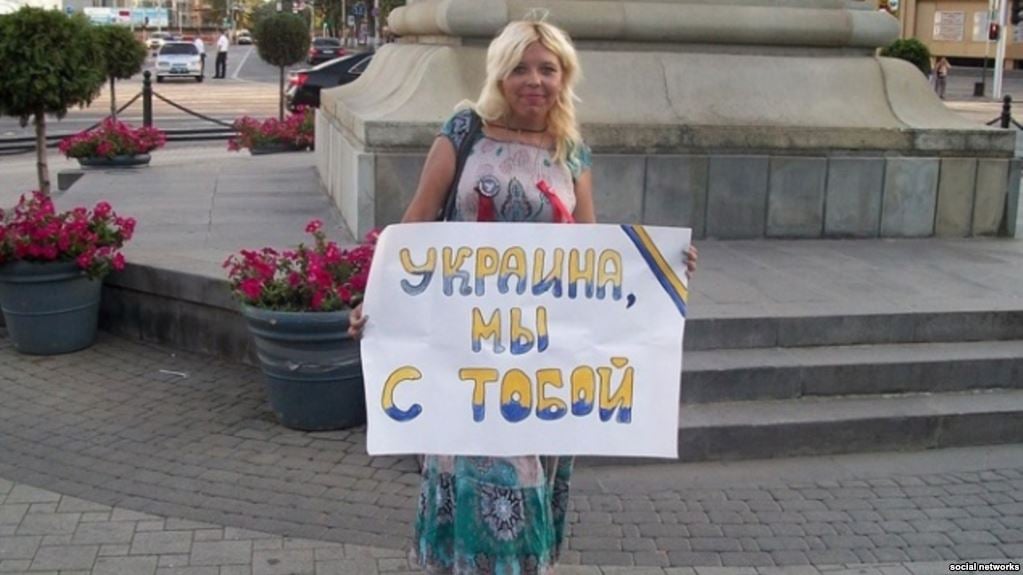 Darya Polyudova was released on October 20 from Penal Colony #10 in the southern Russian city of Novorossiisk, where she was sentenced on charges of propagating extremism and separatism online, RFE/RL reported.

Polyudova said upon her release that she will continue to engage in political activities after a short period of rest.

She was charged in 2014 for Internet posts in which she criticized the Russian government's illegal annexation of Ukraine's Crimean Peninsula and the Kremlin's support for separatists in eastern Ukraine.

The Moscow-based Memorial Human Rights Center has designated Polyudova as a political prisoner.

If you see a spelling error on our site, select it and press Ctrl+Enter
Tags:RussiaUkrainereleaseactivist