Embassy: U.S. authorities move Russian Consulate General archives to Washington "on their own" 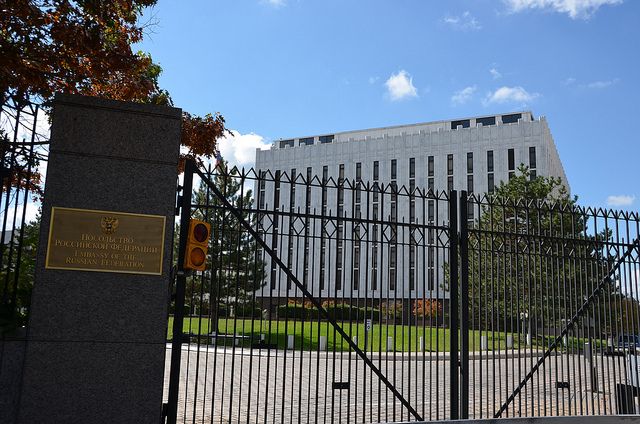 "The American authorities did not provide us with access to the Russian Consulate General in San Francisco, closed by their decision since September 2, in order to remove its archives. Instead, they packed the archives on their own and moved them to Washington. It was done despite numerous protests from the Russian Ministry of Foreign Affairs and from the Embassy," the Embassy said in a statement on Facebook on October 24.

"The consulate archives and documents are inviolable at all times and wherever they may be," it said.

The Russian side accused the U.S. side of violation of corresponding articles of the Vienna Convention on Consular Relations and the bilateral consular convention.

Read alsoRussia demands return of 'seized' diplomatic facilities In U.S. – RFE/RLThe Russian Embassy threatened to retaliate by taking "similar actions towards the U.S. missions in Russia" based "on the principle of reciprocity, a corner stone of diplomatic relations."

If you see a spelling error on our site, select it and press Ctrl+Enter
Tags:RussiaUSAembassy