The Guardian: Catalan parliament votes to declare independence from Spain 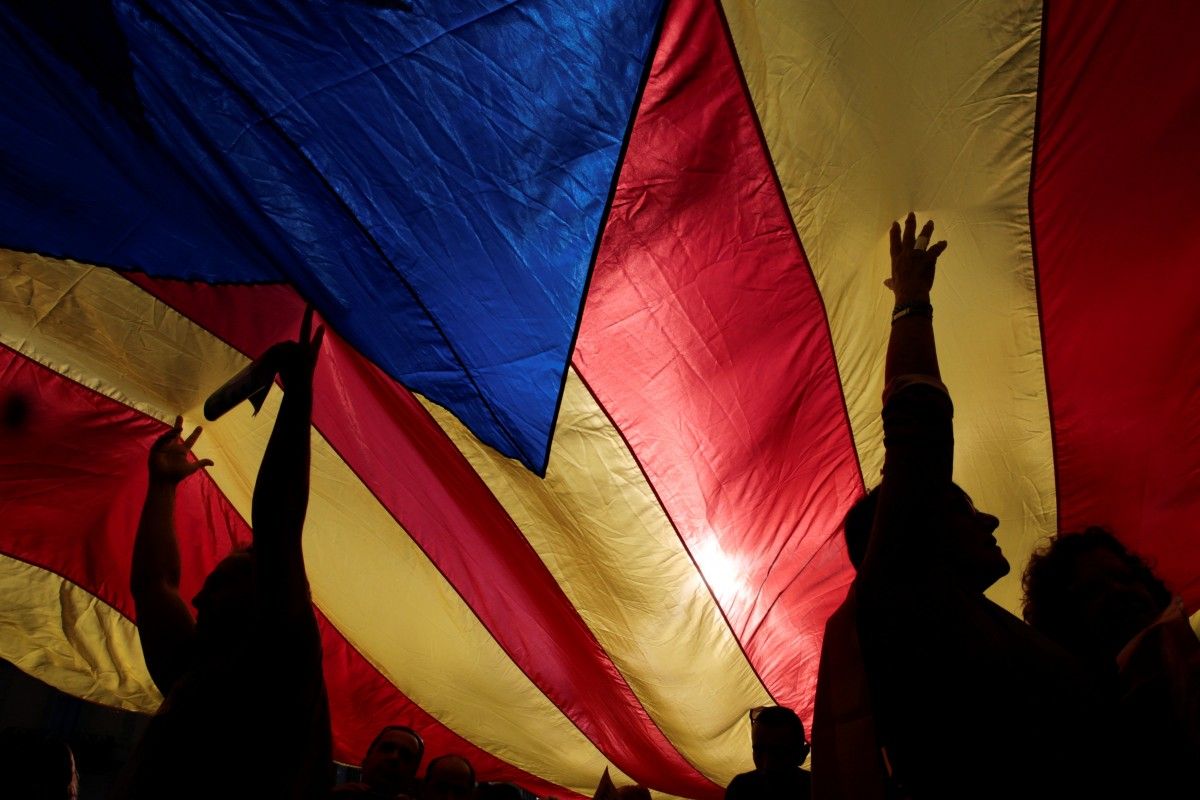 On Friday afternoon, Catalan MPs voted for independence by a margin of 70 votes to 10, The Guardian reported.

Two ballot papers were blank. The proposal, brought by the region's ruling Together for Yes coalition and their far-left allies the CUP party, was bitterly attacked by opposition MPs who boycotted the vote.

Read alsoEU leaders rule out involvement in Catalan crisisDozens of members of the Catalan Socialist party (PSC) walked out of the chamber before the vote, as did MPs from the centrist Ciutadans party and the conservative People's party. Some left Spanish and Catalan flags on their empty seats.

Opponents of independence accused Puigdemont and his allies of ignoring the views of the majority of Catalans who are opposed to the move.

On Friday morning, as the parliament prepared to debate its response to the Madrid government's decision to fire the Catalan president, separatist MPs had filed a motion to hold a vote on whether to create "a Catalan republic as an independent and sovereign state of democratic and social law."

After Friday's vote Carlos Carrizosa of Ciutadans said it was "a sad day and a blow to democracy."

Turning on the regional government and its president, he added: "You're like gods, above the law. How can you imagine you can impose independence like this without a majority in favour … and with this simulacrum of a referendum? Puigdemont will be remembered not for ruining Catalonia but for having divided the Catalans and Spain."

Eva Granados of the Catalan PSC asked: "Have you any idea how frightened many Catalans are?"

However, Carles Riera of the CUP said the declaration would pave the way for independence and a transformation of the lives of working people.

"We declare the republic of Catalonia," he said. "This is a happy day."

The vote came hours after Spain's prime minister, Mariano Rajoy, asked the Spanish senate for authorisation to fire the Catalan president and his cabinet as Madrid prepares to assume control of the region to put an end to the independence crisis. 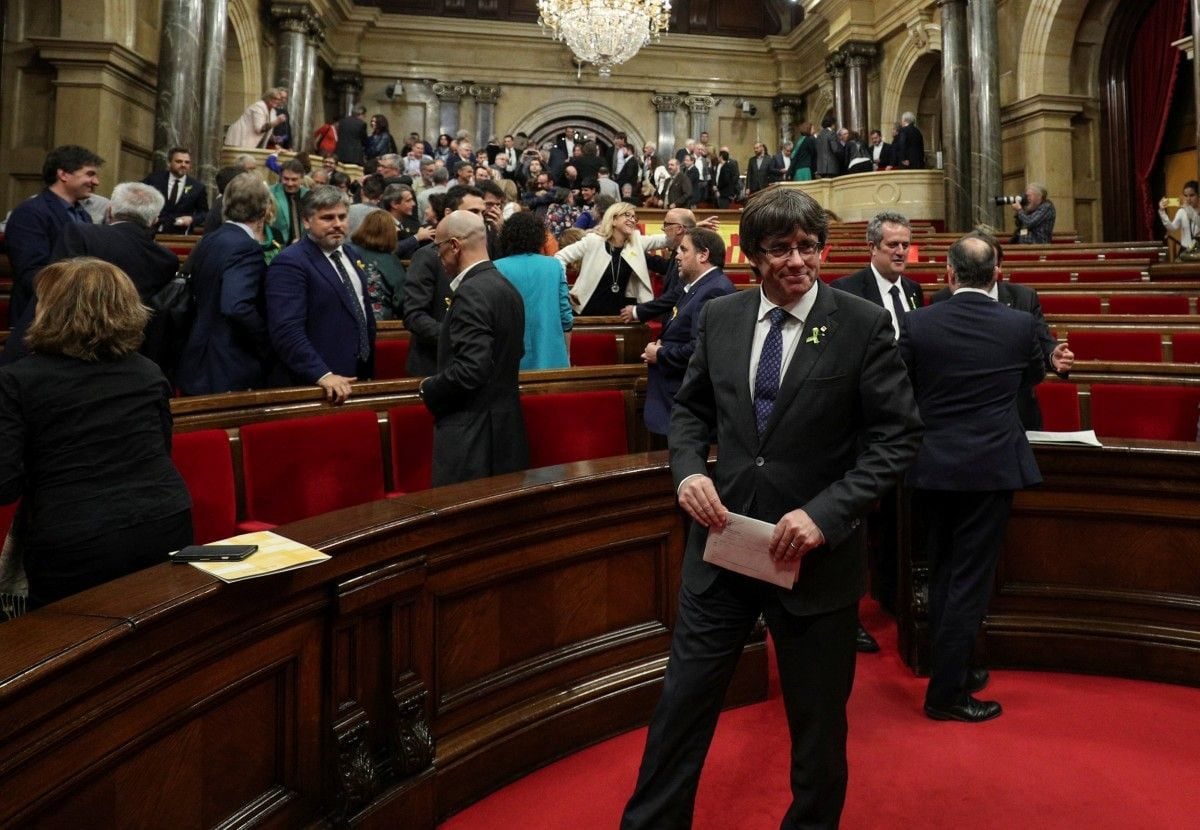 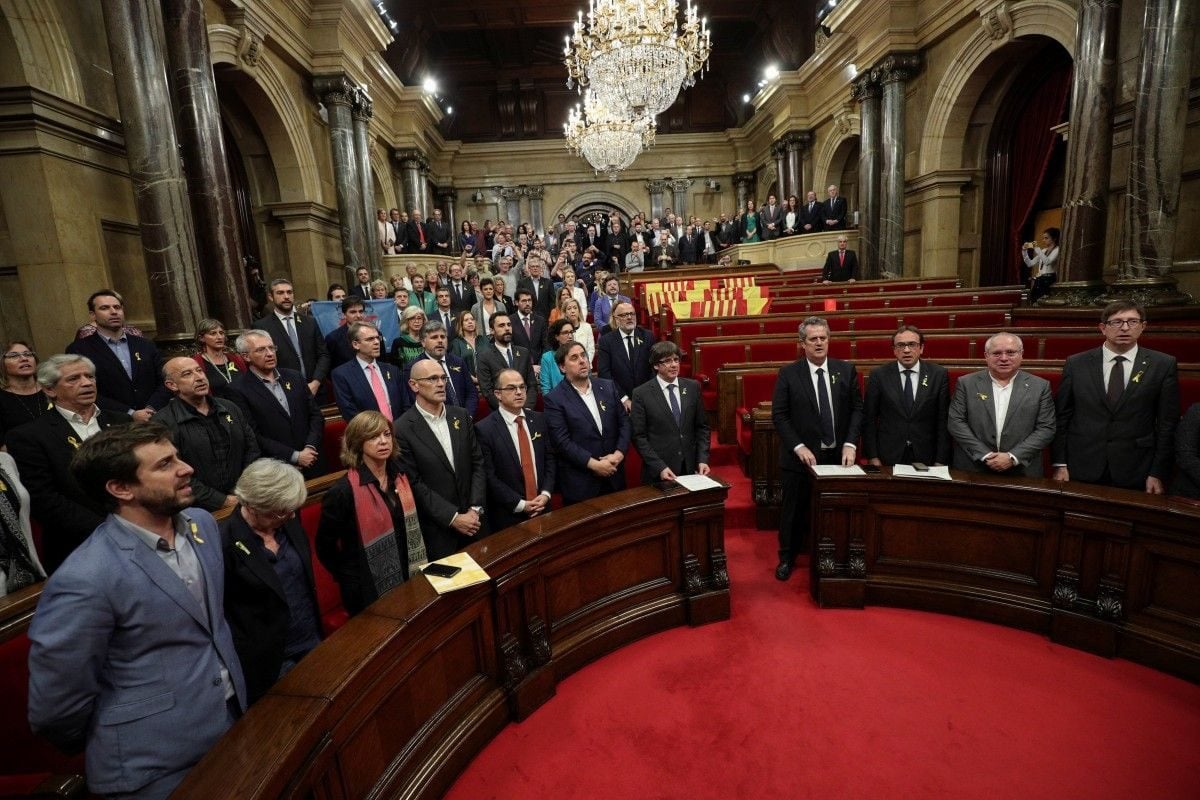 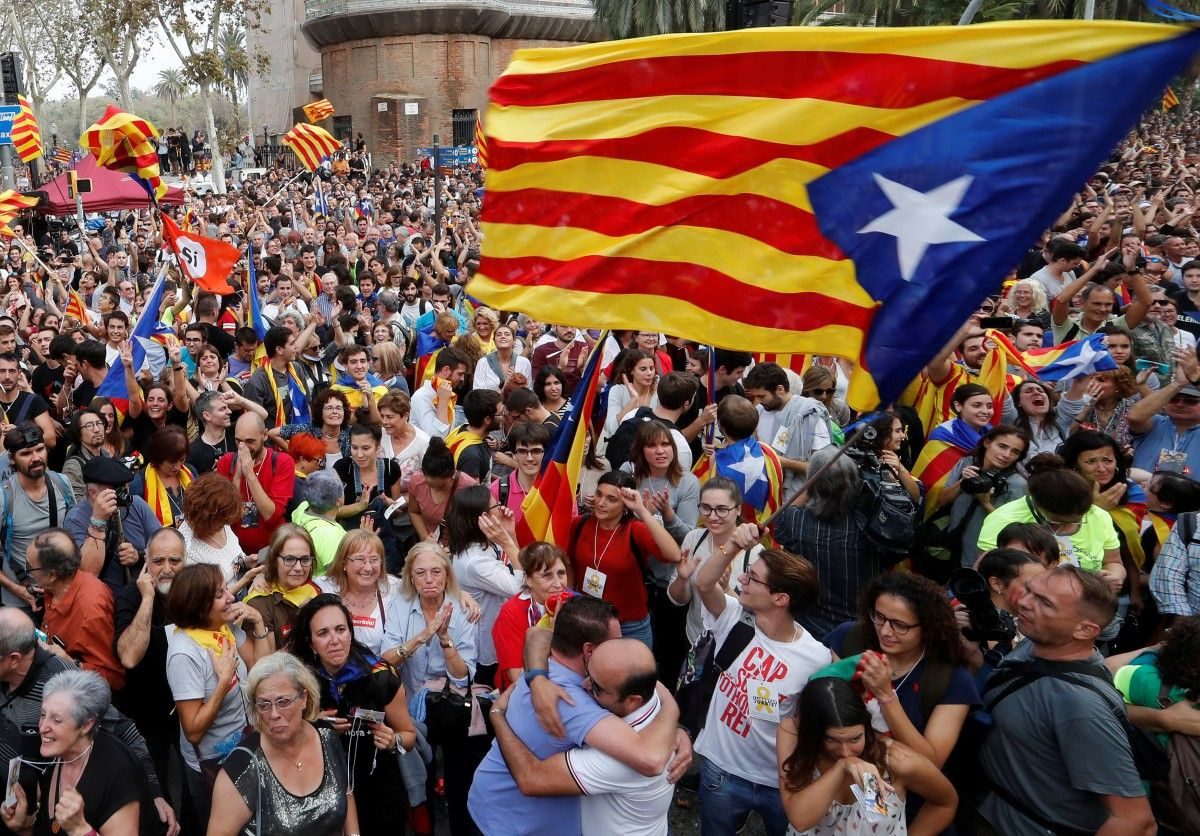 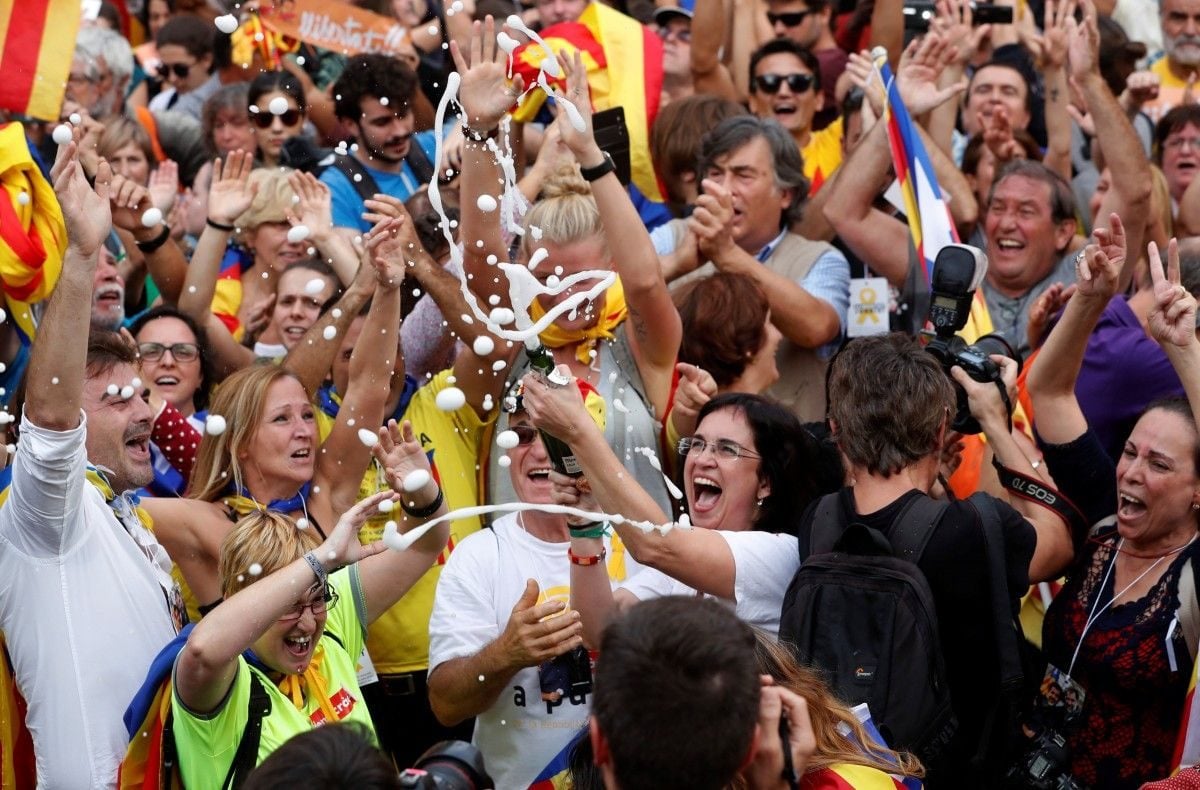 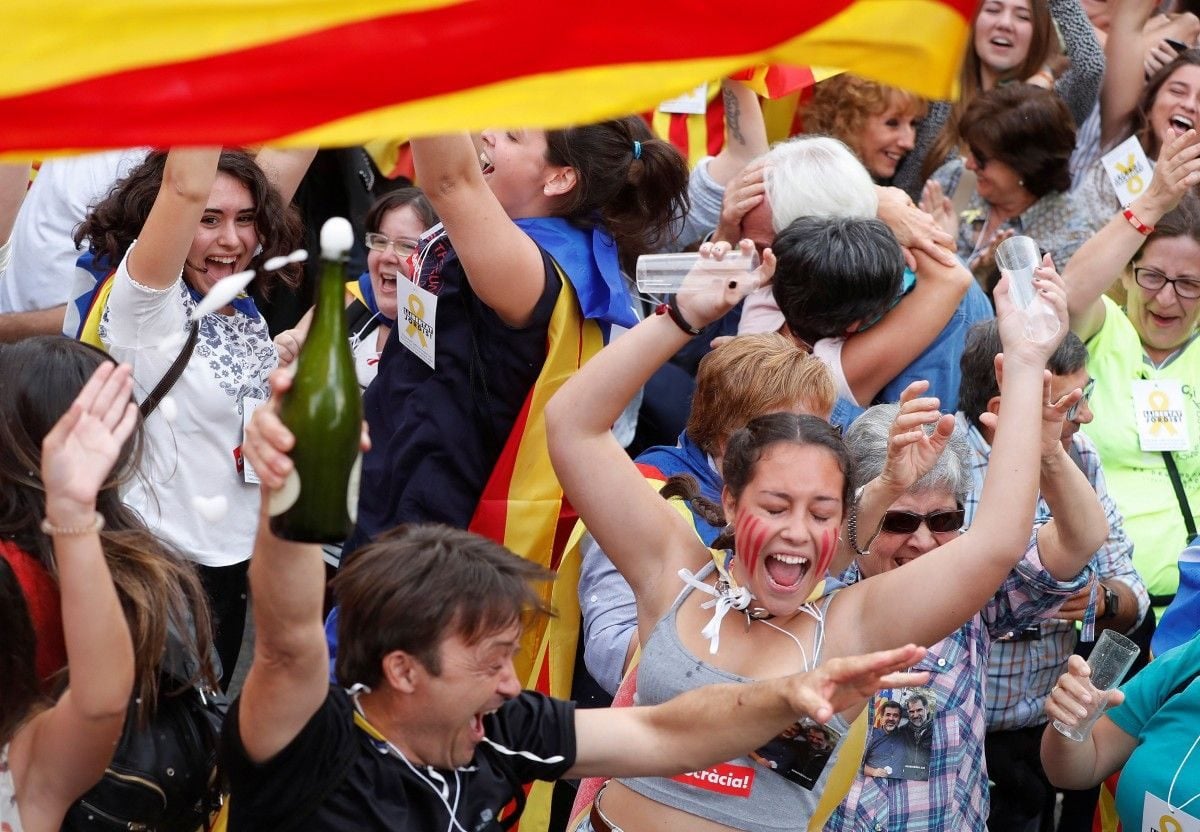 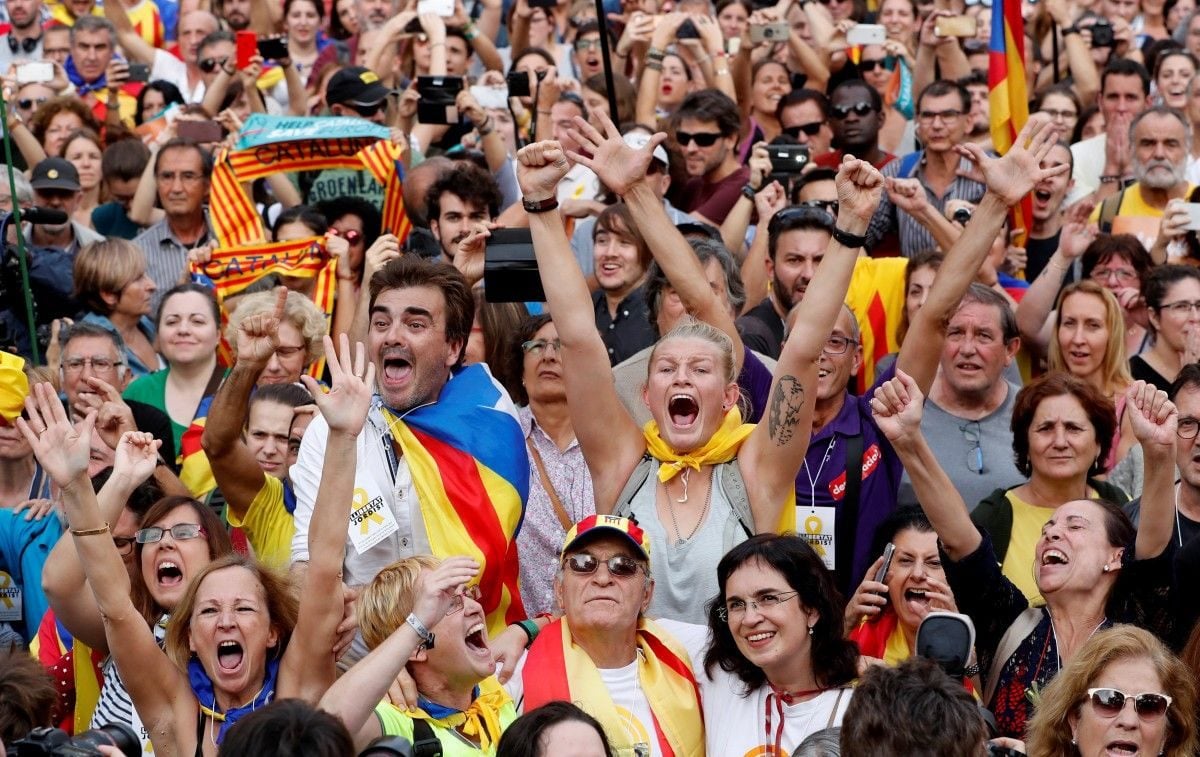 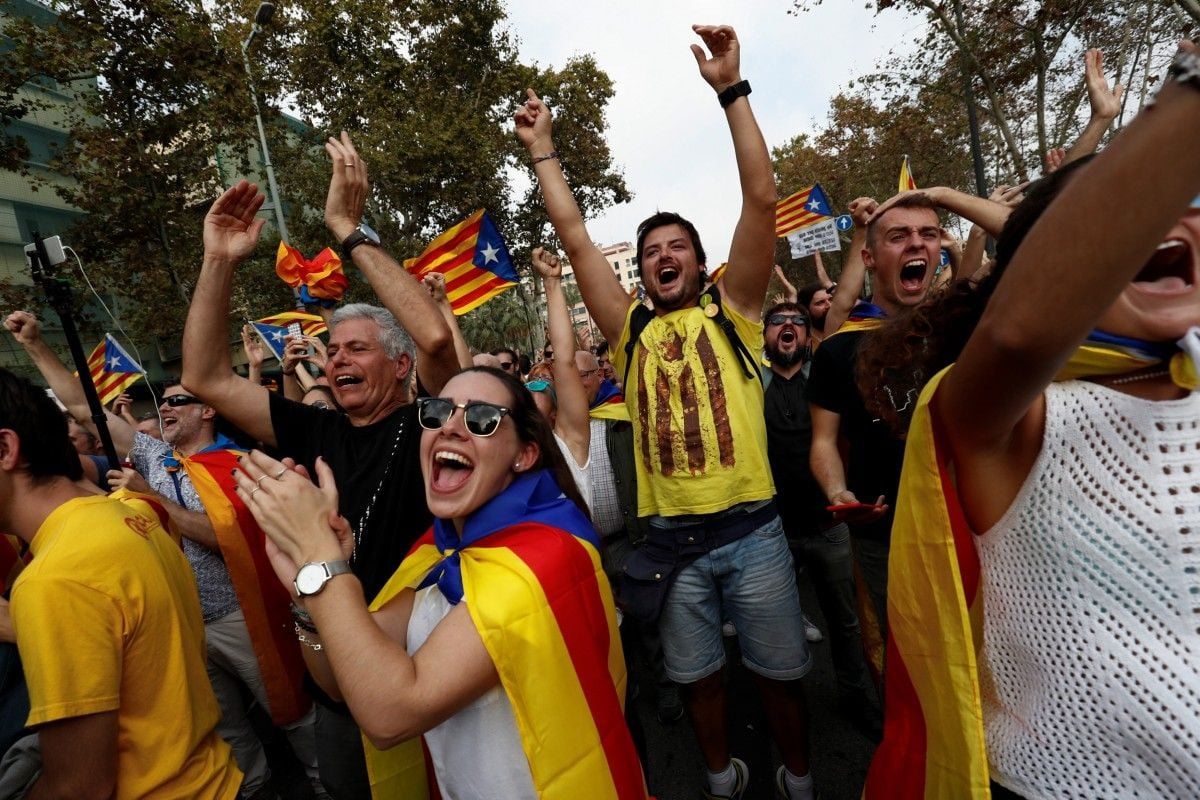 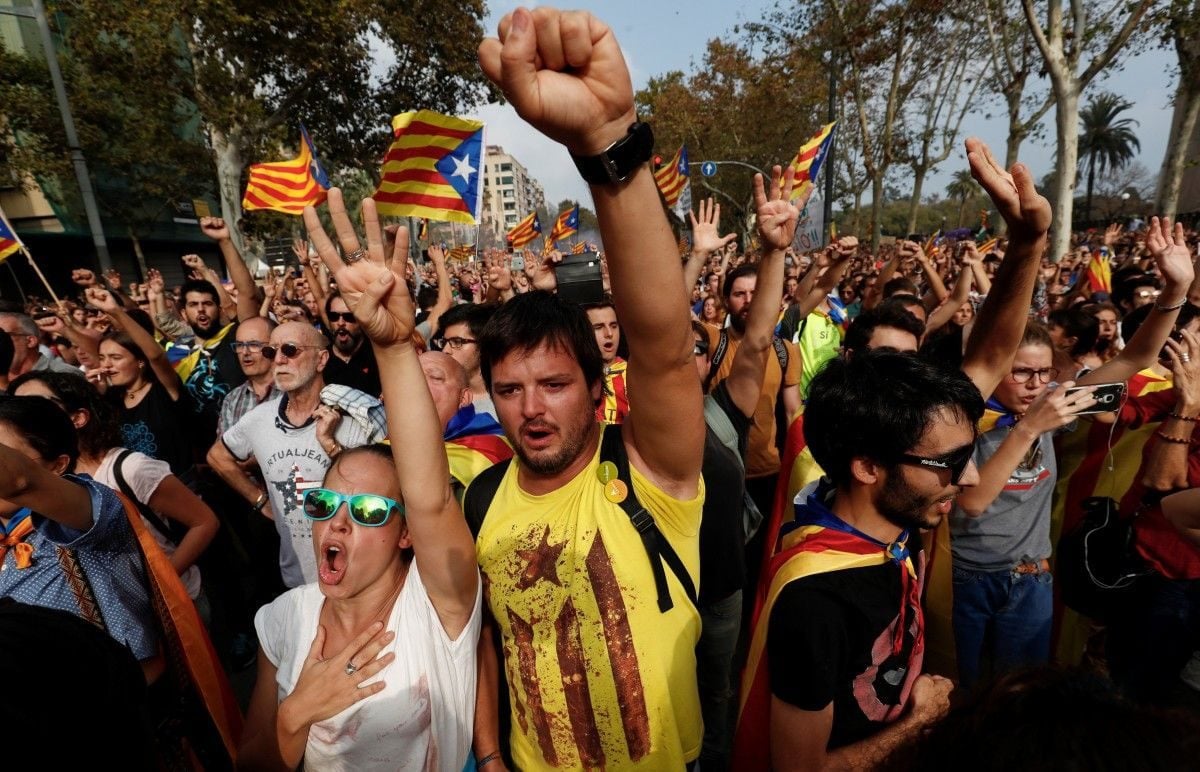 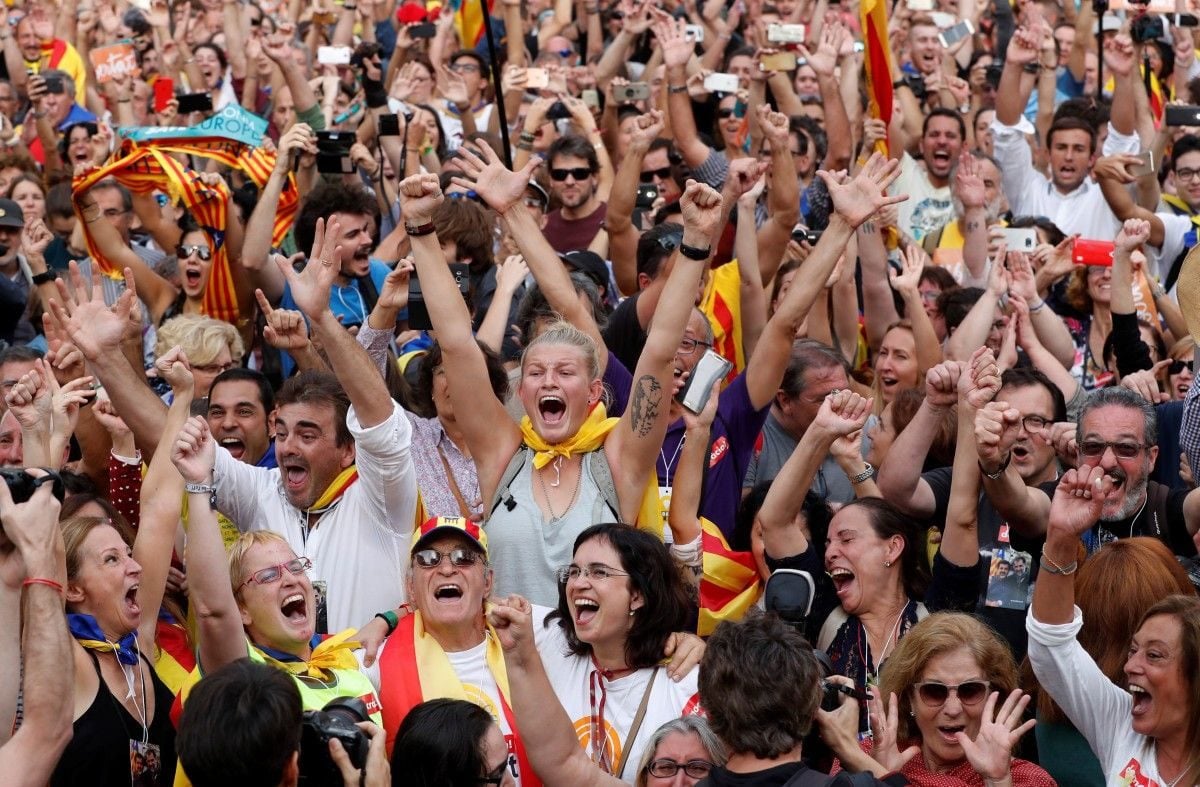 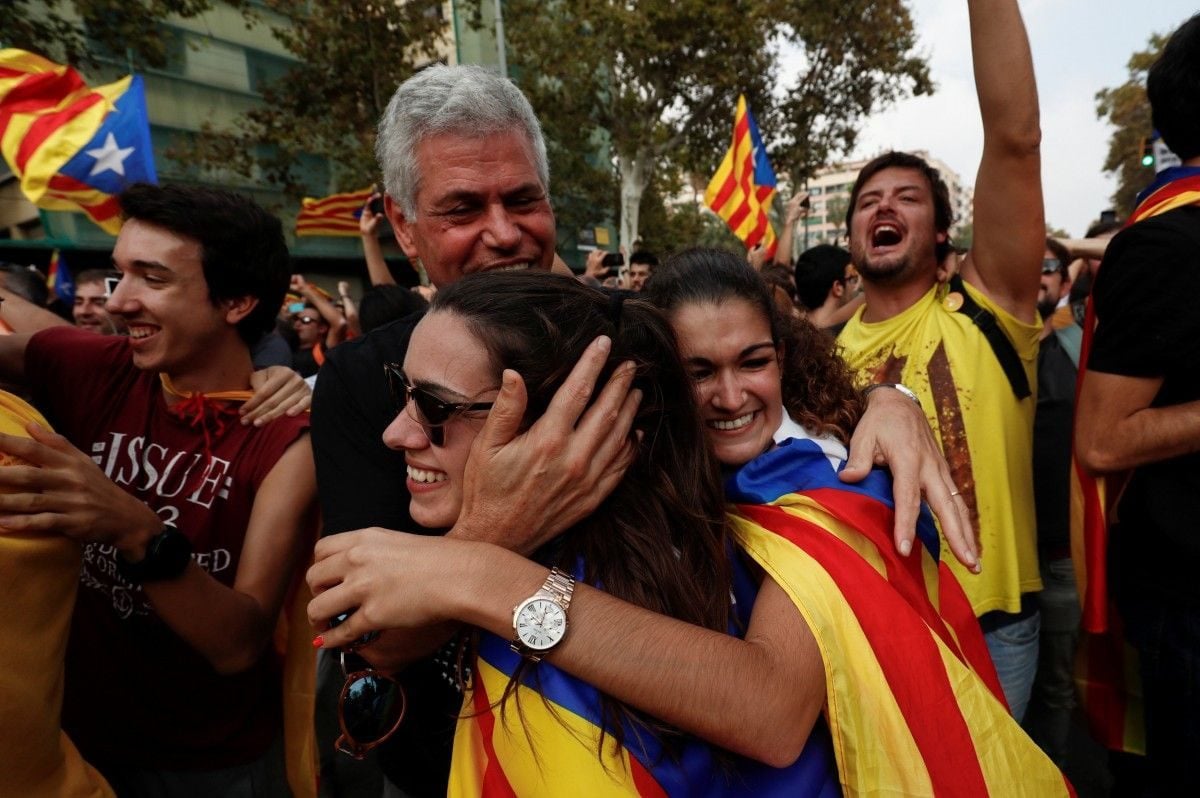 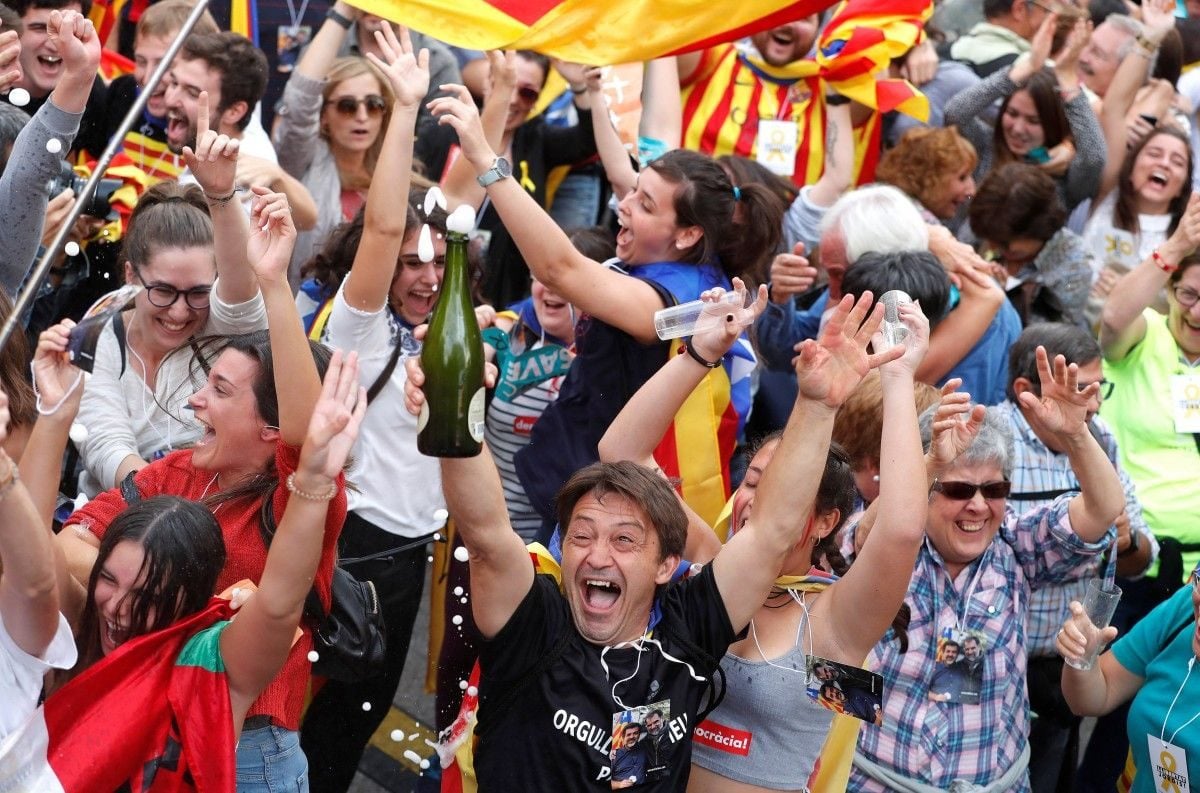 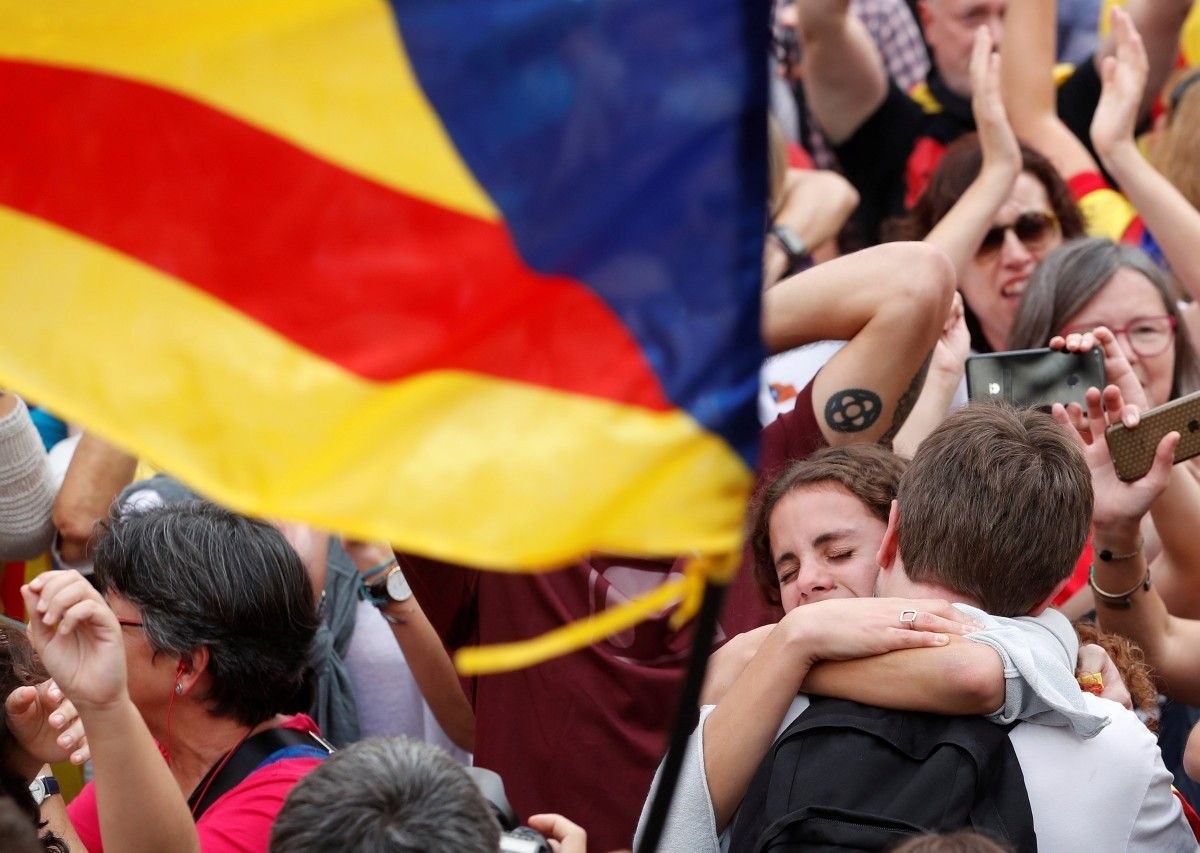 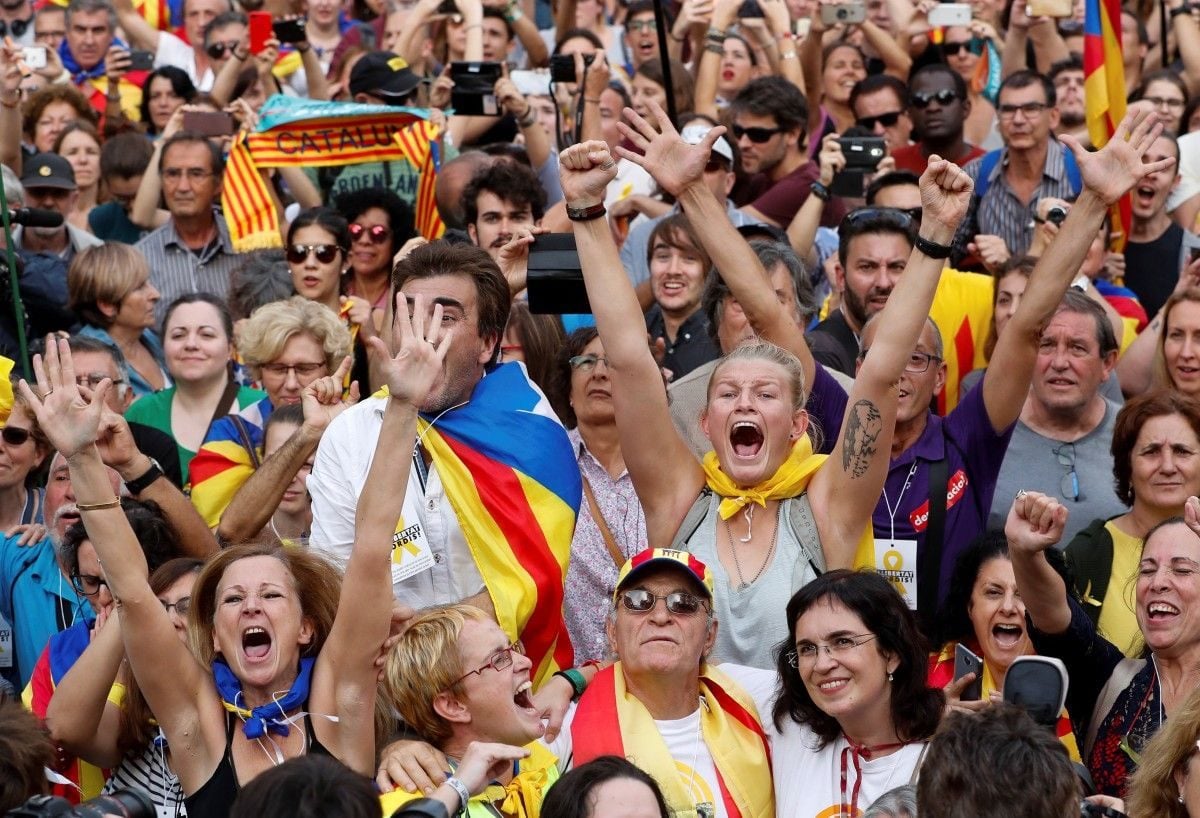 © REUTERS
If you see a spelling error on our site, select it and press Ctrl+Enter
Tags:SpainindependenceCatalonia