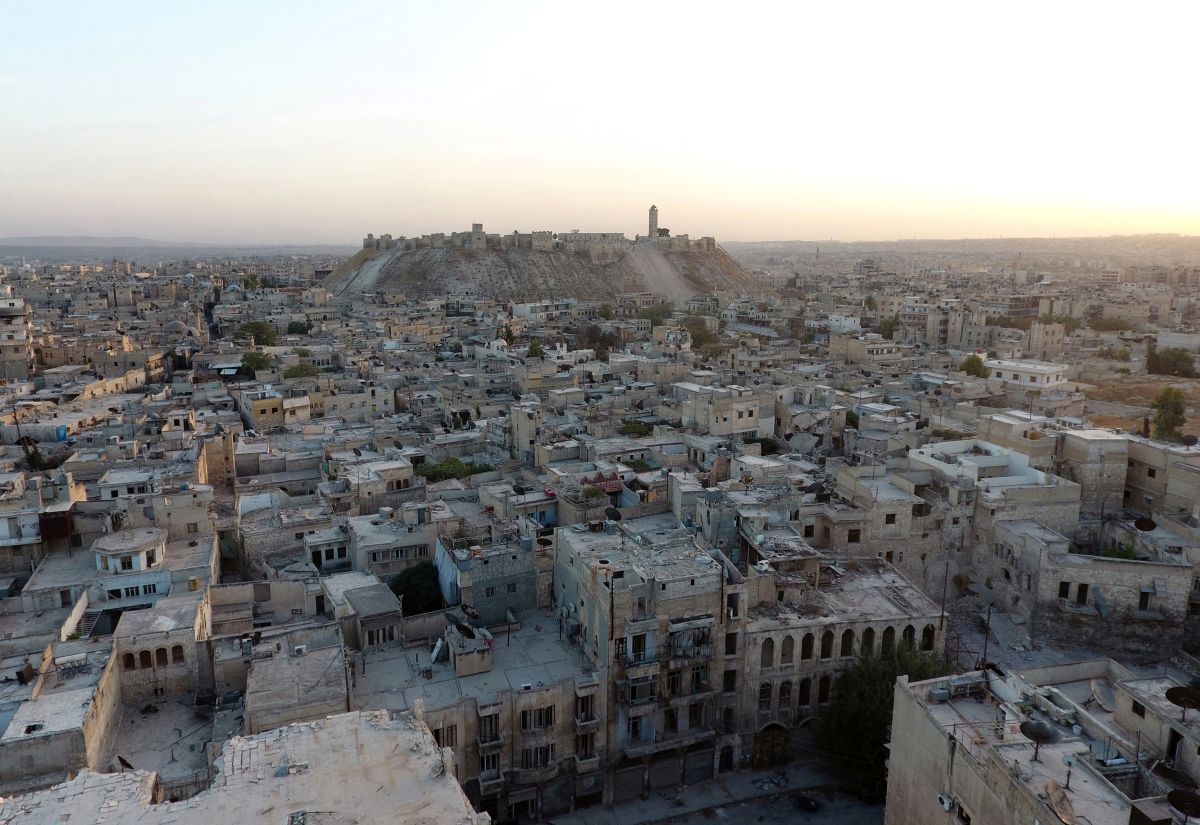 The document, a death certificate issued by the Russian consulate in Damascus dated Oct. 4, 2017, does not say what the deceased was doing in Syria.

But Reuters has established in interviews with the families and friends of some of the deceased and officials in their hometowns that the dead included Russian private military contractors killed while fighting alongside the forces of Moscow's ally, Syrian President Bashar al-Assad.

The presence of the Russian contractors in Syria – and the casualties they are sustaining – is denied by Moscow, which wants to portray its military intervention in Syria as a successful peace mission with minimal losses.

The Russian defense ministry did not immediately respond to detailed questions submitted by Reuters. Requests for comment from the Russian consulate in Damascus did not elicit a response.

Kremlin spokesman Dmitry Peskov said in a statement provided to Reuters on Friday: "We do not have information about individual citizens who visit Syria. With that, I consider this question dealt with."

Reuters sent questions to a group of Russian private military contractors active in Syria through a person who knows their commanders but did not receive a response.

The official death toll of military personnel in Syria this year is 16. A casualty figure significantly higher than that could tarnish President Vladimir Putin's record five months before a presidential election which he is expected to contest.

A Reuters count of the number of Russian private contractors known to have been killed in Syria this year, based on interviews with relatives and friends of the dead and local officials in their hometowns, stands at 26.

Russian authorities have not publicly released any information this year about casualties among Russian civilians who may have been caught up in the fighting.

The Russian Foreign Ministry, in response to Reuters questions, said the consulate in Syria was fulfilling its duties to register the deaths of Russian citizens. It said that under the law, personal data obtained in the process of registering the deaths were restricted and could not be publicly disclosed.

Read alsoRussia vetoes extension of mission probing chemical weapons use in Syria – ReutersIn August, Igor Konashenkov, a Russian defense ministry spokesman, said in response to a previous Reuters report that information about Russian military contractors in Syria was "a myth", and that Reuters was attempting to discredit Moscow's operation to restore peace in Syria.

A Russian diplomat who has worked in a consulate in another part of the world, who spoke on condition of anonymity because he is not authorized to speak to the media, said the figure of 131 registered deaths in nine months was unusually high given the estimated number of Russian expatriates in Syria.

Although there is no official data for the size of the community, data from Russian national elections shows there were only around 5,000 registered Russian voters in the country in 2012 and 2016.

"It is as if the diaspora is dying out," he said.

High numbers of deaths are usually recorded by Russian consulates only in tourist destinations such as Thailand or Turkey, he said.

Russian consulates do not register the deaths of military personnel, according to an official at the consulate in Damascus who did not give his name. 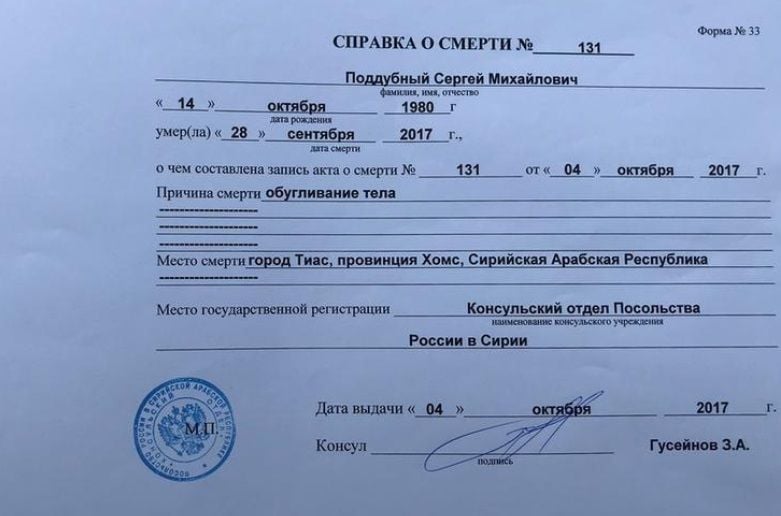 Poddubny's certificate, which bears the consulate's stamp, lists the cause of death as "carbonization of the body" - in other words, he was burned.

It said he was killed on Sept. 28 in the town of Tiyas, Homs province, the scene of heavy fighting between Islamist rebels and pro-Assad forces. Several Russian contractors were killed in the area earlier this year, friends and relatives told Reuters.

Read alsoRussian Su-24 warplane crashes at air base in Syria, crew dies – mediaPoddubny's body was repatriated and buried in his home village in southern Russia about three weeks later. He had been in Syria as a private military contractor, one of his relatives and one of his friends told Reuters.

Poddubny's death certificate had a serial number in the top right corner, 131.

Under a Justice Ministry procedure, all death certificates are numbered, starting from zero at the start of the year and going up by one digit for each new death recorded.

The Russian diplomat confirmed that is the procedure.

Reuters saw two other certificates, both issued on Feb. 3. The numbers – 9 and 13 – indicate certificates for at least five deaths were issued on that day. They were both private military contractors, according to people who know them.

The death of a Russian citizen would have to be registered at the consulate in order to repatriate the body back to Russia via civilian channels, according to the Russian diplomat.

A death certificate from the consulate would also help with bureaucracy back home relating to the dead person's assets, the diplomat said.

The bodies of Russians fighting on the rebel side are not repatriated, according to a former Russian official who dealt with at least six cases of Russians killed in Syria and the relatives of four Russian Islamists killed there.

A few thousand Russian citizens with Islamist sympathies have traveled to rebel-held areas since the conflict began in 2011, according to Russian officials.

If you see a spelling error on our site, select it and press Ctrl+Enter
Tags:RussiaSyriacasualtiesmilitary