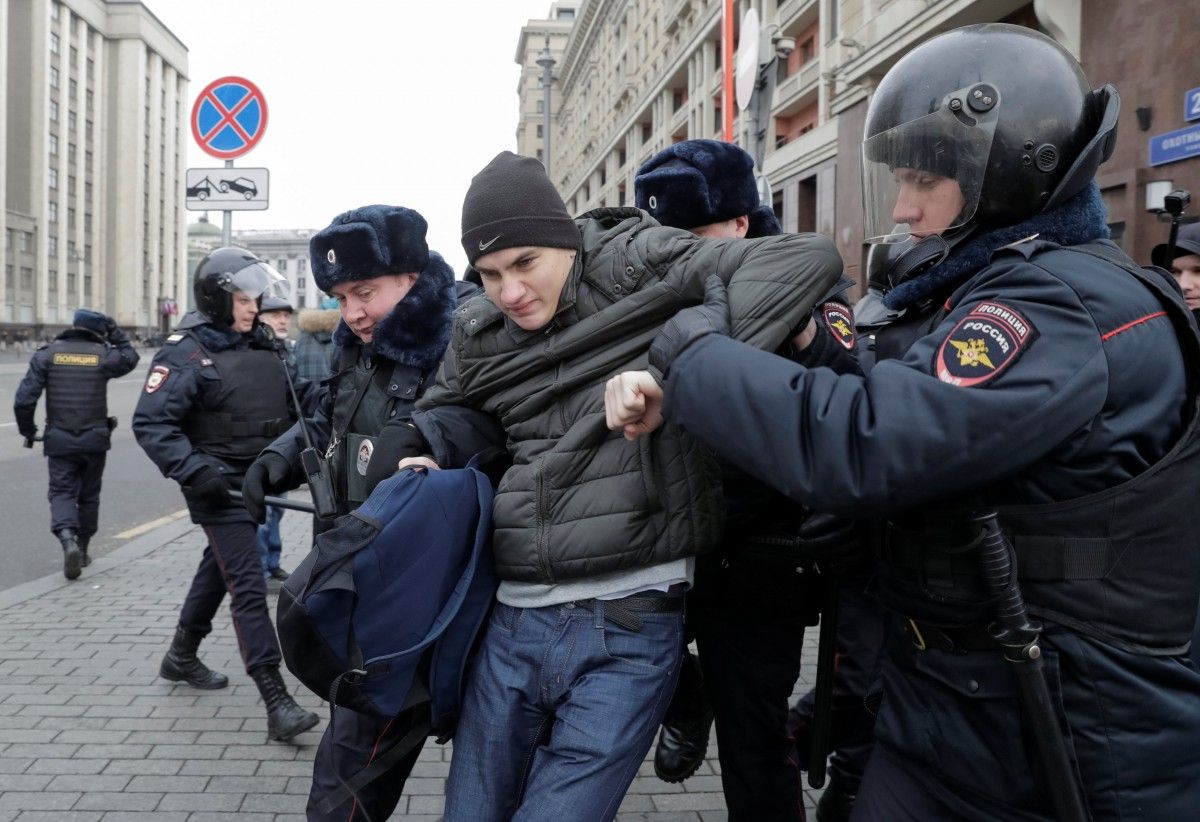 The Interior Ministry said police detained 263 people at the unsanctioned demonstration on Manezh Square by the Kremlin walls on November 5, according to RFE/RL.

OVD-Info, which monitors crackdowns on demonstrations, put the number of people detained in the capital at nearly 300.

It said more than 20 people were also held at rallies in St. Petersburg, Krasnodar, Krasnoyarsk, Perm, and Rostov-on-Don, without providing further details.

Reuters reported that police detained a few dozen people on a Moscow street, although none of those detained had any posters or were chanting slogans.

A reporter for the radio station Ekho Moskvy, Andrei Yezhov, wrote on Twitter that he was detained and that most of those held were in their early 20s. He said he was later released without charge.

OVD-Info, which monitors crackdowns on demonstrations, said on November 5 that 25 people were also detained at rallies in St. Petersburg, Krasnodar, Krasnoyarsk, Perm, and Rostov-on-Don.

It did not provide further details.

On November 4, police detained dozens of nationalist demonstrators at an anti-government rally in Moscow.

Read alsoReuters Exclusive: Death certificate offers clues on Russian casualties in SyriaSelf-exiled Kremlin critic Vyacheslav Maltsev said on YouTube that Russia is up for a "revolution" this weekend.

Maltsev, who has described himself as a nationalist and anarchist, is the leader of the Artpodgotovka (Artillery Bombardment) movement.

This year's celebrations come amid the centennial of the 1917 Bolshevik Revolution.

If you see a spelling error on our site, select it and press Ctrl+Enter
Tags:RussiapoliceprotestsrallyMoscow