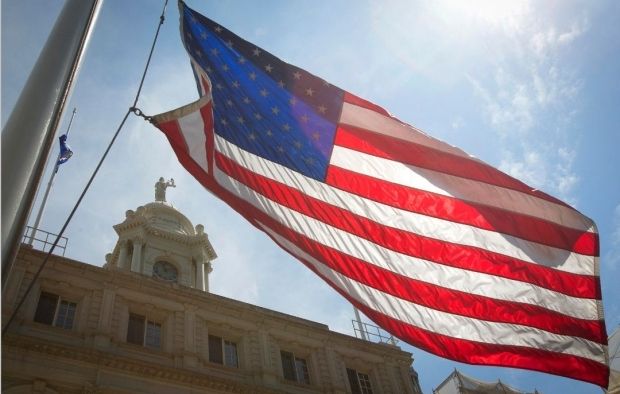 "Congressional investigators have interviewed ex-Donald Trump aides and advisers including J.D. Gordon, the national security policy representative at last year's GOP convention, about the campaign's push to remove proposed language from the 2016 Republican platform that called for giving weapons to Ukraine," POLITICO reported.

People involved in crafting the platform also were expecting interest from special counsel Robert Mueller's team, such as witness interviews or producing documents, some of those sources said.

The Trump campaign's position in the platform fight was seen at the time as making the official GOP stance friendlier toward Russia because the proposed language they defeated would have endorsed sending weapons to aid the Ukrainian government's fight against pro-Russian separatists in the eastern part of the country.

Many leading Republicans backed the idea, so the platform fight came as a surprise.

"Investigators are rightly looking into whether or not crimes were committed by individuals connected to Ukraine, including possible FARA violations and other illegal activities," Gordon wrote, referring to the Foreign Agents Registration Act. "I applaud them for conducting a thorough investigation as there are clearly two sides to the GOP Platform controversy."

Diana Denman – a Texas delegate to the 2016 convention who pushed for the GOP platform to support providing weapons to Ukraine, the provision Trump aides fought to change – told POLITICO that she had hired a Washington-based defense lawyer within the past 10 days. She said she spent several days in Washington last week on related issues.

"It seems that I needed to do this and I was advised to do it," said Denman, who said she proposed the pro-Ukraine amendment because she thought it was in line with the GOP position and in favor of "people fighting for their freedom."

"I was told why I should not discuss anything further," she added. "I know I'm not being very helpful, but I'm locked down."

Details of the amendment fight remain in dispute. Denman said that after her proposal was offered, Gordon intervened to lobby members of the GOP foreign policy platform committee, with help from other Trump campaign officials. Gordon has denied that, but he acknowledged asking the subcommittee to table the amendment until the end of the deliberations so he could alert campaign officials.

The amendment was tabled, and the language for the official party platform ultimately was changed to offer "appropriate assistance" to Ukraine, which Gordon said reflected the original draft language.

One of the things investigators want to know is who Gordon was consulting with, and why, during the extended period when the campaign was fighting the proposed change.

As UNIAN reported earlier, during the 2016 GOP convention, the Trump campaign beat back efforts to have the Republican platform endorse lethal assistance to Ukraine. Ever since the question of whether Trump would come to the defense of Ukraine has gone unanswered.

Trump often says he would like to improve relations with Russia, but that can only be done from a position of strength. The United States failed to prevent Russia from meddling in Georgia, Moldova and Crimea. Trump must now decide if he is going to help Ukraine fend off Russian aggression or allow Putin to create yet another endless "frozen conflict" while the United States stands by.

If you see a spelling error on our site, select it and press Ctrl+Enter
Tags:RussiaUkrainearms