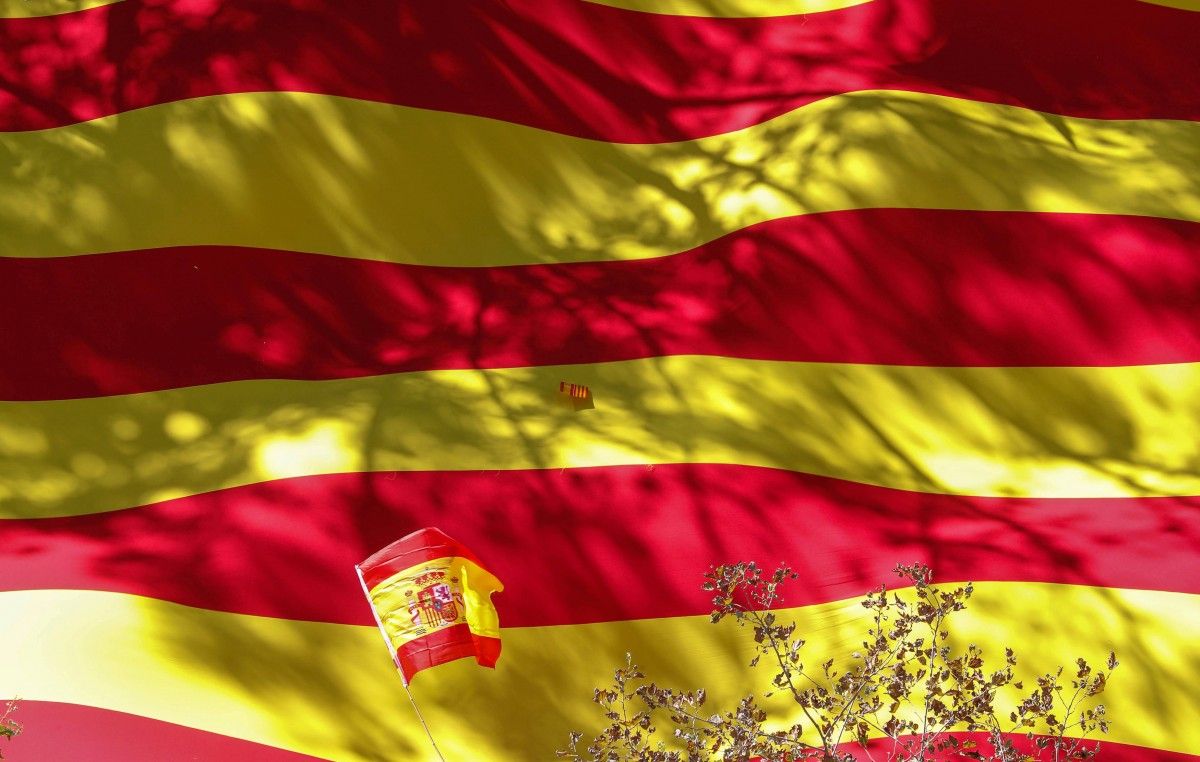 "This is a serious issue, where democracy must confront the challenges of new technologies," Mendez de Vigo told reporters on Friday. "It's an issue that will be on the order of the day at the next Foreign Affairs Council meeting, where the [Spanish] foreign minister [Alfonso Dastis] will speak on the matter. […] We believe that Europe has to take this issue very seriously. It can't be that foreign forces, outsiders, whom we don't know who they are, want to change the constitutional order," he added, El Pais reported.

Read alsoSpanish court annuls Catalonia's declaration of independence - media"The government has corroborated the fact that many messages and operations that were seen via social networks come from Russian territory," Defense Minister Maria Dolores de Cospedal continued. "And I use the correct expression: from Russian territory. That's not to say necessarily that we have determined that it is the Russian government. As such, we must act with extreme caution. We have to be clear on the origins. They are partly from Russian territory, partly from elsewhere, also outside the EU. We are determining this at the current time."

Hackers from Russia and Venezuela have been publishing fake or distorted news stories related to Catalonia and to Spain. For example, one story claimed that the Balearic Islands was in favor of independence for Catalonia, while another reported that Castilian Spanish was no longer taught in the region's schools. The multiplication of news stories about Catalonia has increased exponentially since the start of the institutional crisis.

According to Popular Party spokesperson in the European Parliament, Esteban Gonzalez Pons, this meddling is designed to destabilize the European Union. "And at the moment, the focus for achieving this objective has been put on Catalonia," he stated.

If you see a spelling error on our site, select it and press Ctrl+Enter
Tags:RussiaSpainhackersCatalonia