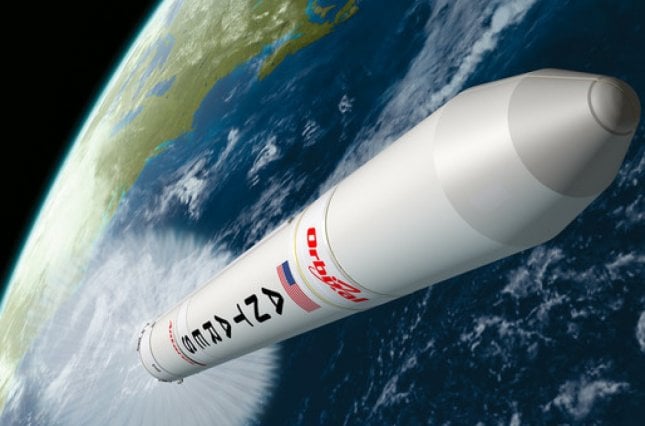 The main developer of the carrier rocket is U.S.-based Orbital ATK / Photo from dt.ua

"At 14:19 Kyiv time on November 12, the redesigned Antares 230 rocket with a Cygnus transport spacecraft was successfully launched on Wallops in Virginia, the United States," the agency said.

The main developer of the carrier rocket is U.S.-based Orbital ATK, the agency said.

Read alsoUkraine to partner up with U.S. in Antares space launch"The basic design of the first stage is developed by Ukrainian space industrial enterprises, namely M.K. Yangel Yuzhnoye (Pivdenne) Design Bureau and A.M. Makarov Yuzhmash (Pivdenmash) machine plant (both based in Dnipro) in cooperation with the enterprises Khartron-ARKOS (Kharkiv), Khartron-UCOM (Zaporizhia), CHEZARA and RAPID (Chernihiv), and others," the press service said.

Ukrainian specialists also took part in preparations and the launch.

Cygnus, which was developed by Orbital ATK's predecessor Orbital Sciences Corporation for NASA's Commercial Orbital Transportation Services (COTS) and Commercial Resupply Services (CRS) programs, is one of two U.S. cargo vehicles that form part of a fleet of international spacecraft used to support the International Space Station (ISS) in orbit.

Cygnus will deliver to 3,229 kg of cargo to the ISS. The docking of Cygnus with the ISS is scheduled for November 14, the Ukrainian agency said.

If you see a spelling error on our site, select it and press Ctrl+Enter
Tags:USA