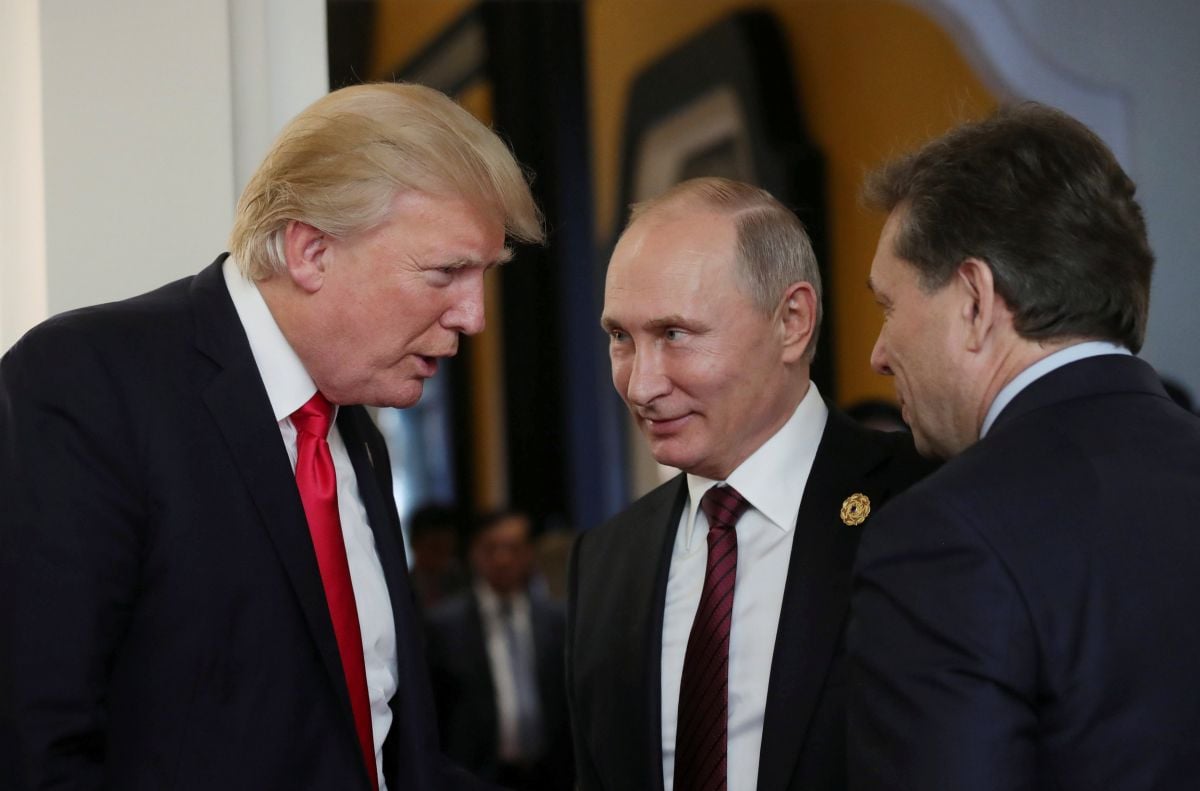 The three staffers, who have not been accused of any wrongdoing, advised the GOP convention's platform committee on foreign policy matters and had front-row seats when a low-profile group of delegates, acting in conjunction with Trump campaign officials, spiked a proposal urging a tougher U.S. policy against Russian aggression in Ukraine, Politico reports.

That change has drawn scrutiny from the House and Senate intelligence committees as they investigate whether any Trump campaign officials cooperated with Russian meddling in the 2016 election. Some witnesses say they expect it to become a topic of interest in special counsel Robert Mueller’s parallel criminal probe.

The killed language called for the U.S. to supply weapons to Ukrainian government forces fighting Russian-backed separatists in the country’s east. Instead, the committee, and ultimately the full GOP convention, backed a proposal that called for "appropriate assistance" to Ukraine.

Senate Intelligence Committee chairman Richard Burr signaled last month that the platform episode was not a top priority for his panel. Burr said the committee had interviewed "every person involved in the drafting of the campaign platform” and felt "campaign staff was attempting to implement what they believed to be guidance to be … a strong ally in Ukraine but also leave the door open for better relations with Russia."

Read alsoCalls for arming Ukraine removed from 2016 GOP platform possibly for Russia-friendly stance – mediaBut House investigators appear to have a more active interest. When former Trump campaign foreign policy adviser Carter Page appeared before the House Intelligence Committee earlier this month, the committee's top Democrat, Rep. Adam Schiff of California, asked whether Page had communicated with campaign officials about the change to the platform. Schiff read aloud from an email in which Page congratulated campaign staff on the change.

“As for the Ukraine amendment, excellent work,” Page — who has been accused of concealing his contacts with Russians — wrote in an email to other campaign foreign policy advisers.

The three congressional aides had an up-close view of the process by which the GOP’s foreign policy platform was crafted in July 2016.

Sources who were present said the Ukraine amendment was lumped in with a series of other amendments expected to provoke debate among convention delegates. Some of the more anti-interventionist Republicans on the committee were vocal on the measure, as well as on others regarding military action in Iraq and Syria. The most fervent debate, according to witnesses, came over the issue of gays serving in the military.

“In return the Trump team had agreed to sideline Russian intervention in Ukraine as a campaign issue,” according to the dossier, which Trump has dismissed as a fake.

If you see a spelling error on our site, select it and press Ctrl+Enter
Tags:RussiaUkraineUSATrumpcollusionGOPRussiaProbe