British MPs defend fees of up to GBP 1,000 an hour to appear on Kremlin propaganda channel 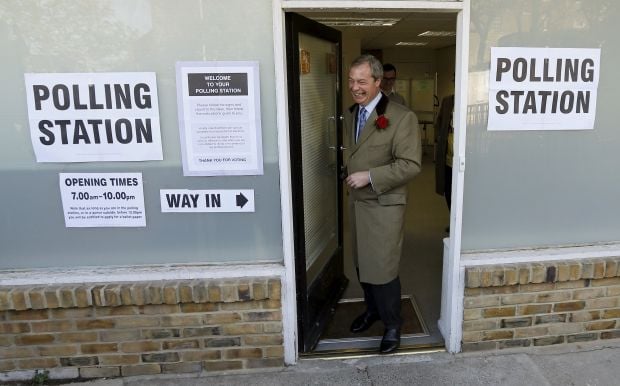 Analysis of the Commons register of interests for the last two years show at least 10 have been paid handsomely for appearing on the channel, which is now coming under acute scrutiny after both the U.S. and UK governments accused Russia of meddling in elections and pushing fake news, according to the Guardian.

The biggest earner was the former Respect MP George Galloway, who, between November 2013 and February 2015, was paid more than GBP 100,000 to front his own show on RT. It is unclear how much the former first minister of Scotland, Alex Salmond, now hosting a talkshow on the channel, will earn.

Others who have appeared on RT include Nigel Farage and former Labour spin doctor Alastair Campbell. It is not clear whether either was paid.

More MPs may be inclined to distance themselves from RT now that all material broadcast in the US by RT will have to be flagged to viewers as “on behalf of” the Russian government.

The decision prompted former London mayor Ken Livingstone to urge the channel “to sail on telling the truth that you believe”.

Read alsoRussian trolls pushed pro-Brexit spin on day of referendum – CNNBut others are wary about its reach and influence. An unclassified version of a January U.S. intelligence report said RT and a sister website, Sputnik, were key weapons used by Russia to interfere in the U.S. presidential election.

The European Values thinktank, which has received money from the UK and U.S. governments, as well as the European commission, recently published a report that listed more than 2,000 US and European politicians who have appeared on RT.

“People who don’t understand this issue very well might think it’s harmless to appear on a satirical show, but it’s a failure of judgment and a lack of imagination in understanding how insidious the whole machine is,” she said.

If you see a spelling error on our site, select it and press Ctrl+Enter
Tags:RussiaBritainpropagandapaymentMPs