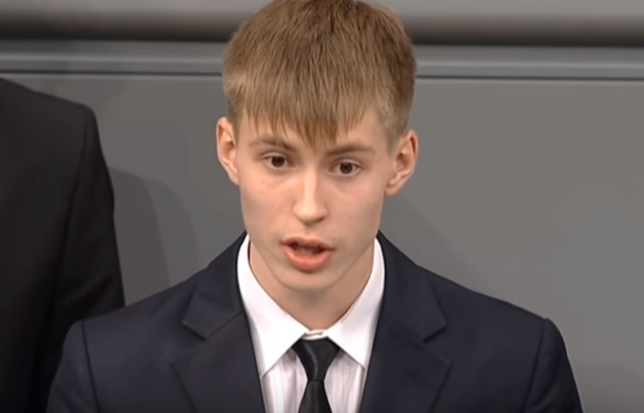 Among other data, the FSB enquired with the relevant authorities whether the teenager has any family members from Ukraine, according to Znak.

"A request came from the special services to report on possible relatives of Nikolai [the teenager in question] in Ukraine. We provided information on his relatives," said the source in the mayor's office.

Read alsoGermany’s top diplomat says West, Russia’s views on peacekeeping mission in Donbas differAs reported, the Russian youngster got into a spotlight of security services because of his recent address in the German parliament where he was an invited visitor. In particular, he talked about the fate of a German soldier who died in Soviet captivity. The teenager expressed his opinion that not all Germans wanted to fight for Nazi Germany in World War 2.

A number of Russian officials and bloggers lashed out at the student with criticism, alleging that thinking in this direction and whitewashing Germans could lead to redrawing history. One of the bloggers even drew public attention to the Ukrainian origin of the young historian's last name.

If you see a spelling error on our site, select it and press Ctrl+Enter
Tags:RussiaUkraineWW2historyBundestagteenager