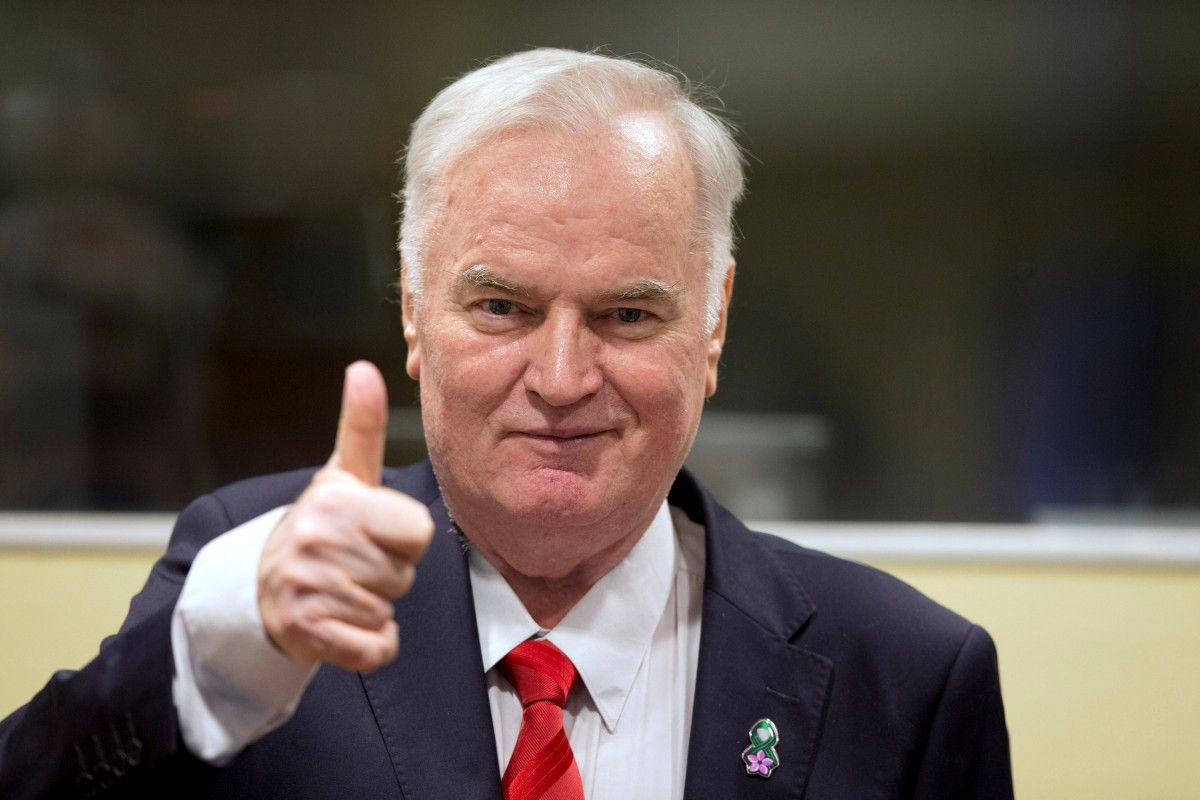 Mladic, 74, was hustled out of the court minutes before the verdict for screaming "this is all lies, you are all liars" after returning from what his son described as a blood pressure test which delayed the reading-out of the judgment, as reported by Reuters.

The U.N. Criminal Tribunal for the Former Yugoslavia found Mladic guilty of 10 of 11 charges, including the slaughter of 8,000 Muslim men and boys at Srebrenica and the siege of the Bosnian capital Sarajevo, in which more than 11,000 civilians were killed by shelling and sniper fire over 43 months.

The killings in Srebrenica of men and boys after they were separated from women and taken away in buses or marched off to be shot amounted to Europe's worst atrocity since World War Two.

"The crimes committed rank among the most heinous known to humankind, and include genocide and extermination as a crime against humanity," Presiding Judge Alphons Orie said in reading out a summary of the judgment.

"Many of these men and boys were cursed, insulted, threatened, forced to sing Serb songs and beaten while awaiting their execution," he said.

Read alsoSerbia opens 45 cases against Serbian mercenaries fighting abroad, incl. in DonbasMladic had pleaded not guilty to all charges and is expected to appeal against his conviction.

In its summary, the tribunal found Mladic "significantly contributed" to genocide committed in Srebrenica with the goal of destroying its Muslim population, "personally directed" the long bombardment of Sarajevo and was part of a "joint criminal enterprise" intending to purge Muslims and Croats from Bosnia.

In Geneva, U.N. human rights chief Zeid Ra‘ad al-Hussein called Mladic the "epitome of evil" and said his conviction after 16 years on the run and over four years of trial was a "momentous victory for justice".

"The prosecution of Mladic is the epitome of what international justice is all about," Zeid said in a statement.

"Today's verdict is a warning to the perpetrators of such crimes that they will not escape justice, no matter how powerful they may be nor how long it may take."

If you see a spelling error on our site, select it and press Ctrl+Enter
Tags:genocide