RFE/RL: Russia's Kovalev knocks out Ukraine's Shabranskyy in second round 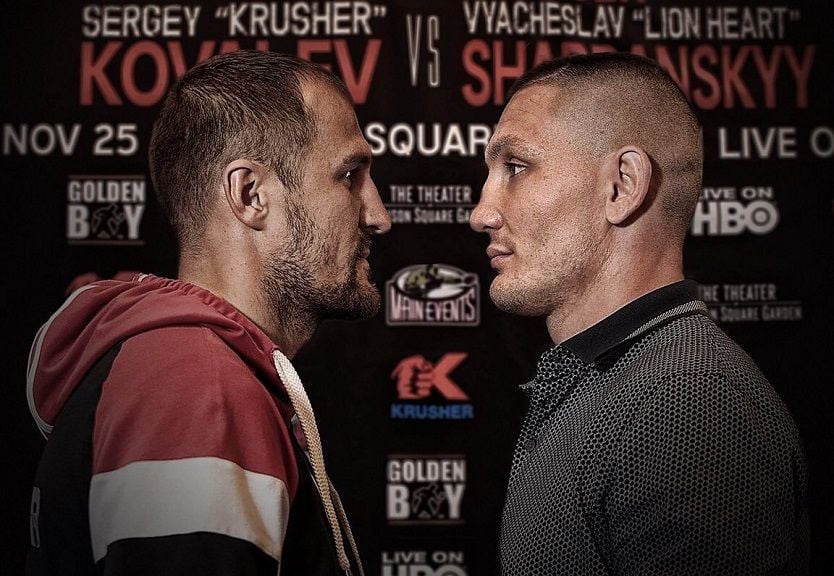 Kovalev hit Shabranskyy with a series of right hands to end the match two minutes and 26 seconds into the second round to take victory in New York's Madison Square Garden on November 25, RFE/RL said.

Read alsoWorld Boxing Super Series: Oleksandr Usyk stops Marco Huck to defend title - BBCThe 34-year-old Kovalev knocked Shabranskyy to the floor twice in the first round and once more in the second.

Russia's Bakhram Murtazaliev scored a fifth-round knockout of Carlos Galvan from Colombia in their super-welterweight match. Murtazaliev is now 11-0 with nine knockouts.

If you see a spelling error on our site, select it and press Ctrl+Enter
Tags:RussiaboxingNYC