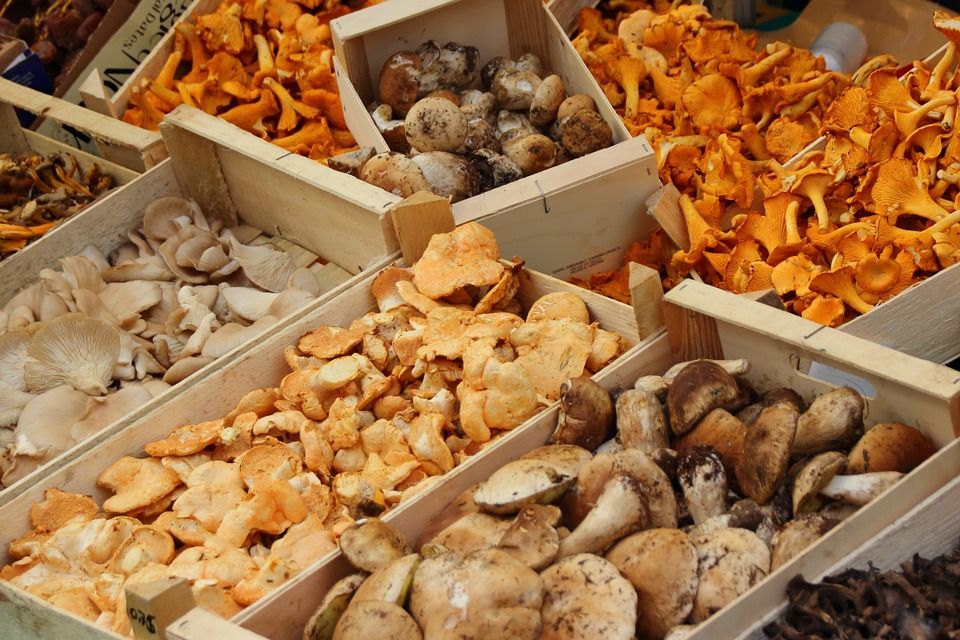 Earlier, the head of French nuclear regulator ASN Pierre-Franck Chevet told the French senate that traces of cesium had been found on imported mushrooms from Russia and did not mention Belarus, Reuters said.

Read alsoRussia confirms radioactivity emanating from southeastern Urals – mediaA spokesman for French nuclear safety institute IRSN said that a few days ago customs officials found that a 3.5 tonne shipment of Belarus mushrooms coming through Frankfurt, Germany was contaminated with cesium 137, a radioactive nuclide that is a waste product of nuclear reactors.

While the contaminated mushrooms did not represent a health threat to consumers, the shipment will be destroyed in a specialized incinerator in coming days, the IRSN said.

"There is no link with the ruthenium 106 pollution," the official said.

Earlier this month the IRSN said that a cloud containing radioactive ruthenium 106 originating from southern Russia had blown over large parts of Europe in October but added that there was no danger to people.

Russia later confirmed it had measured ruthenium pollution at nearly 1,000 times normal levels in the Ural mountains, but did not acknowledge any accident.

"As the mushrooms came from Belarus, it is very likely the contamination originated in Chernobyl," the official said.

ASN did not reply to a number of Reuters calls later on Thursday.

Chernobyl, Ukraine is just south of the Belarus border and was the site of a major nuclear disaster in 1986. Cesium 137, which has a 30-year half-life, is still widely found in the areas around Chernobyl.

The official said it was highly unusual for such a large shipment of mushrooms to be stopped and that none of the produce had made it onto French retail markets.

Mushrooms, more than any other vegetable, concentrate radioactivity because their thread-like root systems spread over a large area for several meters on the surface around the plant.

The IRSN said eating tens of kilos of the Belarus mushrooms would expose a consumer to a radioactivity level similar to natural ambient radioactivity during a whole year.

He added there had been no risk for the customs officials, even if they had touched the mushrooms with their bare hands.

Earlier, the head of the French nuclear regulator ASN told the French senate that traces of cesium had been found on imported mushrooms and said there was no connection with the ruthenium pollution.

French consumer protection agency DGCCRF said in a statement that the Belarus mushrooms had cesium 137 levels above legal limits but contained no ruthenium 106.

The agency said that following the discovery of the ruthenium, it had started testing samples of food products imported from the regions affected by the radioactive cloud. So far, it has not found food items with ruthenium 106 levels above legal thresholds.

If you see a spelling error on our site, select it and press Ctrl+Enter
Tags:Franceradioactivity