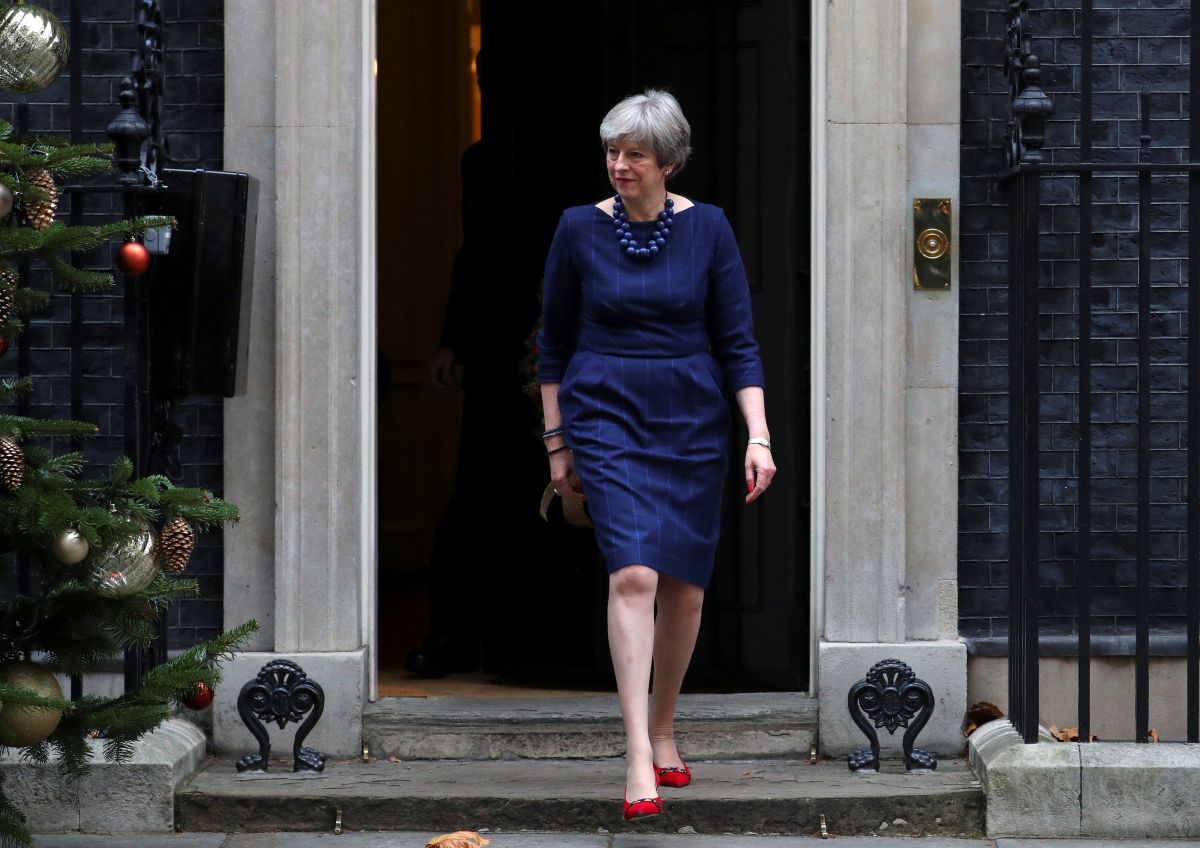 Two men have been arrested on suspicion of plotting to kill the Prime Minister by using a bomb disguised as a bag to blow off the gates of Downing Street and then attack her with knives, The Independent.

The suspects were detained during raids in London and Birmingham last week and charged with terrorism offenses. They are due to appear in Westminster Magistrates' Court on Wednesday.

The plot was revealed to the Cabinet yesterday by Andrew Parker, the head of MI5, who also told ministers that security services have foiled nine terrorist attacks on the UK in the last year.

The Metropolitan Police said Naa'imur Zakariyah Rahman, 20, from north London, and Mohammed Aqib Imran, 21, from Birmingham, had been charged with preparing a terrorist act.

A Scotland Yard spokesperson declined to confirm that the arrests were linked to a plot to attack Ms. May.

It comes as a new report found that security services could possibly have prevented a suicide attack at the Manchester Arena in May. Bomber Salman Abedi killed 22 people when he blew himself up outside an Ariana Grande concert.

David Anderson QC, who was asked to conduct an independent investigation, said Abedi had been on MI5's radar but that his "true significance was not appreciated at the time".

Read alsoSBU: Female suspect in assassination of counterintel colonel in Mariupol detained in OdesaAfter reviewing the security services' actions in relation to four terrorist attacks in the UK this year, Mr. Anderson said: "It is conceivable that the Manchester attack, in particular, might have been averted had the cards fallen differently."

Addressing the Cabinet, Mr. Parker reportedly said Isis had been defeated in Syria and Iraq but was continuing to orchestrate attacks on the UK. Militants are increasingly using social media to try to communicate with would-be attackers, he said.

After the meeting, Ms. May's spokesman said: "The Prime Minister led thanks to the tireless work of staff at MI5 to combat the unprecedented terrorist threat.

"Cabinet ministers heard that while Daesh suffered major defeats in Iraq and Syria, this did not mean the threat is over. Rather it is spreading to new areas, including trying to encourage attacks in the UK and elsewhere via propaganda on social media."

If you see a spelling error on our site, select it and press Ctrl+Enter
Tags:UnitedKingdomassassinationplotTheresaMay