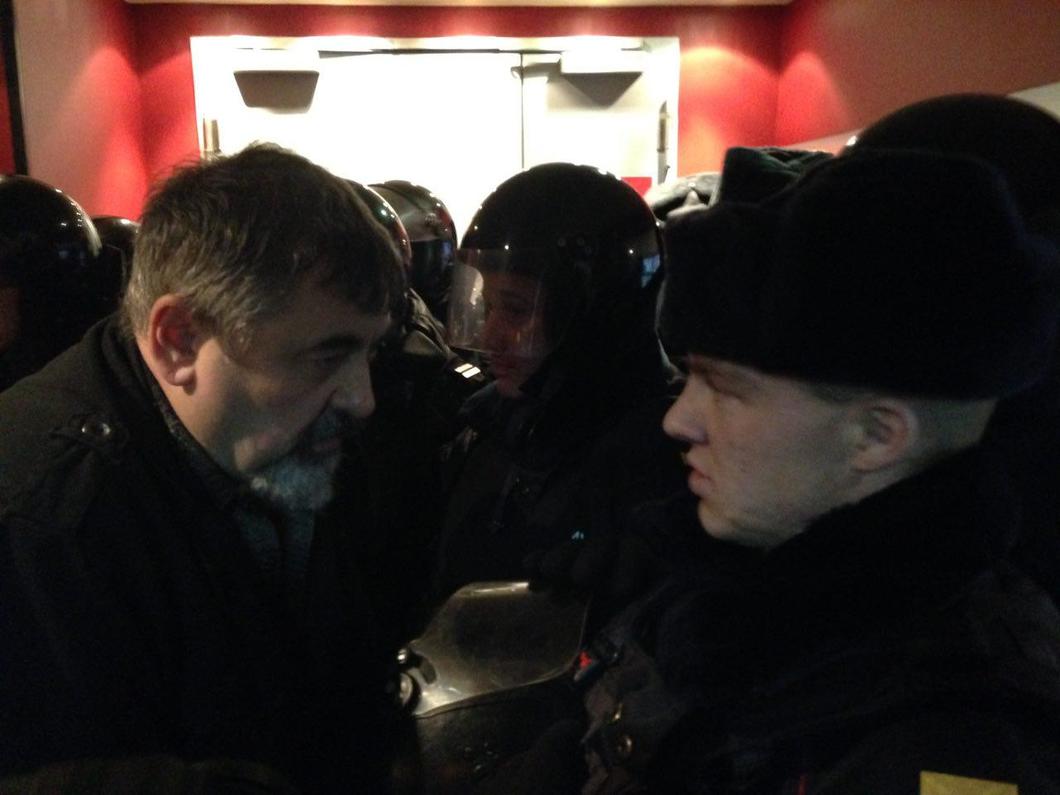 The movie Bullet's Flight by director Beata Bubenets was due to be screened at the documentary film festival Artdocfest in the Oktyabr movie theater on December 10, RFE/RL said.

The leader of the South East Radical Block (SERB) movement, Igor Beketov, was reportedly among three members of the group detained by police over the incident.

Law enforcement authorities have not commented.

If you see a spelling error on our site, select it and press Ctrl+Enter
Tags:warDonbasMoscowfilm