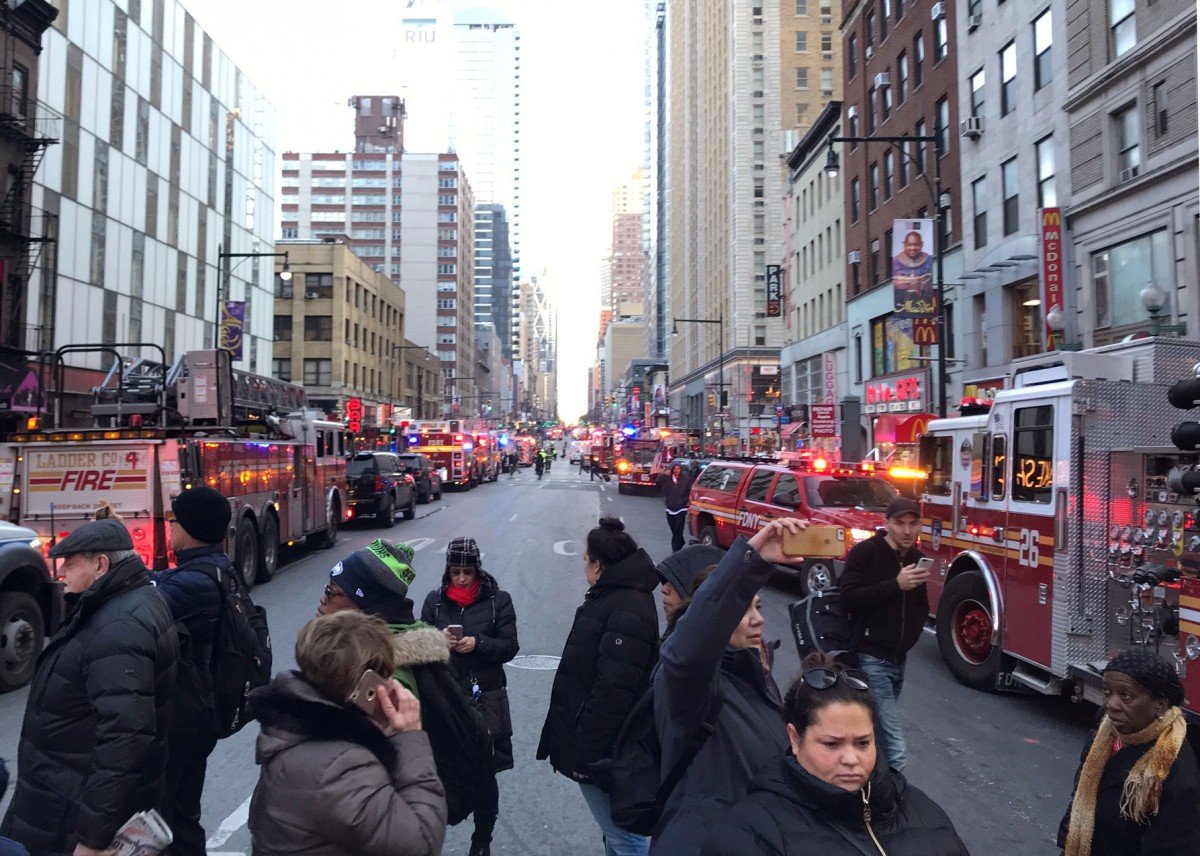 "Terrorists won't win. We are New Yorkers," said Mayor Bill de Blasio after a blast in an underpass at the Port Authority terminal on Monday, the BBC reported.

The suspect, named as Akayed Ullah, 27, was wounded when a "low-tech explosive device" strapped to his body blew up during the rush hour, officials say.

A photo circulating on social media shows a man, said to be the suspect, lying on the ground with his clothes ripped and lacerations on his upper body.

Read alsoAttack on Polish tourist bus near Lviv qualified as terrorist actMayor De Blasio said he was believed to have acted alone.

New York Governor Andrew Cuomo said: "This is New York. The reality is that we are a target by many who would like to make a statement against democracy, against freedom.

"We have the Statue of Liberty in our harbour and that makes us an international target."

If you see a spelling error on our site, select it and press Ctrl+Enter
Tags:USAexplosionNYCManhattan