Car plows into pedestrians in Australia's Melbourne, up to 14 hurt – media 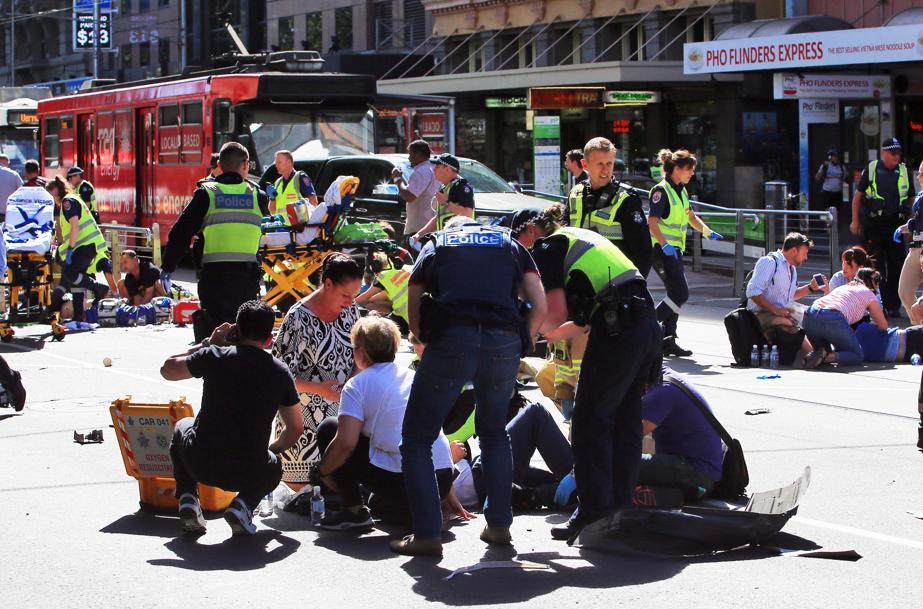 Police said the motive for the incident was not known but it had chilling echoes of several attacks by Islamist militants in various parts of the world over the past year or two, as reported by Reuters.

In January, four people were killed and more than 20 injured when a man deliberately drove into pedestrians at a spot just a few hundred meters away from the Thursday incident, though that incident was not terrorism-related.

"We believe based on what we've seen that it was a deliberate act," Victoria Police Commander Russell Barrett told reporters.

"The motivations are unknown," Barrett said.

Police had arrested two men but that they had not been charged, he said.

The Victoria State ambulance service said it had taken 13 people to hospital, including a pre-school child with a serious head injury.

Police did not identify the two arrested men but pictures taken at the scene and posted on social media showed a bearded man in a flannel shirt sitting on the footpath and talking to police.

Read alsoCNN: 8 dead in Manhattan terror attackMajor streets in Australian cities have been packed with holiday shoppers this week.

The incident took place on Flinders street, a major road that runs alongside the Yarra River.

A Reuters witness said a white sports utility vehicle came to a halt at a busy intersection where commuters enter and exit the busy city Flinders Street railway station.

"It's delayed traffic, trains, trams, everyone's getting diverted," the Reuters witness said, who saw four police cars, two paramedic vehicles, one ambulance and a fire truck at the scene.

Paramedics say they have transported 13 people to a number of hospitals with two people being treated at the scene. MORE: https://t.co/0pY5byFdlqpic.twitter.com/6HgyKIwdOQ