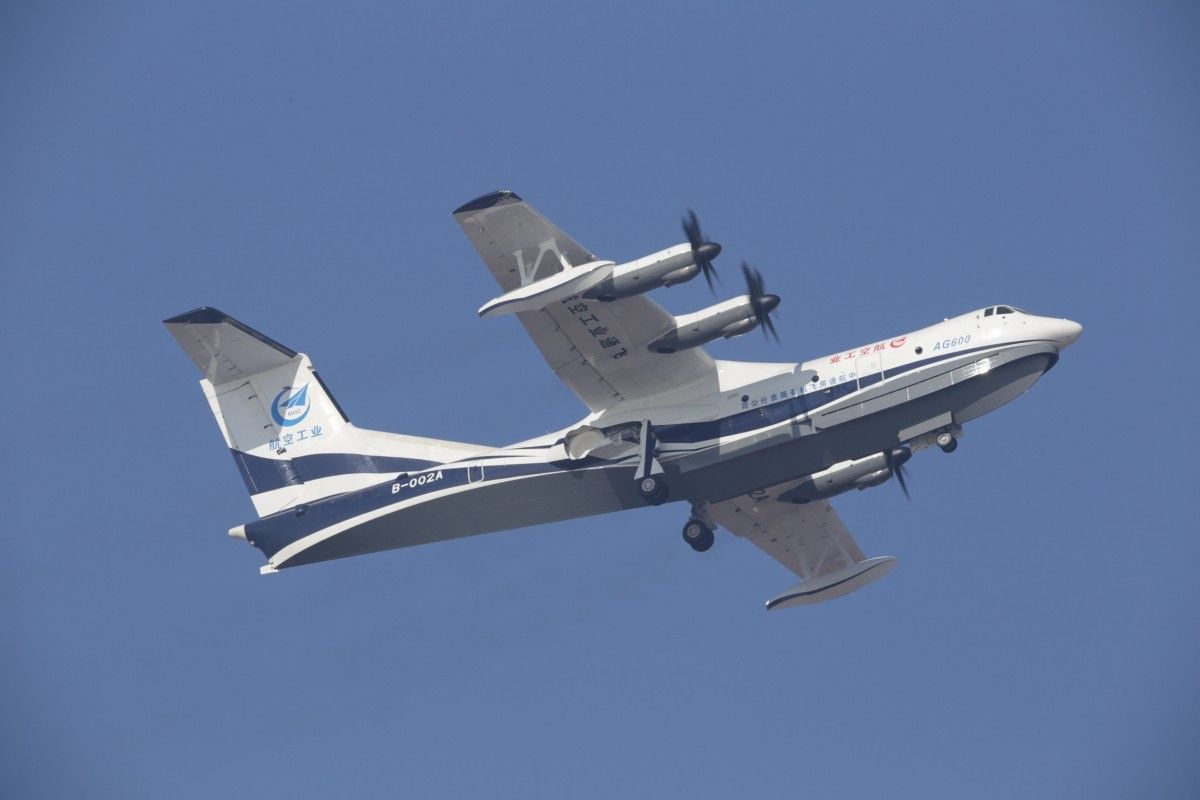 China has stepped up research on advanced military equipment as it adopts a more muscular approach to territorial disputes in places such as the disputed South China Sea, rattling nerves in the Asia-Pacific region and the United States, Reuters said.

State-owned Aviation Industry Corp of China (AVIC) has spent almost eight years developing the aircraft, which is roughly the size of a Boeing Co 737 and is designed to carry out marine rescues and battle forest fires.

However, state media has also noted its potential use in the South China Sea, where China, Vietnam, Malaysia, the Philippines, Taiwan and Brunei all have overlapping claims.

The AG600's chief designer, Huang Lingcai, was quoted in the official China Daily earlier this month as saying it can make round trips without refuelling from the southern island province of Hainan to James Shoal, claimed by China but which is located close to Sarawak in Malaysian Borneo.

Read alsoAntonov to manufacture An-225 Mriya aircraft in ChinaPowered by four turboprop engines, the AG600 can carry 50 people during maritime search-and-rescue missions, and can scoop up 12 metric tons of water within 20 seconds for fire fighting trips, according to state media.

The aircraft has received 17 orders so far from Chinese government departments and Chinese companies. It has a maximum flight range of 4,500 km (2,800 miles) and a maximum take-off weight of 53.5 tonnes.

It can use conventional airports and also land and take-off from the sea.

China is in the midst of a massive military modernisation programme, ranging from testing anti-satellite missiles to building stealth fighters and the country's first indigenous aircraft carrier, to add to an existing one bought from Ukraine.

If you see a spelling error on our site, select it and press Ctrl+Enter
Tags:China