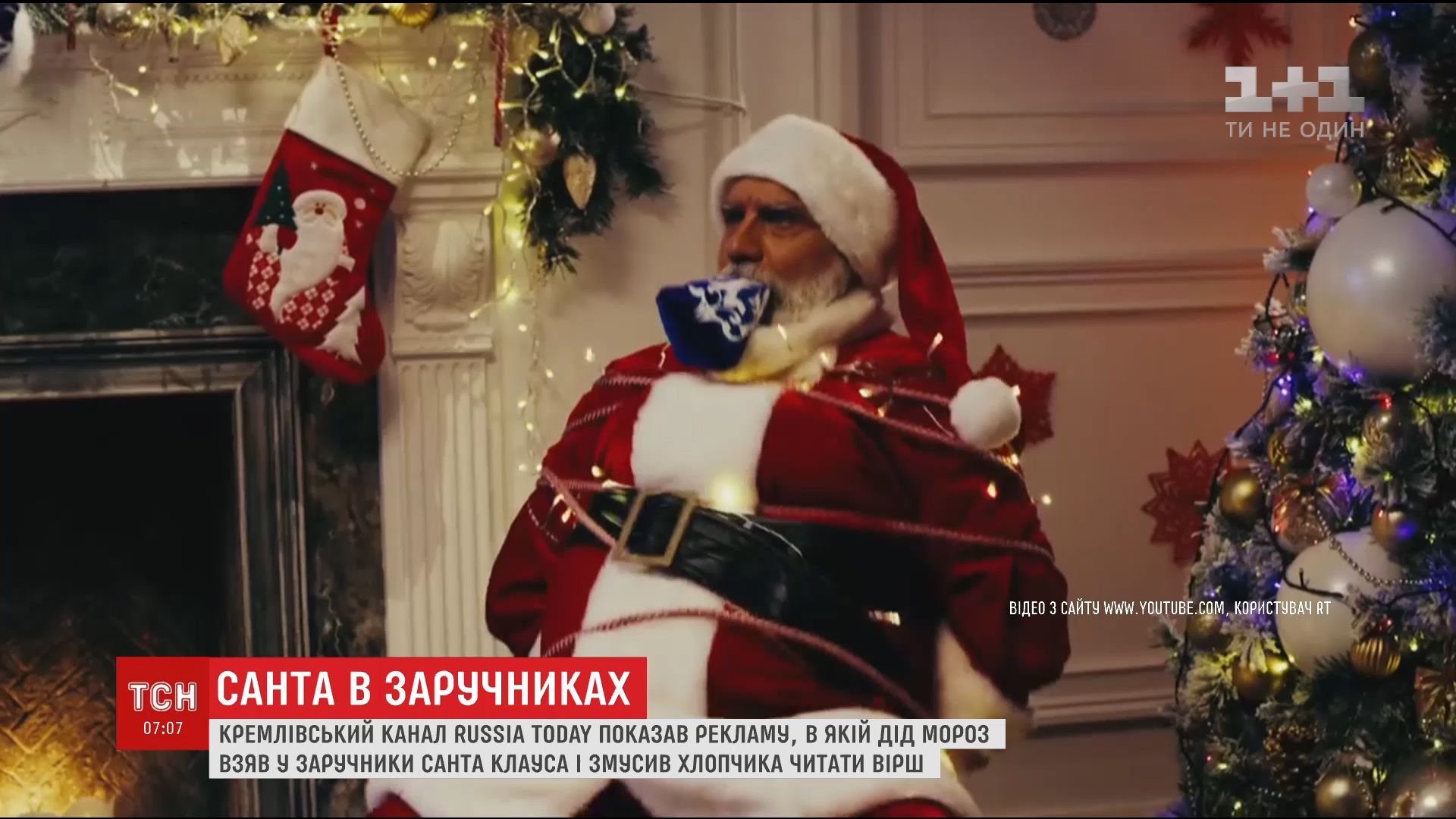 Propaganda masterminds at Russia Today TV channel have released a video where Ded Moroz took Santa Claus hostage and apparently threatened an English-speaking boy, making him read a poem to him with Santa being tied in ropes in the same room on Christmas night.

Read alsoRussian psy-ops campaign paved way for military action in Crimea in 2014 - mediaThe events allegedly take place in the United States. According to the scenario, a boy is waiting for Santa, preparing cookies with milk for him. As he wakes up at night to check out his gifts, he sees Santa Claus tied up and gagged.

Ded Moroz, who has apparently taken Santa hostage, sees the boy and demands that he read a poem to him. Terrified, the boy is shown obeying Ded Moroz and reading a poem, which is in Russian. With a thick American accent, the boy recites a poem about how great Russia is.

Read alsoJailed Russian hacker says hacked DNC under FSB command"We hacked Christmas. Russian hackers," reads the message across the screen at the end of the video.

RT goes on to cynically wish a happy New Year to the audience.

If you see a spelling error on our site, select it and press Ctrl+Enter
Tags:RussiaUSApropagandahostageChristmas