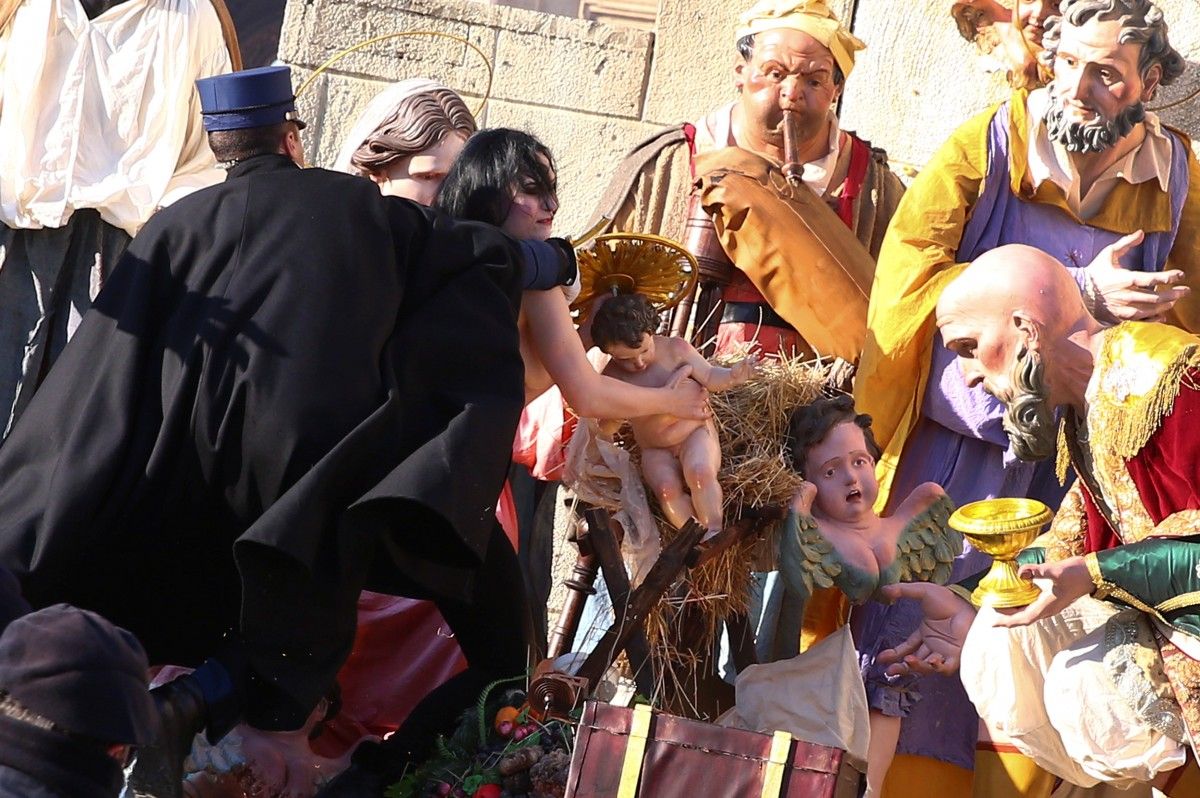 A Reuters photographer said the woman jumped over guard rails and rushed onto the larger-than-life Nativity scene shouting "God is woman." She had the same slogan painted on her bare back.

A Vatican gendarme stopped her from taking the statue and she was detained. The incident happened about two hours before Pope Francis delivered his Christmas message to some 50,000 people in the square.

Read alsoRT's propaganda says Russia "hacked" American Christmas in disturbing videoThe group's website identified her as Alisa Vinogradova and called her a "sextremist." It says the goal of the group, which was founded in Ukraine, is "complete victory over patriarchy."

A Femen activist staged a similar action on Christmas Day 2014 but managed to take the statue out of the crib before she was arrested.

If you see a spelling error on our site, select it and press Ctrl+Enter
Tags:FemenVatican