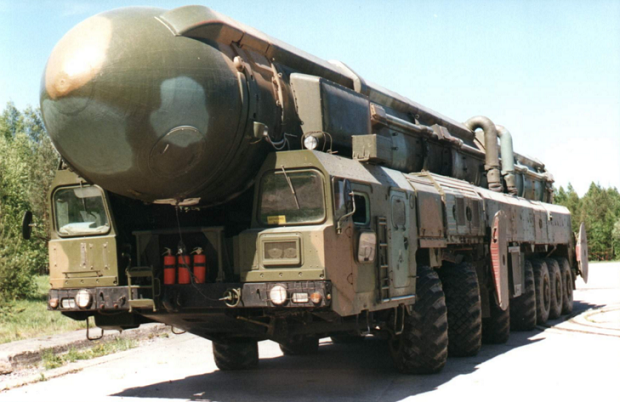 "The launch was aimed at testing perspective armament for intercontinental ballistic missiles," the ministry said.

The RS-12M Topol (SS-25 Sickle) is a single-warhead intercontinental ballistic missile, which entered service in 1985. It has a maximum range of 10,000 km (6,125 miles) and can carry a nuclear warhead with a yield of up to 550 kilotonnes.

The launch was seen in the Russian-occupied Donbas, according to a Germany’s Bild journalist Julian Roepke.

Meanwhile, some social media users believed traces in the night sky were a UFO sighting.