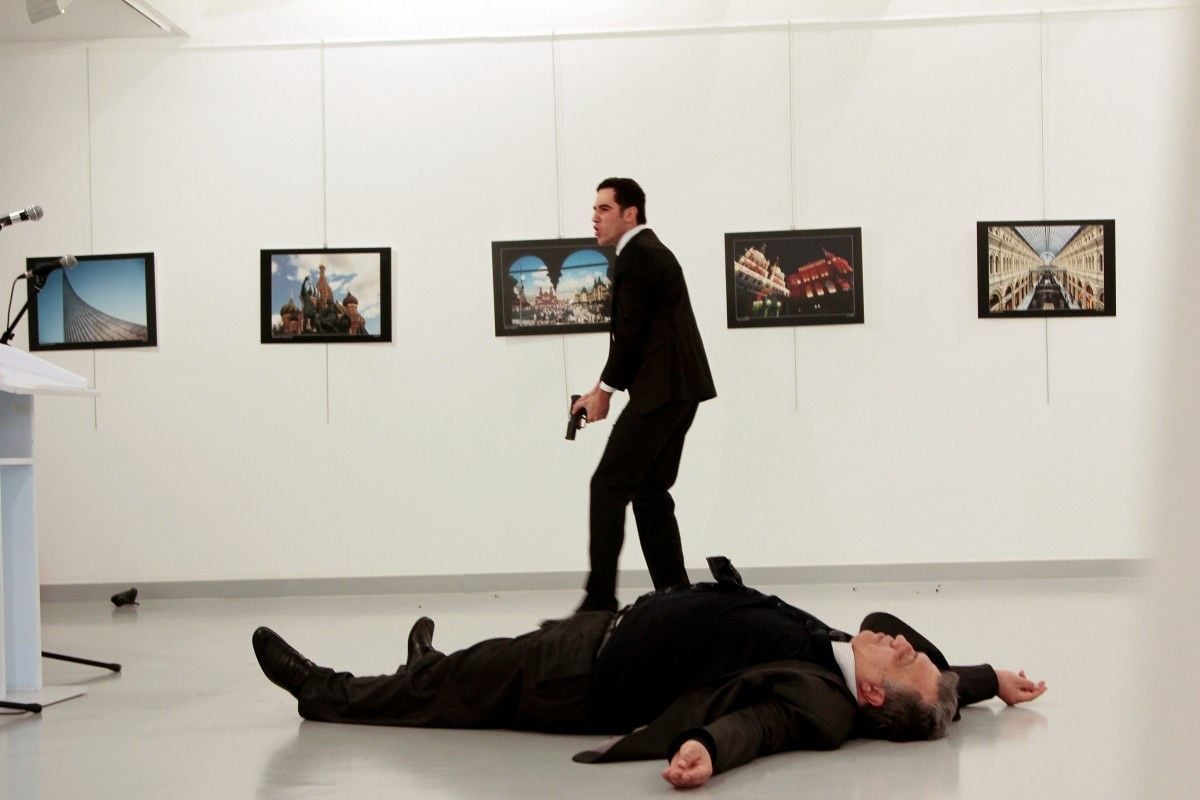 The official Anadolu news agency on December 28 said Mustafa Timur Ozkan had been ordered taken into custody by an Ankara judge on charges of deliberate participation in a murder, RFE/RL wrote.

Russia’s ambassador to Turkey, Andrei Karlov, was shot on December 19, 2016, while speaking at a photography exhibit in the Turkish capital.

The attacker shouted "Don't forget Aleppo!" and other words that seemed to refer to Russia's involvement in the war in neighboring Syria.

Turkish authorities said Karlov's killer was Mevlut Mert Altintas, a 22-year-old policeman who was off-duty at the time. Altintas was shot dead by police at the scene.

Read alsoThe Washington Post remembers 10 Putin critics who died violently or in suspicious waysTurkish officials have detained several other people suspected of involvement in the ambassador's killing over the past year.

Ozkan, who had organized the exhibition of Russian landscape photographs at the gallery in Ankara's upscale Cankaya district, had initially been detained in January but then released.

The authorities did not immediately say what led them to focus again on Ozkan.

The Karlov killing did little damage to a Russian-Turkish rapprochement that was taking place at the time, with Russian President Vladimir Putin and Turkish President Recep Tayyip Erdogan seeking to mend ties.

Read alsoAnalysts on terrorist attacks in Ukraine: Fewer but more violent and symbolicRussia and Turkey support opposing sides in the Syrian war, and their relationship was badly damaged when Turkish jets shot down a Russian warplane near the Syrian border in November 2015.

If you see a spelling error on our site, select it and press Ctrl+Enter
Tags:Turkeyarrestmurder