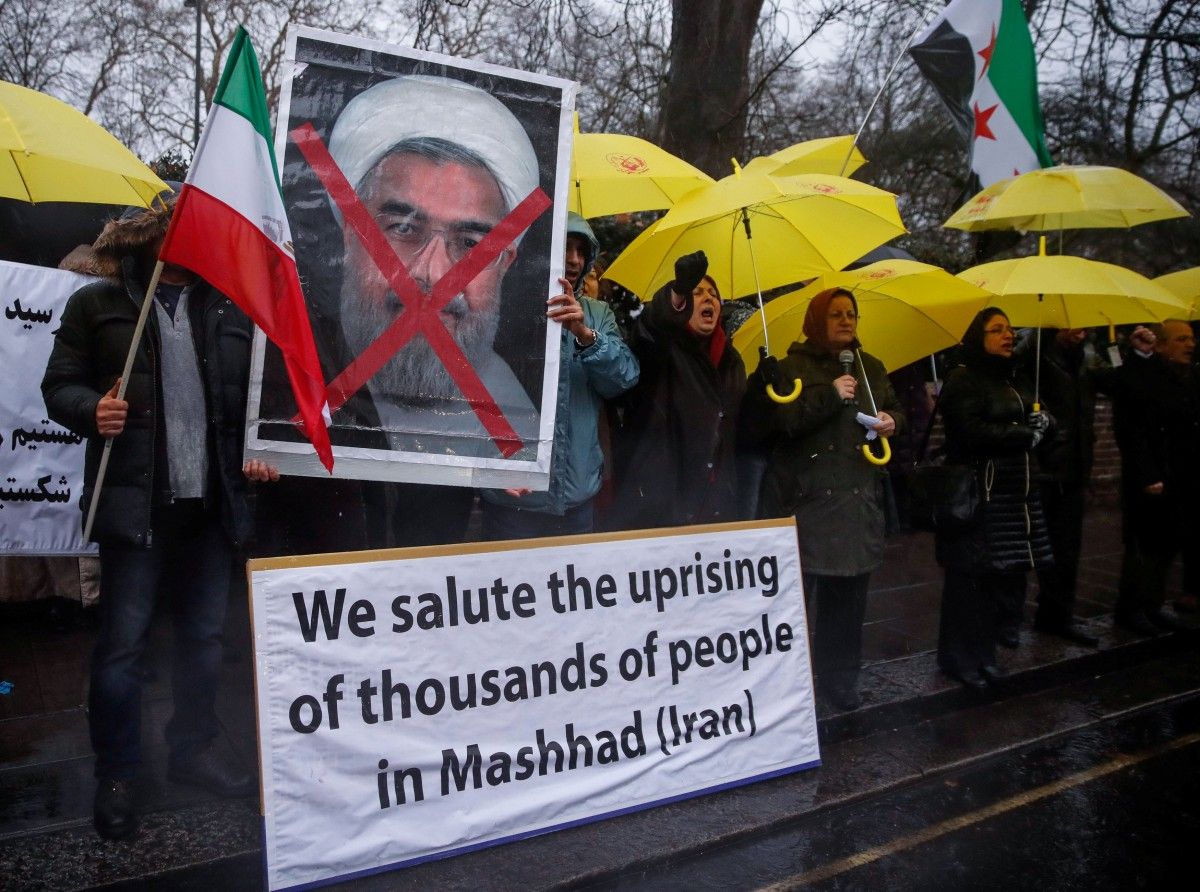 The nationwide protests have drawn in tens of thousands of people and represent the boldest challenge to Iran's leadership since pro-reform unrest in 2009, Reuters said.

Calls for more demonstrations on Monday raise the possibility of prolonged instability.

"In the events of last night, unfortunately, a total of about 10 people were killed in several cities," state television said while showing footage of damage from the demonstrations. It gave no further details of the deaths.

Unsigned statements posted on social media urged Iranians to demonstrate again in the capital Tehran and 50 other urban centers.

Iran is a major OPEC oil producer and regional power but frustrations have grown at home while the country is deeply involved in Syria and Iraq as part of a battle for influence with rival Saudi Arabia.

Those foreign interventions are also fueling anger in the Islamic Republic because Iranians want their leaders to create jobs instead of engaging in costly proxy wars.

The unrest erupted in the second city of Mashhad against price rises but it swiftly spread and turned into political rallies.

Some called on Supreme Leader Ayatollah Ali Khamenei to step down and chanted against a government they described as thieves.

Demonstrators say they are angry over corruption and economic hardship in a country where youth unemployment reached 28.8 percent last year.

Protests continued overnight even though President Hassan Rouhani appealed for calm. In remarks carried on state TV, he said Iranians had the right to criticize authorities but also warned of a crackdown.

"The government will show no tolerance for those who damage public properties, violate public order and create unrest in the society," Rouhani said. Hundreds of people have been arrested but security forces have largely shown restraint.

Iran's leaders believe they can count on support from many of the generation that took part in the 1979 revolution because of their ideological commitment and the economic gains they have made under the government, analysts say.

Read alsoProtests hit Tehran, two demonstrators reported killed – mediaTwo people were shot dead in the southwestern town of Izeh on Sunday and several others were injured, ILNA news agency quoted a member of parliament as saying. It was not clear if the two dead were part of the 10 cited on state television.

"I do not know whether yesterday's shooting was done by rally participants or the police and this issue is being investigated," Hedayatollah Khademi was quoted as saying.

Regional governor Mostafa Samali told the semi-official news agency Fars that just one person had been killed and that the incident was unrelated to the protests and the alleged shooter had been arrested.

Police in the center of Tehran fired water cannon on Sunday to try to disperse demonstrators, according to pictures on social media.

Demonstrations turned violent in Shahin Shahr in central Iran. Videos showed protesters attacking the police, turning over a car and setting it on fire. Reuters could not immediately verify the authenticity of the footage.

There were also reports of demonstrations in the western cities of Sanandaj and Kermanshah as well as Chabahar in the southeast and Ilam and Izeh in the southwest.

The protests were the biggest since unrest in 2009 that followed the disputed re-election of then-President Mahmoud Ahmadinejad.

If you see a spelling error on our site, select it and press Ctrl+Enter
Tags:victimsIranunrest