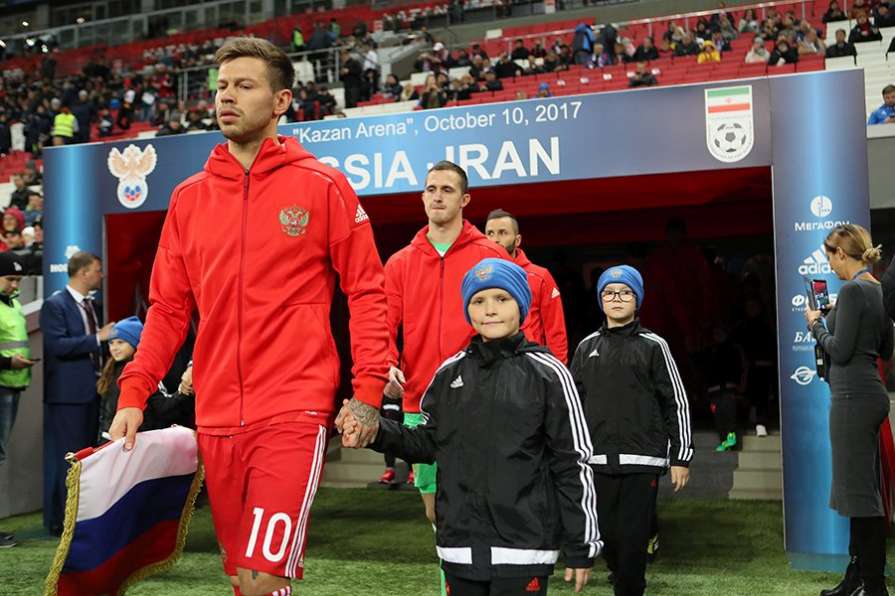 Photo from Football Union of Russia

And Russia planned to swap urine samples at the 2018 World Cup so that its footballers could take drugs with impunity this summer, in a carbon copy of their operation at the Sochi Winter Olympics, according to those close to Grigory Rodchenkov, the former head of the Moscow anti-doping laboratory, the Daily Mail wrote.

But Bryan Fogel, director of Icarus, the documentary film which detailed Rodchenkov's flight to the USA and revealed the extent of the Russian doping conspiracy, has indicated that the lab director's testimony on football will be just as damning as for winter sports or athletics.

It means that FIFA are heading into the Russia 2018 World Cup while trying to investigate and potentially discipline the host nation for what looks like the biggest doping scandal football has known. It could lead to the Russia team losing several players and will likely lead to calls for Russia to be banned from their own World Cup.

Read alsoRussians no longer dispute Olympic doping operation - NYTFogel, who spent two years investigating doping and getting to know Rodchenkov before he went into witness protection, has revealed more details about Russia's football doping programme and how it was allegedly orchestrated by Vitaly Mutko, the Deputy Prime Minister of Russia, who until last month was in charge of Russia 2018.

Fogel said: 'What I know from Grigory is that the order from Mutko was: "Football must be clean."

Read alsoMutko steps down as head of World Cup organizing committee amid doping scandal'What that meant was that there should never be positives reported in football, even though all the footballers were on the state-sponsored doping programme.'

Rodchenkov is the whistleblower who initially revealed to Fogel and then to the World Anti-Doping Agency that Russian government security agents had helped him defraud the Sochi 2014 Winter Olympics by passing tainted Russian samples through a hole in the wall in the anti-doping lab, to be replaced with clean urine.

Pressure is now on FIFA to interview Rodchenkov. However, FIFA have yet to make contact with him, other than indicating to the WADA intermediary that they wish to do so.

FIFA claim they want to analyse all the data they have been given to allow for a more informed interview with Rodchenkov 'relatively soon'.

If you see a spelling error on our site, select it and press Ctrl+Enter
Tags:RussiafootballSochidopingwinterolympics