It wasn't clear whom Korobov may have met with. 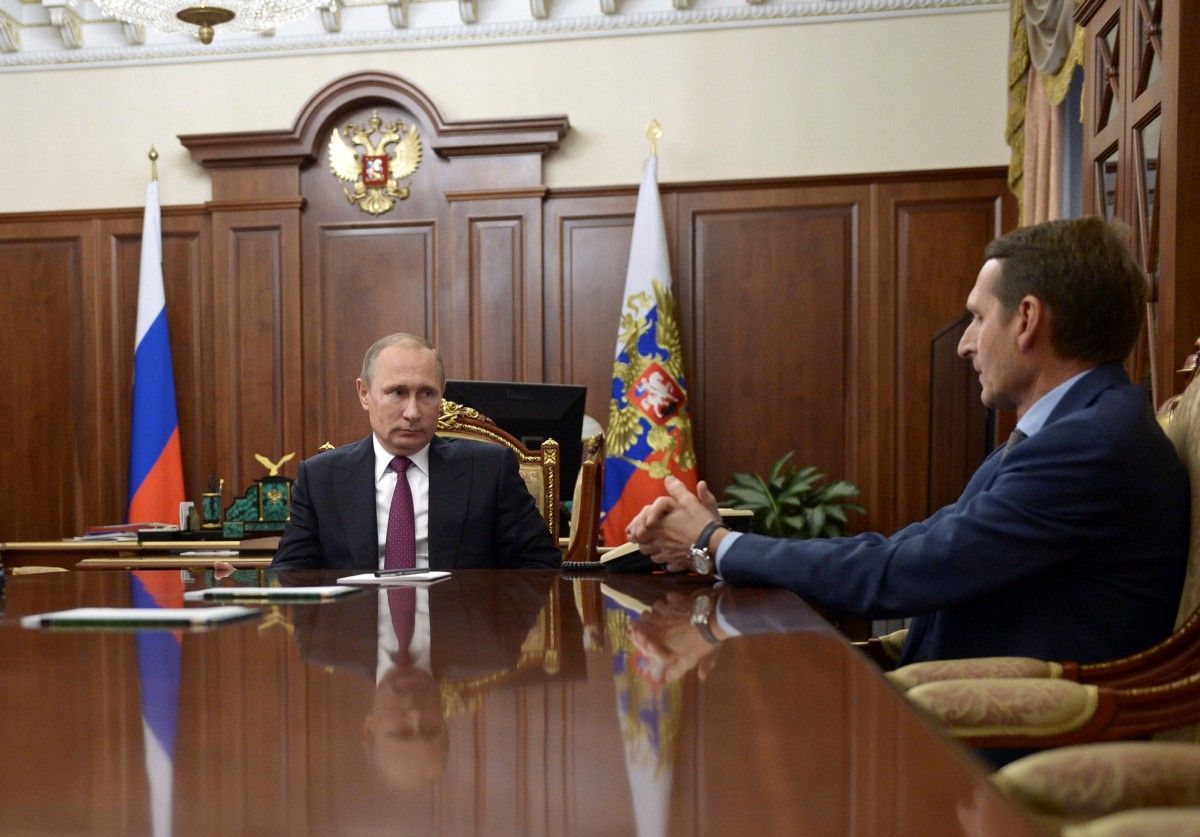 The directors of Russia's three main intelligence and espionage agencies all traveled to the U.S. capital in recent days, in what observers said was a highly unusual occurrence coming at a time of heightened U.S.-Russian tensions.

Russia's ambassador to the United States had earlier confirmed that Sergei Naryshkin, the head of the Foreign Intelligence Service (SVR), was in Washington in recent days to meet with U.S. officials about terrorism and other matters, according to Radio Liberty.

But the presence of the two other chiefs – Aleksandr Bortnikov, director of the Federal Security Service (FSB), and Lieutenant General Igor Korobov, chief of Russian General Staff's Main Intelligence Directorate (GRU) – was not previously known.

The Washington Post said on January 31 that Bortnikov and Korobov came to the U.S. capital last week and that Bortnikov had met with CIA Director Mike Pompeo, as did Naryshkin.

It wasn't clear whom Korobov may have met with.

The visits came also just days before President Donald Trump's administration announced new actions against Russia, in compliance with a law passed overwhelmingly by Congress last summer. But the measures taken late on January 29 by the State and Treasury departments were met with disbelief by many observers, who expected asset freezes, travel bans, and other sanctions to be imposed, none of which happened.

In a radio interview in Moscow on January 30, U.S. Ambassador to Russia Jon Huntsman said Pompeo had indeed met with Russian spy officials, but he did not say where the meeting occurred or say specifically who attended.

"Just in the last week, he has had probably the most important meetings on counterterrorism that we've had in a very, very long time, at the senior levels," Huntsman told Ekho Moskvy radiо.

A spokesman for the Russian Embassy in Washington did not immediately respond to an e-mail seeking comment.

A CIA spokesperson declined to give details of Pompeo's meetings.

Read alsoBBC: Russia 'will target U.S. mid-term elections,' says CIA chief"While we do not discuss the schedules of U.S. intelligence leaders, rest assured that any interaction with foreign intelligence agencies would have been conducted in accordance with U.S. law and in consultation with appropriate departments and agencies," the official said in an e-mail to RFE/RL, on condition of anonymity.

Pompeo said in a January 29 interview with the BBC that U.S. and Russian spy agencies had cooperated, but he told the BBC that Russia was still considered an adversary. "I haven't seen a significant decrease in their activity," he said.

CIA directors regularly meet and hold talks with their Russian counterparts on a variety of issues. But veteran and retired U.S. intelligence officers say the presence of all three Russian officials in Washington at the same time, and at a time of intense scrutiny over Russia's alleged interference in the 2016 U.S. presidential campaign, is highly unusual.

"I can't recall any time in the last 15 years" that all three Russian agency chiefs were in the U.S. capital at the same time, Steven Hall, a former CIA station chief in Moscow, tells RFE/RL. "It's highly unusual."

During his tenure, Hall says, it was always a big deal, politically and logistically, whenever a senior Russian intelligence officer got in to see a U.S. counterpart, giving Moscow a way to assert they were on equal footing with the United States.

The Russians "consider it a big political win if they can do it. There is certainly a political perspective," Hall says. "So it's particularly strange under these circumstances that we would want to give them something like that."

"Given the political conditions in the United States now, it's flabbergasting to be honest. I can't imagine who would have signed off on that," he adds.

A U.S. intelligence assessment released in January 2017 said the two oversaw a hacking-and-propaganda campaign to sway the 2016 election campaign.

The SVR, meanwhile, was linked by U.S. law enforcement to a ring of "deep cover" agents who were living in the United States and arrested and deported in 2010.

An SVR officer posing as an attache at the Russian mission to the United Nations was also linked to an effort to recruit Carter Page, a former Moscow-based investment banker who was later an official in Donald Trump's election campaign.

Naryshkin's trip to the United States raised concerns among some U.S. senators.

The chamber's Democratic leader, Chuck Schumer, pointed out that Naryshkin had been hit with a travel ban by the United States in 2014 in connection with Russia's annexation of the Ukrainian Black Sea peninsula of Crimea.

If you see a spelling error on our site, select it and press Ctrl+Enter
Tags:#Russia#USA#intelligence