Fidelito had been working for his uncle President Raul Castro as a scientific counselor to the Cuban Council of State and Vice-president of the Cuban Academy of Sciences at the time of his death. 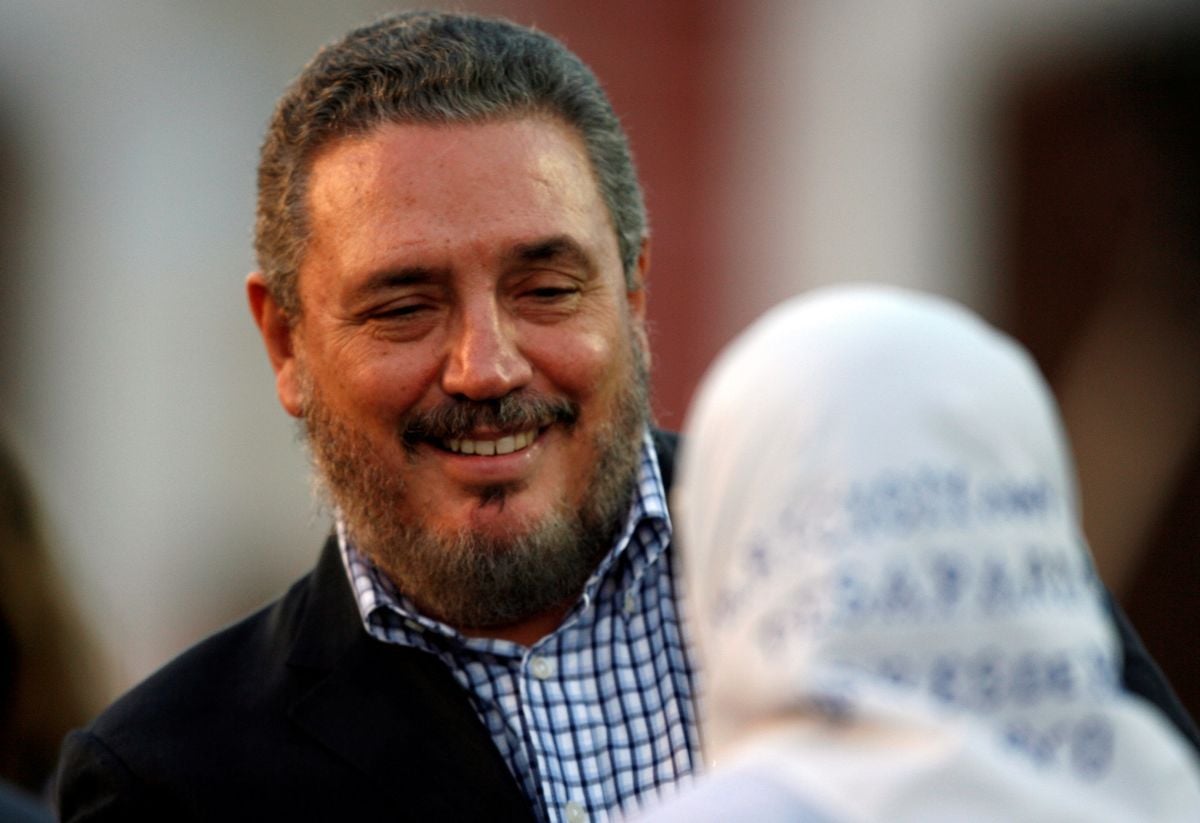 The nuclear scientist, also known as "Fidelito", or Little Fidel, because of how much he looked like his father, had initially been hospitalized and then continued treatment as an outpatient, as reported by Reuters.

"Castro Diaz-Balart, who had been attended by a group of doctors for several months due to a state of profound depression, committed suicide this morning," Cubadebate website said.

Fidelito, who had the highest public profile of all Castro's children, was born in 1949 out of his brief marriage to Mirta Diaz-Balart before he went on to topple a U.S.-backed dictator and build a communist-run state on the doorstep of the United States during the Cold War.

Through his mother, Castro Diaz-Balart was the cousin of some of Castro's most bitter enemies in the Cuban American exile community, U.S. Representative Mario Diaz-Balart and former U.S. congressman Lincoln Diaz-Balart.

Read alsoFormer Cuban leader Fidel Castro dies aged 90He was also the subject of a dramatic custody dispute between the two families as a child.

Cuba scholars say his mother took him with her to the United States when he was aged five after announcing she wanted a divorce from Castro, while he was imprisoned for an attack on the Moncada military barracks in Santiago.

Castro was able to bring Fidelito back to Cuba after the 1959 revolution.

A multilingual nuclear physicist who studied in the former Soviet Union, Castro Diaz-Balart was head of Cuba's national nuclear program from 1980 to 1992, and spearheaded the development of a nuclear plant on the Caribbean's largest island until his father fired him.

Cuba halted its plant plans that same year because of a lack of funding after the collapse of Cuba's trade and aid ties with the ex-Soviet bloc and he largely disappeared from public view appearing at the occasional scientific conference or diplomatic event.

Fidelito had been working for his uncle President Raul Castro as a scientific counselor to the Cuban Council of State and Vice-president of the Cuban Academy of Sciences at the time of his death.

A former British ambassador to Cuba, Paul Hare, who lectures at Boston University's Pardee School of Global Studies, said Castro Diaz-Balart had seemed "thoughtful, rather curious about the world beyond Cuba" at a dinner in Boston two years ago.

"But he seemed a bit weary about having to be a Castro, rather than himself," Hare said.

Jonathan Benjamin-Alvarado, a Cuba expert at the University of Nebraska in Omaha, said Fidelito had provided him with invaluable help in the 1990s while he was writing a book on Cuba's nuclear program.

In 2000 they met again at a conference in Moscow and Fidelito worked "the room full of international nonproliferation experts, diplomats and journalists with aplomb, speaking no less than four languages -Spanish, English, Russian and French."

Benjamin-Alvarado said he suspected Fidelito's title as scientific advisor was largely ceremonial as his views on energy development were not incorporated into national policies.

"He had written extensively on Cuba's need for developing renewable energy resources," Benjamin-Alvarado said. "And yet almost all efforts by the Cuban government were geared to maintaining the status quo of oil dependency."

"I imagine that was disappointing for him."