A deadly sarin attack on a rebel-held area in April prompted Trump to order a missile strike last year on the Shayrat air base, from which the Syrian operation is said to have been launched. 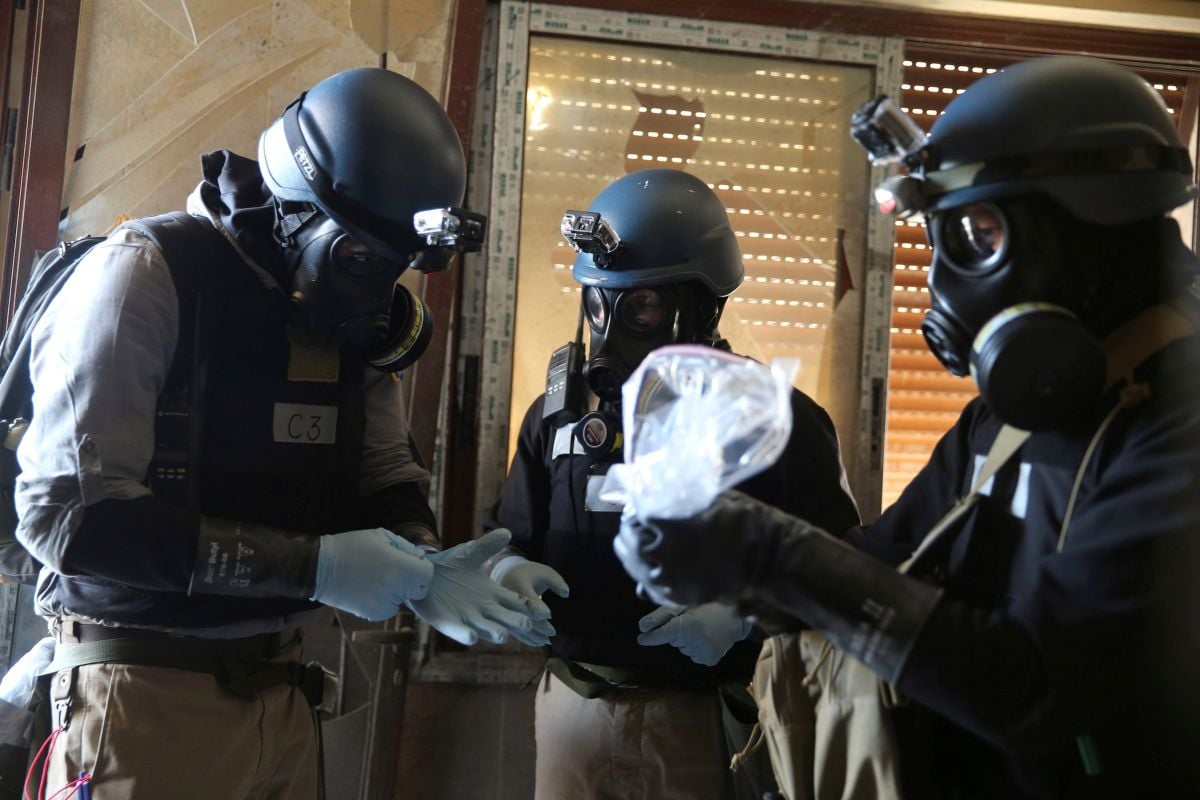 President Bashar al-Assad is believed to have secretly kept part of Syria's chemical weapons stockpile despite a U.S.-Russian deal under which Damascus was supposed to have handed over all such weapons for destruction in 2014, the officials said, Reuters wrote.

Assad's forces have instead "evolved" their chemical weapons and made continued occasional use of them in smaller amounts since a deadly attack last April that drew a U.S. missile strike on a Syrian air base, the officials told reporters in a briefing.

Read alsoRussia vetoes UN resolution on chemical weapons probe in Syria - CNNCharacteristics of some of those recent attacks suggest that Syria may be developing new weapons and methods for delivering poison chemicals, possibly to make it harder to trace their origin, the officials said, speaking on condition of anonymity, but they declined to provide specifics.

A deadly sarin attack on a rebel-held area in April prompted Trump to order a missile strike last year on the Shayrat air base, from which the Syrian operation is said to have been launched.

"We reserve the right to use military force to prevent or deter the use of chemical weapons," one official said while declining to specify how serious a chemical attack would have to be to draw a fresh U.S. military response.

A second official said, however, that the Trump administration hopes that stepped-up international sanctions and diplomatic pressure will help rein in Assad's chemical weapons program.

If the international community does not act quickly to tighten the screws on Assad, Syria's chemical weapons could spread beyond its borders and possibly even "to U.S. shores," the second official said.

"It will spread if we don't do something," the official warned.

Russia has denied any complicity, and the Syrian government has said it has not carried out any of the attacks.

The U.S. officials suggested that if left unchecked there would be more smaller chemical attacks as an "instrument of terror" to compensate for Assad's lack of adequate manpower to retake some opposition-held areas.

"They think they can get away with it if they keep it under a certain level," an official said.

If you see a spelling error on our site, select it and press Ctrl+Enter
Tags:RussiaUSASyriachemicalweapons