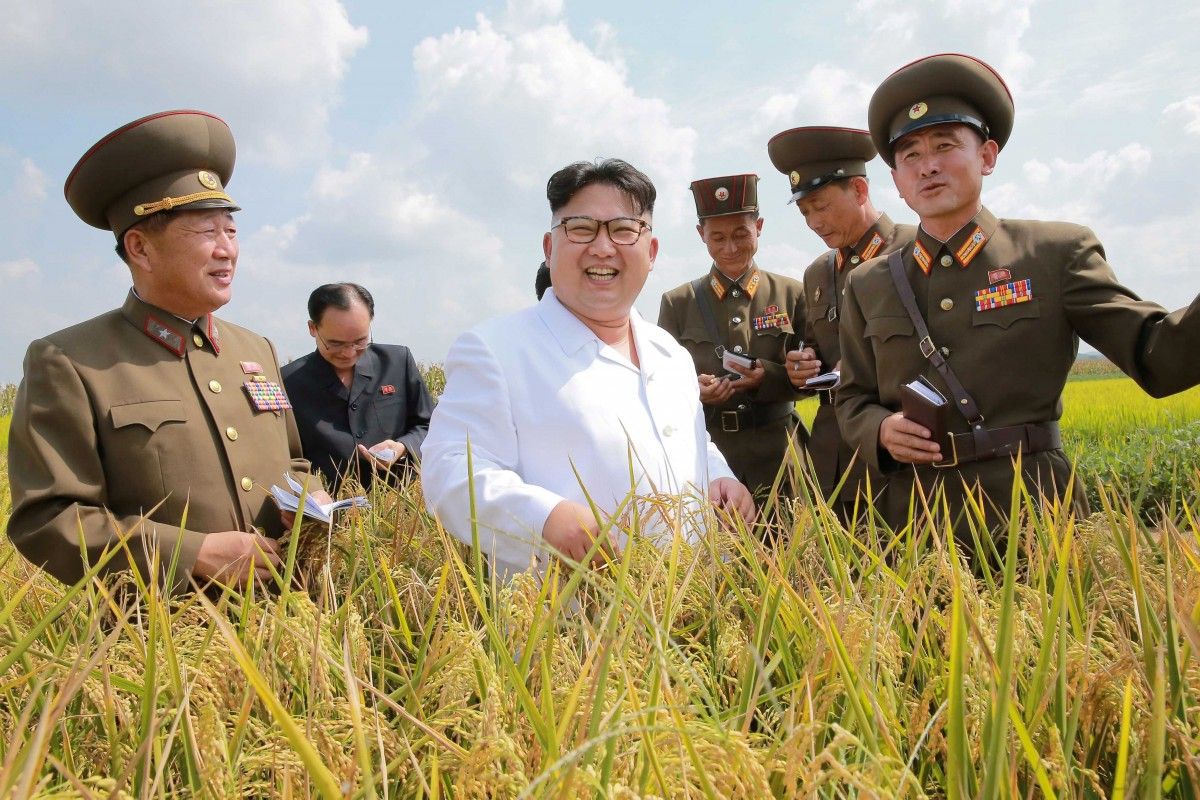 North Korea violated United Nations sanctions to earn nearly $200 million in 2017 from banned commodity exports, according to a confidential report by independent U.N. monitors, which also accused Pyongyang of supplying weapons to Syria and Myanmar.

The report to a U.N. Security Council sanctions committee, seen by Reuters on Friday, said North Korea had shipped coal to ports, including in Russia, China, South Korea, Malaysia and Vietnam, mainly using false paperwork that showed countries such as Russia and China as the coal origin, instead of North Korea.

The 15-member council has unanimously boosted sanctions on North Korea since 2006 in a bid to choke funding for Pyongyang's nuclear and ballistic missile programs, banning exports including coal, iron, lead, textiles and seafood, and capping imports of crude oil and refined petroleum products.

The North Korean mission to the United Nations did not immediately respond to a request for comment on the U.N. report. Russia and China have repeatedly said they are implementing U.N. sanctions on North Korea.

The monitors said they had investigated ongoing ballistic missile cooperation between Syria and Myanmar, including more than 40 previously unreported North Korea shipments between 2012 and 2017 to Syria's Scientific Studies and Research Centre, which oversees the country's chemical weapons program.

The investigation has shown "further evidence of arms embargo and other violations, including through the transfer of items with utility in ballistic missile and chemical weapons programs," the U.N. monitors wrote.

They also inspected cargo from two North Korea shipments intercepted by unidentified countries en route to Syria. Both contained acid-resistant tiles that could cover an area equal to a large scale industrial project, the monitors reported.

Read alsoTrump accuses Russia of helping North Korea evade sanctions – mediaOne country, which was not identified, told the monitors the seized shipments can "be used to build bricks for the interior wall of a chemical factory."

The Syrian mission to the United Nations did not immediately respond to a request for comment on the U.N. report.

The U.N. monitors also said one country, which they did not identify, reported it had evidence that Myanmar received ballistic missile systems from North Korea, along with conventional weapons, including multiple rocket launchers and surface-to-air missiles.

Myanmar U.N. Ambassador Hau Do Suan said the Myanmar government "has no ongoing arms relationship, whatsoever, with North Korea" and is abiding by the U.N. Security Council resolutions.

Under a 2016 resolution, the U.N. Security Council capped coal exports and required countries to report any imports of North Korean coal to the council sanctions committee. It then banned all exports of coal by North Korea on Aug. 5.

The U.N. monitors investigated 16 coal shipments between January and Aug. 5 to ports in Russia, China, Malaysia and Vietnam. They said Malaysia reported one shipment to the council committee and the remaining 15 shipments violated sanctions.

After the coal ban was imposed on Aug. 5, the U.N. monitors investigated 23 coal shipments to ports in Russia, China, South Korea and Vietnam. The U.N. monitors said all those shipments "would constitute a violation of the resolution if confirmed."

"The DPRK combined deceptive navigation patterns, signals manipulation, transshipments as well as fraudulent documentation to obscure the origin of the coal," the monitors said.

The U.N. monitors "also investigated cases of ship-to-ship transfers of petroleum products in violation (of U.N. sanctions)... and found that the network behind these vessels is primarily based in Taiwan province of China."

The monitors said one country, which they did not name, told them North Korea had carried out such transfers off its ports of Wonsan and Nampo and in international waters between the Yellow Sea and East China Sea between October and January.

The report said several multinational oil companies, which were not named, were also being investigated for roles in the supply chain of petroleum products transferred to North Korea.

If you see a spelling error on our site, select it and press Ctrl+Enter
Tags: #Syria#NorthKorea#armsexports
Latest news