Filippov was one of the best pilots of a Russian assault aviation unit. 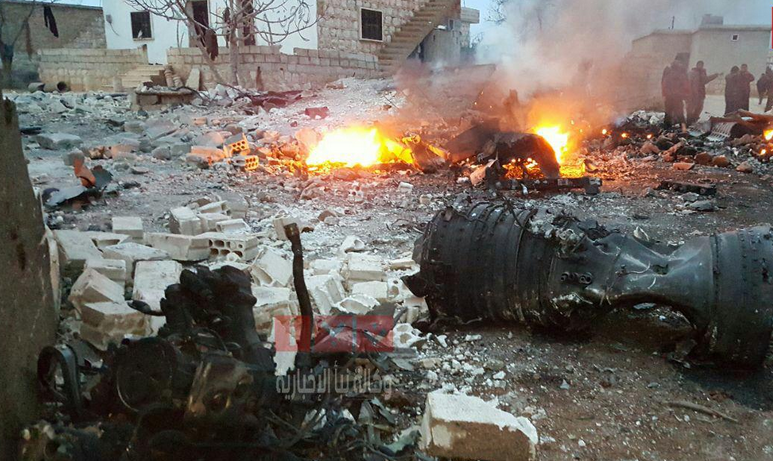 Russian Air Force Major Roman Filippov, a pilot of Russia's Su-25, who was killed after his jet had been downed in Syria, has never been a Ukrainian citizen.

"He is a Russian career military who was transferred to Crimea from the Russian Federation and became a member of the 37th mixed aviation regiment (under command of Colonel Oleg Terebunsky)," Ukrainian journalist Yuriy Butusov wrote on Facebook.

"The regiment is based in Hvardiyske in occupied Crimea. The information of the Russian Defense Ministry, spread by the Russian Novaya Gazeta newspaper that Filippov was a former Ukrainian defector, is not true," Butusov said.

Read alsoBBC: Russian fighter jet 'shot down' in Syria's Idlib province (Photo, video)According to him, Filippov was one of the best pilots of a Russian assault aviation unit, repeatedly took part in Aviadarts military drills.

"But he chose to be a terrorist and flew to the war in Syria. The Russian air force has mercilessly been bombing the town of Saraqeb and nearby settlements for over a week. For all that time the insurgents could not retaliate against Russian air terrorists," Butusov wrote.

Saraqeb is not occupied by ISIS terrorists, opposite to what the Russian media report, he said. This city has long been under Turkish-backed insurgents' control.