Experts suggest Russia is still interested in the Kurdish forces burning Turkish tanks on the approaches to Afrin. 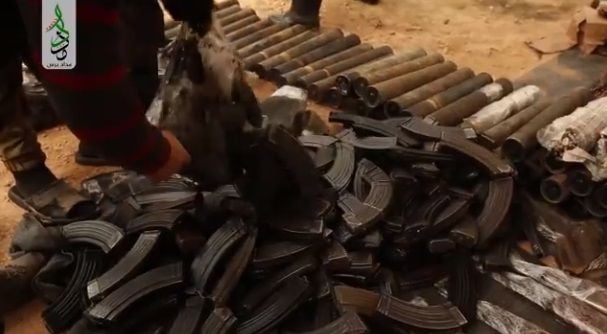 #Pt. Weapons incl. many #ATGM|s intended for #YPG in #Afrin were hidden in a cistern-truck. pic.twitter.com/IrIOrt0XIY

On February 4, a video footage was released of the interception by the Turkish army along with the SSA fighters of a gasoline tanker truck transporting a concealed batch of weapons and ammunition to the YPG. The truck was stopped en route to Afrin, the city controlled by YPG since 2012, according to InformNapalm.

The footage shows a large number of RPG-7 rocket launchers and anti-tank guided missile launchers Fagot, Metis-M and the Competition. Although these weapons were designed in Soviet times, their main operator today is the Russian Federation, InformNapalm write.

"Russia could intensify the supply of weapons to Kurdish forces in connection with the beginning of the Olive Branch operation of the Turkish armed forces and the pro-Turkish armed formations of the Syrian opposition," the experts noted.

It is reported that the operation began on January 20, 2017, while on February 3, 2018, Turkish President Recep Tayyip Erdogan announced the successful advancement of forces taking part in the Olive Branch toward Afrin.

"Anti-tank missile systems, probably supplied by Russia for YPG, are designed to destroy Turkish tanks and armored vehicles in the battles for Afrin," the volunteers say.

They recalled that during a press conference at the UN General Assembly in 2015, Russian Foreign Minister Sergei Lavrov admitted that Russia was supplying weapons to the Kurds via the Iraqi government. These arms shipments to Syrian Kurds were announced in the context of the alleged fight against the Islamic State. But after Turkey downed a Russian Su-24 warplane, Russia said it would provide direct military support to the Syrian Kurds.

#AfrinOp: enormous quantity of weapons for #YPG intercepted by Zinki on its way to #Afrin region. It includes many #ATGMs: #Fagot & #Metis-M (pictured) but also #Konkurs. Video following. pic.twitter.com/i3XcRn4ESP

"Apparently, Russia is still interested in the Kurdish forces continuing to burn Turkish tanks on the approaches to Afrin with the help of Russian weapons," Informnapalm concludes.

As UNIAN reported earlier, the YPJ Kurds in Syria destroyed a Turkish Leopard 2A4 main battle tank with a shot from the Fagot ATGM.