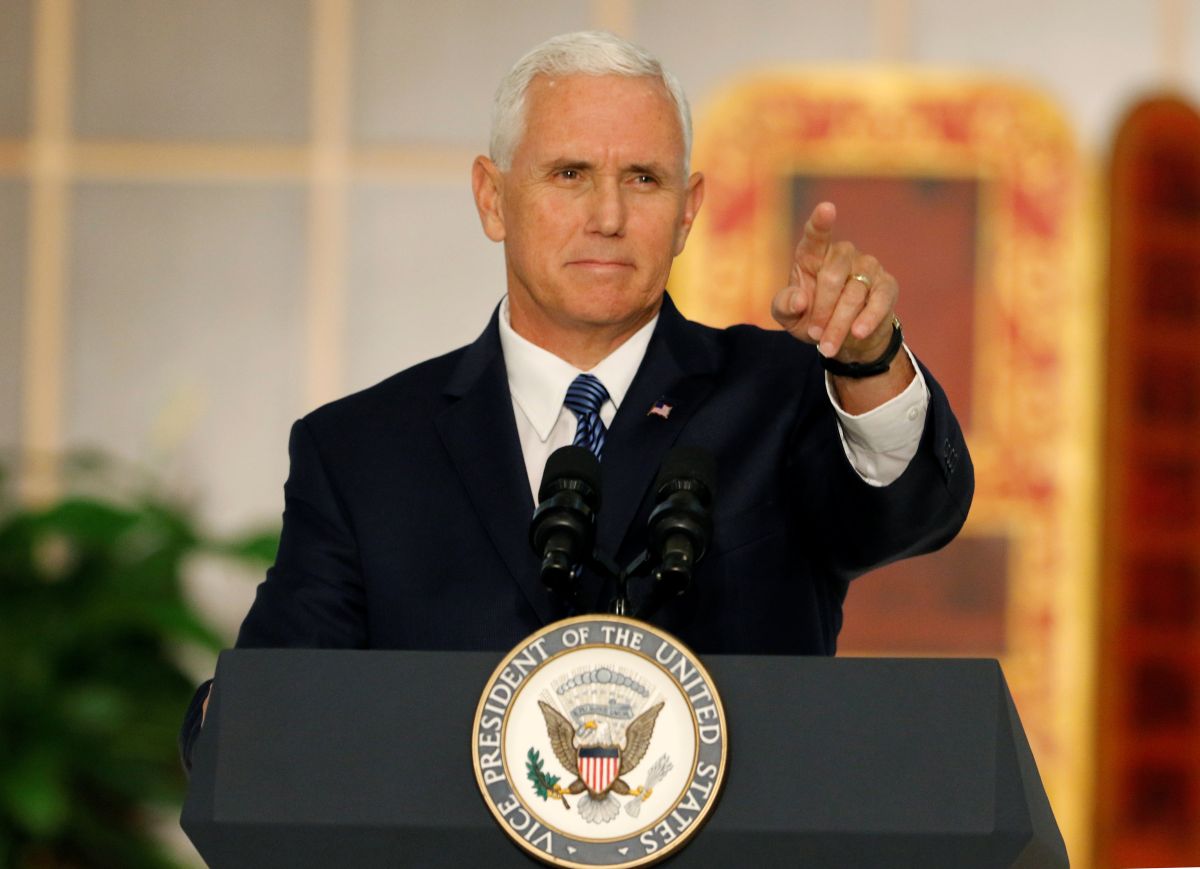 The United States may be looking more favorably at diplomatic engagement with North Korea, possibly holding dialogue, as South Korea pushes forward with plans to establish grounds for a rare summit between the two Koreas.

U.S. Vice President Mike Pence said in a newspaper interview the United States and South Korea have agreed on terms for further diplomatic engagement with North Korea, first with Seoul and then possibly leading to direct talks with Washington without pre-conditions, as reported by Reuters.

Relations between the two Koreas improved in recent weeks, with Pyongyang agreeing to send its highest ranking delegation ever to attend the Winter Olympic Games, being held in the South Korean resort of Pyeongchang.

Speaking to the Washington Post aboard Air Force Two on his way home from the Games, Pence said Washington would keep up its "maximum pressure campaign" against Pyongyang but would be open to possible talks at the same time.

"The point is, no pressure comes off until they are actually doing something that the alliance believes represents a meaningful step toward denuclearization," Pence was quoted on Sunday as saying. "So the maximum pressure campaign is going to continue and intensify. But if you want to talk, we'll talk."

Pence had traveled to the Olympics to counter what Washington said was the North's crude attempts to hijack the Games with a propaganda campaign.

South Korea said it will seek ways to continue engaging North Korea including trying to arrange more reunions for families divided by the Korean War and aim to lower military tensions.

The statement from the Ministry of Unification came after the North Korean delegation concluded its three-day visit which included an invitation for South Korean President Moon Jae-in to travel to Pyongyang for talks.

"(The visit) shows that North Korea has a strong will to improve inter-Korean relations and that Pyongyang can make unprecedented and bold measures if deemed necessary," the ministry said.

The visit of the delegation, which included North Korean leader Kim Jong Un's younger sister Kim Yo Jong, intrigued many in South Korea, but also met scepticism about the North's sincerity and willingness to give up its pursuit of nuclear weapons.

"Although many Koreans are welcoming North Korea's participation in the Pyeongchang Winter Olympics, there are also significant criticism and concerns both domestically and internationally," the statement said.

During the visit, Kim Yo Jong had delivered a letter from her brother asking South Korean President Moon Jae-in to visit Pyongyang at his earliest convenience. Moon had replied, "Let's create the environment for that to be able to happen," according to the presidential Blue House.

Such a meeting, if it came about, would mark the first inter-Korea summit since 2007.

Kim Yo Jong and her delegation spent three days dining with top government officials, watching the opening ceremony of the Pyeongchang Winter Olympics and cheering for the united women's ice hockey team the two Koreas have fielded at this Olympics.

If you see a spelling error on our site, select it and press Ctrl+Enter
Tags: #USA#NorthKorea#SouthKorea
Latest news