The footage shows a precise hit of U.S. Air Force on the Syrian military and units of the Russian PMC Wagner near Deir ez Zor. 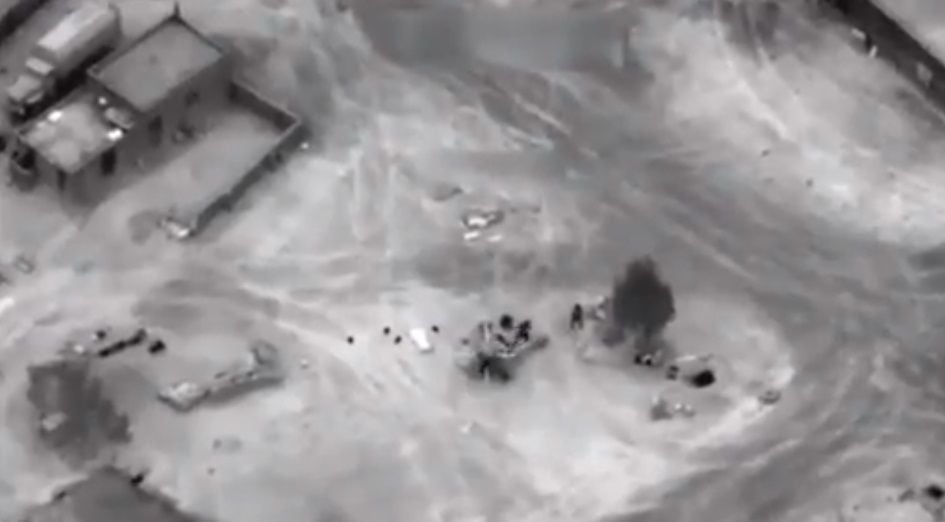 A video was released of the U.S. deadly airstrike on Syrian forces and units of the notorious Russian private military company Wagner near Deir ez Zor in Syria.

The strike first destroys a T-72 main battle tank, then hitting an artillery gun and liveforce, according to a Directorate 4 Telegram channel.

As reported earlier, on Feb 7 as a result of an air strike of a U.S.-led international coalition over 100 fighters of pro-government forces were killed.

It later became known that mercenaries of the Russian PMC Wagner were terminated in the strike.

If you see a spelling error on our site, select it and press Ctrl+Enter
Tags:RussiaUSASyriavideoairstrikePMC